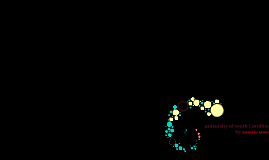 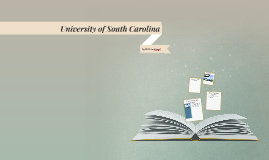 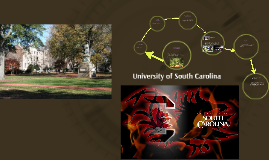 Transcript: Requirements Restaurants Campus Basic stuff It is a public school. It is a State University. The cost is about $17,000. Sports They offer over 79 majors for almost everything from Russian to Athletic training The students are hard working individuals that strive to succeed. Majors Have to score 75% or higher on SAT and a 25 or higher on ACT and a GPA 3.64 Have beat Clemson in football 5 in row in the last 5 years in Football and are back to back National Champions in Baseball Students 36% of the students live in college owned houses. The campus is spread all through out Columbia. There are many restaurants around campus some of the best are Saluda's Restaurant Ruth's Chris Steak House and the Flying Saucer. University of South Carolina

Transcript: Books and supplies: $978 What are admission requirements? Alumni The band Hootie and the Blowfish was started by USC alumni. Senator Lindsey Graham Gary Parsons -founder of XM Satellite radio Leeza Gibbons- Actress Aleen Bailey- Olympic gold medalist Many more Famous/Well-known Alumni Interesting Tidbits "One of the most welcoming schools that i have ever attended" -Shameka Huff About the College As of August 8, 2013, the enrollment at USC as a whole, was a total of 7,938 students Average GPA Room and board: $8,908 3% Asian Guidance counselor evaluation form. Official Transcript containing 4 units of English, 4 units of Mathematics, 3 units of Laboratory Sciences, 3 units of Social Studies, 2 units of Foreign Language, 1 unit of Fine Arts, 1 unit in Academic Electives. Official SAT/ACT scores Freshmen application, along with a 50 dollar application fee. Gender What are tuition costs? Questions I'd ask a college admissions counselor: Admissions Freshmen admission is based on high school classes and grades. USC offers many different scholarships for in-state and out-of-state students. Some of these scholarships are: Stamps Carolina Scholars Award Carolina Scholars Award Hamilton Scholars Award Lieber Scholars Award Alumni Scholars Award Trustees' Endowment Scholars Award etc. 4% Hispanic/Latino Nursing Pharmacy Philosophy Physics Physical Education Political Science Print Journalism Public Health Public Relations Psychology Real Estate Religious Studies Retailing Russian Social Work History of USC: Scholarship offers: Other majors that relate to mine: Career services at USC is a part of the universities law school. Career services offers counseling to individuals. Mock interviews are also among the many things they offer to help with. What type of college is USC: Columbia? Full credit for this Ethnicity chart goes to: https://bigfuture.collegeboard.org/college-university-search/university-of-south-carolina-columbia?searchtype=college&q=University%2Bof%2BSouth%2BCarolina%3A%2BColumbia Average SAT/ACT Scores: 54% Women 45% Men USC was founded December 19, 1801. In that time it was not USC, its name was South Carolina College. South Carolina College was founded in hopes that it would unite South Carolinian s. It became the most influential college before 1861 Estimated personal expenses: $2,420 On campus: Career Services Surrounding Area activities, malls, museums, stores, etc: 1% Non-Resident USC is a 4-year public university. You can receive certificates, an associates, bachelors, masters doctoral degree. Majors! Majors! Majors! Article on College Alumni 78% White USC has all types of social activities any student could get involved in. Such as Greek Fraternity Organizations, Greek Sorority Organizations, Military Organizations, Honor Organizations, and many more. Getting involved should never be an issue here. Urban or Rural? USC prospered before and after the Civil war. 2010-2011 Baseball World Series champions. There are more than 25 restaurants on campus. Shameka L. Huff Shameka was born November 15, 1977 in Columbia, SC. She graduated from Eau Claire High school in 1995 at the age of 17. Shameka was accepted into many different schools, one being Clemson University. Deciding that she was not ready to leave too far from home and needed to prepare herself more for college, she choose to attend Midlands Technical College. After attending Midlands Tech. for 2 -years and earning her Associates degree, she transferred to the University of South Carolina. At the University Shameka Earned her Bachelors degree in Media Arts, minoring in Early Childhood. Shameka choose to further her education at USC and with that she earned her Master Degree in Special Education. Since then Shameka has recently become National Board certified, in 2011. Total: $24,652 Campus Living 31% Out of state 69% In state Diversity Social Activities Five Points Columbia, SC: Shopping, dining, and many more things can be done here. Festivals: Greek Festival, Latin Festival, Oktober Fest, St. Patrick's day Pageant, etc. The South Carolina State Museum Williams-Brice Stadium What is the enrollment? As of 2012, the average GPA at the university was a 4.65 Sample Majors Tuition and fees: $10,816 Do you have to choose a major right away? How many students transfer to USC? How are the scholarships and financial aid rewarded? What information could you give about my major? What are some important deadlines to keep in mind? Is this school a good fit for me? In 2012, the average SAT score at USC was a 1429. The average ACT score was a 32 3% Two or more race Campus Transportation expenses: $1,530 Dorms: At USC there are many different housing options. The housing deposit is 150$They have co-ed housing, men's housing, apartments for married students, etc. Cars: Everyone is allowed to have cars on campus. Requesting a roommate: If you are requesting a roommate, the request has to be mutual. A 14 point questionnaire must be completed. New students are only 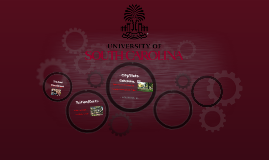 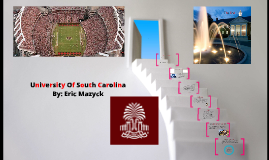 Transcript: Ladder To Success Ends here 3 Facts Mission Statement is to educate the state’s diverse population through teaching, research, creative activity and service Continued $10,791 in-state (resident) $28,461 out-of-state (nonresident) 90% of USC graduates recieve financial aid http://www.sc.edu/ Founded in 1801, then-South Carolina College flourished pre-Civil War, overcame post-war struggles Was rechartered in 1906 as a university, and transformed itself College President Harris Pastides History Of The School Exciting neighborhoods within Columbia, including the Congaree Vista, are home to great restaurants, shops, galleries and nightlife near campus University Of South Carolina By: Eric Mazyck Business is one of the university's greatest degrees you can get Academic Programs Mission Statement of USC USC sits in the center of Columbia, within walking distance of internship sites at businesses, hospitals and government offices Tuition The End Through grants, loans, scholarships and work-study assistance, USC helps make your education affordable 28th President of the (USC) Served as vice president for research and health sciences and dean of the Arnold School of Public Health Was a professor of epidemiology and chairman of the department of biostatistics and epidemiology at the University of Massachusetts at Amherst The Palmetto State established South Carolina College—the precursor to the University of South Carolina—on Dec. 19, 1801 South Carolina's leaders saw the new college as a way to promote "the good order and harmony" of the state enroll more than 44,000 students at eight campus locations across the state 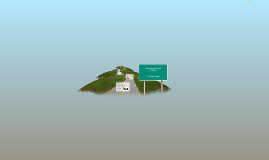 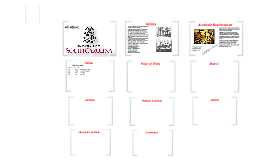 Transcript: All About.. The Universitys mission is to eduacte the state's diverse population through teaching, research, create activity, and service My opinion of Study Total full-time A faculty member who serves as the graduate director in each academic department coordinates admissions decisions $1,000 Tuition Non-resident In 2001, The University celebrated the bicentennial of its charter, but 2005 also marked a watershed anniversary: 200 years since the first classes began at South Carolina College, as it was then known. Carolina has endured the Civil War and Reconstruction, closing and name changing Major of Study $200 History Graduate full-time (12-16hours) Academic Requirements Permanently chartered in 1906 as the University of South Carolina, it grew throughout the 20th century and today is building its reputation as a cutting-edge research institution Comparison 1140 or higher on the SAT Technology fee Graduate assistantships, including tuition reduction, and fellowships are available, and are normally administered by individual graduate directors Appliactions and requirements vary based on the type of study your degree will be on $11,722 Graduate students are admitted through a cooperative effort between the Graduate School and the University's colleges, schools and departments. Resident Application is to the Graduate School online and, admission is granted by the Graduate School on the reccomendation of colleges, schools, and departments. Student Activities GPA of atleast 3.5-4.0 18 Academic High School course with atleast a "B" average (3.00 or higher) $6,408 OR $200 Full time student The University of South Carolina is home to more than 200 years of history and tradition $750 $12,922 Mascot Location $5,458 The 11 buildings that now make up Horsehoe frame a lush lawn that is an irresistible gathering place 28 or higher on the ACT Alumni Health Profession program fee Rising from a single building in 1805 on what would become the heart of the campus, The Horseshoe