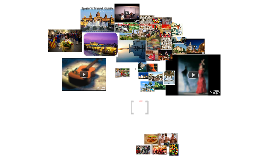 Transcript: Spain's Travel Guide People of Spain WHAT NOT TO DO IN SPAIN Go and See a Bullfight A ban on bullfighting in Barcelona came into effect on January 1, 2012. Why? Because it's cruel. And, as any local might well tell you, bullfighting is a Spanish thing, and 'Catalonia is not Spain'. Though there will no doubt be a rush of people wanting to see a fight there before the ban comes into effect, should you really be going to see something the locals are opposed to? *Instead: There are plenty more places to see Bullfighting in Spain. 2. Mistake Girona or Reus For Barcelona Airport *Countless people fly to Barcelona Girona and Barcelona Reus each year not realizing they're both miles away from Barcelona. Doh! (In fact, it's only Ryanair that describes these airports as 'Barcelona' airports). They're both cities in their own right in their own separate provinces. Each is an inconvenient hour-long bus ride away. Instead: Fly direct to Barcelona, or fly to Girona or Reus but check out the local area first. 3. Feel You HAVE to Go Inside The Sagrada Familia *It's much more interesting from the outside. The views aren't among the city's best. Most of the building is under construction. And you'll be saving 12€. Instead: For good views of Barcelona, go up the Columbus statue at the bottom of the Ramblas. See also: Sagrada Familia, Barcelona 4. Go to The Beach Image: (c) Damian Corrigan Unless you like cigarette butt-infested, concrete sand, scummy water with plastic bags floating around in it and hordes of boisterous beer-swilling tourists, don't go to Barceloneta beach .But that doesn't mean there isn't anything to do in Barceloneta. Instead: You're better off taking a short train ride to Ocata or St Pol de Mar. 5. Eat On Las Ramblas Image: (c) Damian Corrigan Rip-off alert! Instead: There's far better and cheaper food just off Las Ramblas See also: Things to Do on Las Ramblas 6. Be Duped By Thieves Pretending to Show You A Football Move When approached by a complete stranger asking if you like Lionel Messi should he try and wedge a leg between yours in an apparent attempt to show you a football move, then cover your wallet and shout 'thief!' Instead: Politely say no, keep your hands on your wallet, and consider wearing a security belt under your clothes. See also: Barcelona Safety 7. Dress And Act Like a Tourist Walking around topless with a huge sombrero on and a towel thrown over your shoulder might seem like a perfectly good idea. But it really isn't. The less conspicuous you are, the less likely you are to be ripped off, robbed or, for that matter, taken seriously by that hot local chick. Instead: Just dress sensibly! How to spot a guiri (foreigner) in Spain 8. Take Pics of The Ramblas Statues Without Paying Would you like to stand completely still for hours on end being snapped by tourists and not get paid a thing? Well, then. Instead: Carry a little loose change and drop it in their box before snapping. You'll usually get a little show for your troubles. See pictures of some Las Ramblas Statues Ads Costa Rica All Inclusivewww.VacationsCostaRica.comLuxury, all-inclusive Costa Rica Vacations. We're Exeprts! 70% Off First Classwww.alphaflightguru.com/firstclassWe have special discounts to get you 70% off First Class Tickets. 9. Take Taxis Everywhere They're far too expensive. Instead: Two words. The Metro. It'll get you everywhere, for a fraction of the price. Buy a T10 card, and each of the ten journeys will cost you less than a euro. More: Barcelona Metro 10. Respect Queues Ever. It's an Iberian thing. Instead: Push where necessary and don't take it to heart if someone nips in front of you. You'll do it back to someone else eventually. What not to do in Spain Num Num Num Deliciouso Foods in Espania By Taylor Liedtke Foods in Spain Top Ten Places to Visit In Spain 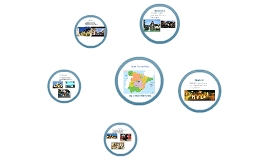 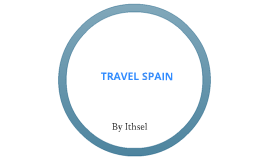 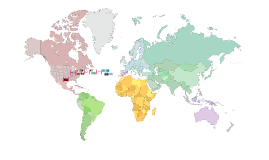 Transcript: Spaniards spend much of their leisure time outdoors, such as sitting at sidewalk cafes or in town squares. Summer vacations at Spain's beaches have become increasingly popular. On weekends, many Spaniards drive to Spanish countryside for picnics or overnight trips. Soccer is Spain's most popular sport, and many stadiums hold more than 100,000 spectators. Bullfighting is Spain's best-known spectacle, so most cities have at least 1 bull ring. Mainland Spain is a mountainous region, dominated by mountain chains and plateaus. Many are major tourist attractions. Spain includes the Balearic Islands in the Mediterranean, and the Canary Islands in the Atlantic, both of which have remarkable scenery. Generally speaking, most of Spain experiences dry and warm summers, but some regions are influenced by the Atlantic Ocean. The Barri Gotic (Catalan for "Gothic Quarter") is the center of the old city of Barcelona, where many of the buildings date from medieval times. Barcelona is home of many points of interest declared World Heritage Sites by UNESCO. Barcelona beach was listed as number on in a list of the top ten city beaches in the World according to National Geographic and Discover Channel. Barcelona has many venues for live music and theater, including the world-renowned Gran Teatre del Liceu opera house. Barcelona has a long sporting tradition, and is home to FC Barcelona. Exciting events are held at the largest stadium in Europe: FC Barcelona's Nou Camp. The Cathedral of St. Mary is the largest of all medieval and Gothic cathedrals, and is very lavishly decorated. The most important art collection of Seville is the Museum of Fine Arts of Seville because it contains many masterworks by numerous artists. The Alcazar, a royal palace in Seville, is the top tourist site in Seville, and is the oldest royal palace still in use in Europe. The Metropol Parasol, in La Encarnacion square, is the world's largest wooden structure. Works Cited Madrid By: Justin Yan Gonzalez 5th Barcelona Spain Travel Project Food of Spain Seville The Prado, with its extensive collection of Spanish art, is the most famous museum of Spain and one of the best in the world. The National Archaeological Museum contains many prehistoric cave paintings. Many Catholic churches, some of which are among the most important Spanish religious artworks, are in Madrid. Madrid hosts the largest bullring in Spain, with seating for about 25,000 people. Season starts March and ends in October. Madrid is home to a world-renowned football team, Real Madrid, and has numerous stadiums to host other sports. The Royal Seat of San Lorenzo de El Escorial is a UNESCO World Heritage Site, and also a historical seat of the King of Spain. "Spain." CIA. Central Intelligence Agency, 12 June 2007. Web. 16 May 2013. <https://www.cia.gov/library/publications/the-world- factbook/geos/sp.html>. "Spain Climate and Weather." Country Reports. CountryReports, 15 May 2011. Web. 16 May 2013. <http://www.countryreports.org/country/Spain/geography/climate.htm>. "Spain Facts: Learn Spain Facts." Country Reports. CountryReports, 29 Apr. 2011. Web. 16 May 2013. <http://www.countryreports.org/country/Spain.htm>. "Spain Geography." Country Reports. CountryReports, 15 May 2011. Web. 16 May 2013. <http://www.countryreports.org/country/Spain/geography/overview.htm>. "Spain." National Geographic. National Geographic Society, 12 Jan. 2010. Web. 16 May 2013. <http://travel.nationalgeographic.com/travel/countries/spain-guide/>. Spaniards eat large amounts of seafood prepared in many ways. This includes crabs, sardines, snapper, squid, and land animals such as ham and chicken. Stews and soups are popular in Spain. Gazpacho is a popular dish during warm weather. Most regions of Spain produce wine, and Spaniards drink wine with all meals expect breakfast. Other popular beverages include beer, soft drinks, strong black coffee, and thick hot chocolate. Hot chocolate is usually served with deep-fried strips of dough called churros. Recreation Geography 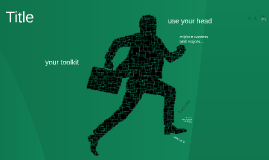 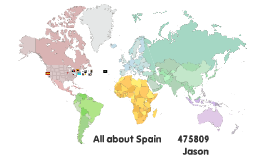 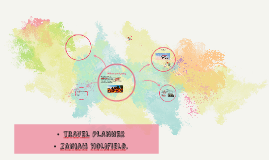 Transcript: day 1. breakfast;pancake bakery lunch;febo dinner:Rancho day 1 we will be in amsterdam and we will go and STAY AT seven bridges hotel AND WE WILL GET AROUND BY BUS FOR THE WHOLE 7 DAYS we are in amsterdam. day 7 we will go out to canal boat tours to see what its like around amsterdam . We will be going to Netherlends,Amsterdam on Janurary 2 and we will come back on Janurary 9.We will be in Amsterdam for 7 whole days.4 PEOPLE ARE GOING. we will get up and make sure everything is packed and make sure we have all of our belongings and then we will go get breakfast and wait until OUR PLANE ARRIVE THEN WE WILL LEAVE. day 6 breakfast ;hotel lunch:febo dinner:maoz Falafel we will go to theater tushkinsi and watch mary poopins afterwards we will go to bluburg ann zee. BREAKFAST:HOTEL LUNCH:MCDONALDS DINNER;HUMPREYS i will leave my hometown at 1:pm and be in amsterdam around 12:00 midnight.OR THE NEXT DAY. we will get up early in the morning well not really early and go eat at starbucks and we will go boat riding until further notice. LUNCH AT FEBOS AND DINnER AT HuMPREYS. and my mother day 2. . Day 3 breakfast:hotel lunch:caf`e de klos SUSAN 14 TRINITY 12 MOM 33 we will rent motorcycles at scooter rent amsterdam and we will ride around amsterdam and go back to our hotel room for the next day because we have to go. T'nizjah 12 trAVEL PLANNER zaniah Holifield. Where am i going day 5 who will go. who will go with me is my two bestfriends and my causin day 4 we will wAKE UP GET DRESS AND GO OUT OUR HOTEL FOR BREAKFAST AND WE WILL go to magma plaza to buy a couple of things.then we will go to lunch and at night go to maoz falafel flight