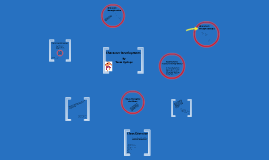 Transcript: “What will undoubtedly interest the reader most in creative nonfiction will be the people involved.” The three main aspects that correlate to characterization in creative nonfiction are: details, dialogue, and action. Character's through dialogue “Dialogue is especially effective if the story you are telling involves people because so much of what makes a person distinctive is the words that he or she uses and the ways in which particular words are used.” “Dialogue allows the readers to judge on their own. What the characters are saying and what they really mean.” Nonverbal ways of communicating are an essential component of how we form our opinions of others. When a reader encounters a new character on the page the reader begins to form conclusions on the character just from how they behave. By an author giving the reader actions, it allows for the reader to form their own conclusion on a character instead of having the author instruct us on what to think. “People must be brought fully to life on the page or the writing will fall flat.” In our movie, this is what is depicted. A “flat” character is all one way: the totally despicable villain or the completely helpless victim are one-dimensional characters. Flat characters make the scene relatively boring and uninteresting. Little character development is used which gives the characters no growth within the context of the story. You can have interesting characters, but if they do not interact with or connect to each other, the story will fall flat and the characters have little chance of expanding and progressing the story forward. Character development helps progress the story forward. Actions speak equally as loud as words in the realm of creative nonfiction. Essay Examples: “You’ll Love The Way We Fly.” When the man gives the writer a tip for her kindness, it gives insight into his experiences in life and how others perceive his character. He is treated poorly and does not expect people to be nice, so when kindness is bestowed upon him by a stranger, he makes a point to offer gratitude. By including this point, the author helped develop his character through action. Essay Examples: Out There At the ending of the story the husband is shown in a photo album and described as disappearing. She built the character through the album because she showed how their marriage was over and how he was never around any longer. In our presentation we talked about flat and round characters. Could anyone name one flat and one round character in our movie? We would like for you to create your own characters in a paragraph or two. You should try explaining one round (complex) character and one extremely flat (lacking dimension) character. Here are some ideas you can consider including in the description of your character: Name/Nicknames: Profession: Observable Physical Traits: Scents: Habits: Mannerisms: Personality: Fear(s)/Flaws: Approximate Age: Character through action Flat vs. Round Characters Character Development By Team Cyclops Class Exercise A “round” character with depth is more interesting for the reader to encounter. When a character is complex it gives the reader more to think about. 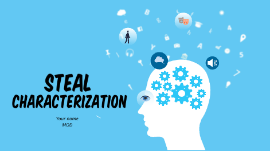 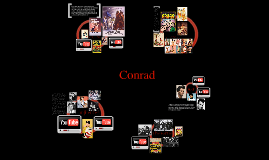 Transcript: Conrad Influences Before the 1950’s, teenagers listened to the music of their parents, but when rock and roll came on the scene teens swarmed to it. Even though teens were able to purchase rock and roll records because they were receiving extra spending money, their parents were opposed to rock and roll music, they despised it, and thought of it as corrupting their children. This sometimes caused friction, it seemed as if teenagers were becoming more rebellious, defensive, and at times, disrespectful, and that listening to rock and roll was the root cause of all this rebellion. However, this belief was often exaggerated because parents didn’t understand the newfound independence and freedom that they never experienced. Yet, rock and roll was something new and parents thought it was shocking and terrible. They felt if their children were listening to this dreadful music that the end must be right around the corner. Although, this wasn’t the case in every household it was in a large number of them. Because parents had never experienced this they thought their children were doomed never realizing it was just a phase and it would be over with once the teen reached adulthood. Later on this clash became known as the generation gap. Nevertheless, with the help of adults, radio, rock shows, concerts, and TV shows like American Bandstand opened doors for teens in the 1950’s to experience things teenagers of the past never experienced. Despite all of the uproar, teenagers in the 1950’s played a huge part in the rise of rock and roll music. Army Life Propaganda played an important role before and throughout World War II. Propaganda helped accelerate the development of the war and hastened actually fighting. It also played a crucial role in individual countries in increasing production and helping the war effort. Without propaganda, it is doubtless that the war would have taken a different course. Addiction's at the beginning of the 1950s, marijuana was legal in most places, and LSD wasn't 'invented' until the late 50s or early 60's. The drug craze of the late 50s and 60s was fueled in part by the desire to be free and different and in part by the restricting forces brought to bear by concerned parents and the government. Drugs were an escape from reality and gave an intense sense of control over reality. Hair I realised my hair type wasnt the same as the generic 'Conrads' wouldve been, so on my search for solution I came across Janelle Monae a rock/soul singer, she has a way of doing her afro-carribbean hair that mimics the mens hairstyle of that time. The Fame Chuck Berry Fats Domino The Everly Brothers Johnny Cash 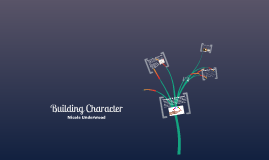 Transcript: Respect & Disrespect Honesty & Dishonesty You will work on your own to draw two pictures. One picture will show what you view as friendship. One picture will show what you view as bullying. Write 3 sentences with each picture describing why or why not it is okay. How can it effect other people? Responsability & Irresponsability You will work in partners using a digital camera to take four pictures. You will have one picture taken of yourself showing empathy in some way. (2 pictures total) You will have one picture taken of yourself showing apathy in some way. (2 pictures total) You will give them to me to download and we as a class will discuss which character is being shown. How can these two characters effect our every day life? Objective: Students will be able to identify attributes of character and their polar opposites to give more concrete meaning to the character. Students will be involved in various activities that enhance the learning of the characters presented in my classroom. Target: First and Second Grade students. Why: Students need to know their boundries. This will become the backbone of our classroom rules, and provides students with a deeper understanding of why rules are important. Task: Before each character is introduced there will be either pictures, songs or clips that dipict that character in some shade. As a class we will discuss and brainstorm how those made us feel after viewing them. What were our thoughts, emotions and actions? Empathy & Apathy Please get with a partner and talk about how you will show me through a skit what being respectful looks like and what being disrespectful looks like. You and your partner will be asked to show the class your skit. You will need to grab a blank white piece of paper. Draw a line down the middle of the paper. At the top of your paper on one half write honesty. On the other half write dishonesty. What do these look like? Write them down. Have you ever been honest? Have you ever been dishonest? How did you feel with each character? Lesson Plans Nicole Underwood Building Character With a partner grab a deck of cards. Have your partner pull all the cards out fo the deck and toss them on the ground in front of you. Will you pick them up? Make them pick them up? Will you help pick them up? Do you think you are being responsible or irresponsible? Why? Friendship & Bullying 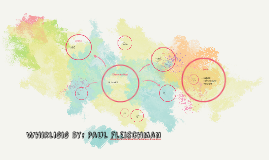 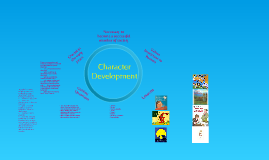 Transcript: Character Development Crucial in the early years Necessary to become a successful member of society Types of conversations and language you hope to foster with examples linked to specific literature: • How can you relate to that character? • What would you do differently if you were the character? • Why do you think the author wrote this story? • Ask students for personal examples of a time that they displayed a positive character trait. • What are the benefits of having positive morals and values? (Specific to the book being read) • What does it mean to be loyal? Brave? Honest... Rationale for choice, include connection to standards in terms of higher-level thinking, literacy, processes, etc. • Relevant to age group • Important characteristics to function in society • Want to provide students of specific examples of character development • Highlight specific examples • How will this make students better readers? These books foster more opportunities for students to infer, and also promotes deep comprehension. Characters are more multifaceted and more complex. Values Important to Possess Honesty Bravery Promise-keeping Loyalty Fairness Respect Pursuit of Excellence Responsibility Guiding Questions How do positive morals and values affect our daily life and why are they important to have? Why is helping our youth to develop positive character traits vital in today's society? What would life be like without these positive character traits? Lessons

Transcript: Sound A xylophone is a musical instrument made from a set of bars or tubes of different lengths. Sound Source A kalimba is an African thumb instrument. Vibration Frequency is how fast or slow something is vibrating. Pitch is how high or low a sound is. Vibration is the rapid back-and-forth movement of an object. Volume Pitch How an object feels, looks, tastes, smells, or sounds is a property of the object. Sound discrimination is identifying sounds as different from one another. Frequency Kalimba A sound source is anything that vibrates in a way that makes a sound. A sound receiver is something that detects, responds to, or hears a sound. Sound Receiver Xylophone Sound is a property! Volume describes how loud a sound is. Sound Discrimination 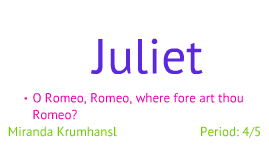