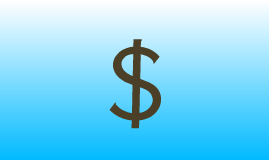 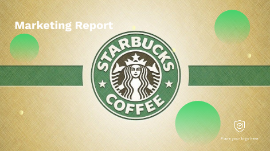 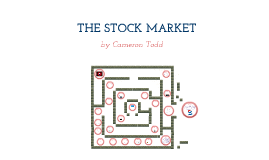 Transcript: This began my downfall. I started to make some big mistakes the next few days. I sold EVERYTHING from the previous days just because they were going down. I didn't even wait for them to go back up. It's not good for your revenues to constantly sell the stocks as soon as you get them. This day, I bought Direxion Daily Gold Miners Bull 3x Shares (NUGT) which was a gold company that was doing extremely well because Gold stocks were doing well after the election. I invested a LOT in this, and thought I was doing decent. AMAZON Today was the first day on stocks I tested out the "buy and hold" method, even though it's not always advisable. I only had two stocks at this point - Toyota Motor Corp (TM) and Cisco Systems Inc. (CSCO). I didn't trade anything, sell anything, because those two were still making profits from the past few days and CSCO was projected to make more. They had bought a new network and a cloud-tech firm, so their earnings went up with this as well. Things were starting to look better for me. I took the advice of Mad Money's Jim Cramer on this one. On this day, it was one of his top picks that day. He was bullish on this stock as Obama had just been elected into his second term and the stock was bringing in the goods. COMPANY HISTORY INTRO PepsiCo Inc. (PEP) was my next stock pick. PepsiCo Inc. is an American multinational food and beverage corporation headquartered in Purchase, New York, United States, with interests in the manufacturing, marketing and distribution of grain-based snack foods, beverages, and other products. PepsiCo was formed in 1965 with the merger of the Pepsi-Cola Company and Frito-Lay, Inc. PepsiCo has since expanded from its namesake product Pepsi to a broader range of food and beverage brands, the largest of which include an acquisition of Tropicana in 1998 and a merger with Quaker Oats in 2001—which added the Gatorade brand to its portfolio. AMAZON (cont.) Major fluctuations are dramatic changes in the stock market. A lot happened over the next few weeks to my portfolio. My fourth pick was Walmart (WMT). Wal-Mart Stores, Inc., branded as Walmart, is an American multinational retailer corporation that runs chains of large discount department stores and warehouse stores. The company is the world's third largest public corporation, according to the Fortune Global 500 list in 2012. It is also the biggest private employer in the world with over two million employees, and is the largest retailer in the world. The company was founded by Sam Walton in 1962, incorporated on October 31, 1969, and publicly traded on the New York Stock Exchange in 1972. It is headquartered in Bentonville, Arkansas. I chose Walmart (WMT) as my fourth stock because they had begun prepping for holiday and Black Friday spending early. They had stocked up on goods that their consumers want. Online shopping was at an all time high on November 8th, and Walmart was destined to get a lot of traffic because of this. These were the days I was seeing how well the buy and hold method actually worked. Although I wasn't doing as terrible as I was the first few days, I wasn't making much profits not buying anything new. So on the last day, November 29th, I decided it was best to add two new stocks to the equation. I bought one I had before, Amazon (AMZN), Netflix (NFLX) and Best Buy (BBY). I bought these two because wewere just coming off the hinges of Black Fridayand Cyber Monday and the traffic to these two were insane. What I'd Like To Learn I probably sold half of the stocks I had bought yesterday today. This marked an important day for me, however, because it's the day I bought Cisco Systems Inc. (CSCO), and I haven't sold it to this day, because it's very consistent and it's fluctuations aren't dramatic. I always rely on CSCO to make me money. The reason I bought it this day was because it was listed as a Midday Mover on CNBC. To start the project, I picked five stocks to get my portfolio started. The first stock I chose was Amazon (AMZN). Wal-Mart Inc. (cont.) The Final Day I learned a lot from the Stock Market game. I learned that stocks really test your patience. You have to play the waiting game a lot and it's aggravating and you have to know how to deal with that. I learned the term "bullish" which means to be optimistic about a stock. Also, I learned not to trust others who are bullish about a certain stock, and go with what you feel is right. Don't buy stocks then sell them right away. If I had the chance to do this again, there's a lot I would do differently. But it definitely was a cool experience. INTRO Date: 11/19/12 Amazon.com is a Fortune 500 e-commerce company founded in Seattle, WA. Amazon was one of the first big companies to sell goods over the Internet. The company was founded by Jeff Bezos in 1994, and was launched in 1995. They started out as an online bookstore and then quickly diversified by adding other items, such as VHS tapes and DVDs, music CDs, software, video games, electronics, 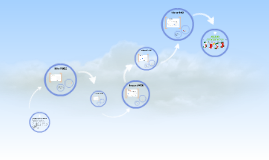 Transcript: Amazon is an online retailer. The Company sells its products through the website which provides services such as advertising services and co-branded credit card agreements. It also offers electronic devices like Kindle e-readers and Fire tablets. Dividend: 12/1/17 at $.30 Recommendation: Strong buy and hold Experts Recommend: Strong buy and hold Started at: $56.02 now $59.27 Nike (NKE) Columbia is an active member in designing, sourcing, marketing and distributing outdoor and active lifestyle apparel, footwear, accessories and equipment. It sells under four brands, Columbia, Sorel, Mountain Hardwear, and PrAna. Overview Doernbecher Freestyle Program: 14 years Patients design shoes Allows children to express creativity $13.7 billion acquisition of Whole Foods with a promise for cheaper food prices. Summary of the Company Dividend:11/15/2017 at $.19 Recommendation: Sell Experts Recommend: Buy Started at: $61.8 now 68.21 Nike designs, develops and markets footwear, apparel, equipment, and accessory products. It sells its products through its factory retail stores and internet websites. MERRY STOCKINGS!! Summary of the Company News Worthy Events Comcast bought 101 acres of land less than two miles from its Universal Orlando resort, right next to the 475 acres that it acquired in a $130 million transaction early last year. The land offers frontage on a popular road with highway access. Comcast has yet to say what they plan to do with their new land but it will most likely end up resulting in another theme park and new hotels. Summary of the Company Columbia Sportswear had better-than-expected income for the third quarter of 2017. This was mainly due to sales growth for the company's European wholesale and U.S. direct-to-consumer businesses. However, the company's higher expense expectation for 2017 led the company to lower its earnings view for 2017. News Worthy Events Columbia (COLM) Disney (DIS) Overview Summary of the Company Starbucks Corp is the roaster, marketer and retailer of specialty coffee in the world, operating globally. It sells a variety of coffee and tea products. It sells goods and services under brands including Teavana, Tazo, and Seattle's Best Coffee. Disney is a worldwide entertainment company. The company operates in four business segments: Media Networks, Parks and Resorts, Studio Entertainment, and Consumer Products & Interactive Media. The Company also develops and publishes games, primarily for mobile platforms, books, magazines and comic books. Dividend: No dividend Recommendation: Strong buy and hold Experts Recommend: Strong buy Started at: $61.8 now $1165.08 Nike (NKE) and Columbia (COLM) Major athletic wear/gear companies Amazon (AMZN) Most commonly used form of online shopping Starbucks (SBUX) Successful coffee company that helps get me through life Disney (DIS) Nostalgic movies Amazon (AMZN) News Worthy Events Dividend: 8/31/2017 at $0.18 Recommendation: Buy and hold Experts Recommend: Buy and hold Started at: $55.27 now $62.17 News Worthy Events Starbucks (SBUX) Overview Starbucks Corporation (NASDAQ: SBUX ) is selling its Tazo Tea brand to Unilever plc (ADR) (NYSE: UL ) for $384 million. ADR notes that the acquisition price for the Tazo Tea brand represents 10 times its pro forma EBIT. The brand pulled in $112.5 million in revenue over the last year and UL believes that there is room for more growth. Overview COMPANIES I CHOSE Net Growth: $222.80 Bought 20 at $98.04 Dividend: 7/6/2017 at $0.78 Recommendation: Buy and hold Experts Recommend: Buy and hold Started at: $98.04 now $106.82 Summary of the Company News Worthy Events Overview 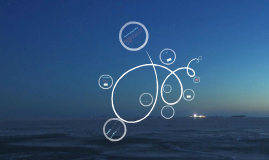 Transcript: Ceo: Mellody Hobson $134.6 million Location: Chairman: Future: Trends went up due to three movies coming out; Madagascar 3: Europe's Most Wanted, Rise of the Guardians, and The Croods. Revenues go up when a successful and popular movie comes out. Products: 5 Year Trend Jeffery Katzenberg Overview of Corporation Revenues I do not suggest purchase because the corporation only makes a good amount of money when they produce a successful movie, which is not very often. $21.32 I didn't enjoy the stock simulation. I don't see why anyone would invest their money into something when they have a chance of losing it all. Lew Coleman There was one big spike within the prices of the stock within 5 years due to the production of Shrek Forever After. Still, not many successful movies have been made. Glendale, California President & Chief Financial Officer: Board of Directors Dreamworks Animation is an animation studio based in California that creates animated feature films, television programs, and online virtual worlds $1.159 million 2 things that I learned 1 Year Stock Trend Expenses 2. Buying stock is like gambling Turbo, Mr. Peabody and Sherman, Me and My Shadow, How to Train Your Dragon 3 Year Trend Harry M. Brittenham, Thomas E. Freston, Michael J. Montgomery, Nathan Myhrvold, Richard Sherman Trends Animated feature films, television programs, and online virtual worlds. 1. The stock market has a huge effect on our economy There was a huge spike within the beginning of the 3 year period because the movie Shrek Forever After came out and was a huge success. After that, not many successful movies came out. Stock Prices: Perception of Stock Market 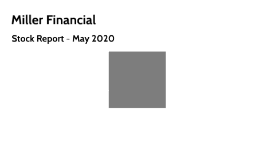 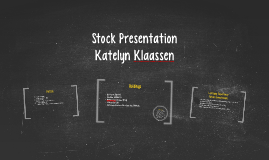 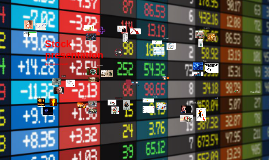