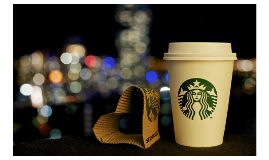 Transcript: McDonalds: "It's just another chain, why would anyone care whether they were in Starbucks, Costa or Nero anyway?" Facebook SOCIAL MEDIA Global chain stereotype -Print campaign only Fair Trade Wieden & Kennedy Pass the cheer 2007 Ages 25-40—49% with 3% growth Ages 18-24—40% with 4.6% growth Educated Liberal Working Professionals Urban Choices Quality Coffee Monopoly, dominating Trained Middle class, college educated Fashionable Urban 25-40 Huge Variety PREVIOUS COMMUNICATIONS "I never go into Starbucks; it's impersonal, the coffee is mediocre, and it's expensive,” New York Times Create your flavor, name, share Consumer Insight "We all have McDonalds in common". Print Digital Television Barista Quality coffee beans Consumers want an accessible place to have exactly what they want to drink. Felicity "Award winning coffee, hand crafted to perfection" Nathan Brand Truth Other Brands effective campaigns: GET TO BY: OUR DIRECTION OUR CREATIVE Coca-Cola: BBDO Outdoor and online campaign 2009 Starbucks is omnipresent, has something for everyone. 6% Annual growth 2012 "insincere, impersonal and offensive. To be honest, I expected more from Starbucks and I'm sorely disappointed". Ruth 2010 GOING FORWARD Confused identity - inconsistent advertising campaigns and adopted a negative stereotype WHO IS STARBUCKS NOW? 'Us' and 'We' "I was made for loving you" 'Bring a Friend' / 'Share a coffee with...' Choice Omnipresent Versatile Urban Practical OUR TEAM OUR PROCESS Pioneering brand Omnipresent INITIAL IDEAS Costa: Thibault AMV Guatemala Antigua 2013 BUSINESS PROBLEM Largest coffee in the world "I would say I would much rather be in a nice place like the Vienna Coffee House than some impersonal chain like Starbucks or Costa" Trip Advisor Comfort AMV Names campaign 2013 Community route Flexible Business model Sam Who is our consumer? Who is Starbucks? Objectives Execution OUR STRATEGY BRIEF WHAT WAS STARBUCKS? Community Ideals "Share a Coke with..." BRAND PLATFORM Less personal experience FOCUS ON: THE CHALLENGE YOUR COFFEE YOUR CREATION 1.To establish the positives of being omnipresent 2.To increase customer awareness of all the drinks varieties available Starbucks has: Starbucks is on every corner. Their huge variety of drinks means that they have something for everyone, wherever they are. STRATEGY OBJECTIVES A Third Place COMPETITIVE LANDSCAPE Customer movement to more intimate coffee chains or those with perceived better quality coffee Nero: To get consumers to choose Starbucks over other chain competitors by showing them it is great that Starbucks is on every corner and has every variety of drink they could want. Focus on individual not the collective FOCUS ON: Misconstrued perception of the chain experience Whatever you want, wherever you are. Confused identity from mixed past communications CREATIVE BRAND TRUTH: TELEVISION Excellent produce CONSUMER INSIGHT: Wide Variety Specialist Knowledge GOING FORWARD 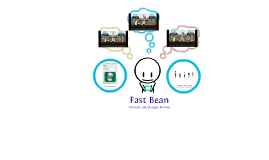 Transcript: The idea of the game is to fulfill each customer’s order in a timely manner. You have to make the coffee exactly the way they asked and add any extra items they want. You have to be quick in filling customer’s orders or they will just leave. Each level you have to satisfy a certain amount of customers in a small amount of time. It gets harder each level you move up. App Card Mock-up Low detail characters for easier player association Theme Fast Bean Tim Hall and Marquis Holmes 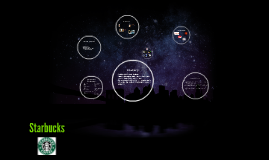 Transcript: Lucy Lee Helm executive vice president, general counsel and secretary Deverl Maserang executive vice president, Global Supply Chain Scott Maw executive vice president and chief financial officer Sharon Rothstein global chief marketing officer Arthur Rubinfeld chief creative officer and president, Global Innovation and Evolution Fresh Retail Craig Russell executive vice president, Global Coffee Matthew Ryan global chief strategy officer Blair Taylor chief community officer Vivek Varma executive vice president, Public Affairs Annie Young-Scrivner executive vice president and president, Teavana Frappuccino Corporate Structure StarJiffy Competitors Total Revenue: $14.6 billion Total Value: $4.48 billion Starbucks is a wholy owned company with no sub companies 20,737 stores WW 11,910 stores in the U.S Employs 160,000 (as of 2013) Headquarters in Seattle, Washington History Starbucks Founded March 30, 1971 in Seattle, Washington Funded by English teacher Jery Baldwin, history teacher Zev Siegl, and a writer Gordon Bowker at the University of San Francisco The three were inspired to sell high-quality coffee beans and equipment by coffee roasting entrepreneur Alfred Peet after he taught them his style of roasting beans Total stores: 20,519 * (as of March 30, 2014) (0_o) Interesting Facts car maintenance oil change 3 Departments Car Maintenance Global Technology (IT) Costumer Service tire repair Vertical Merger Merging so that people who are getting their oil changed can enjoy a coffee or tea while they are getting their oil changed Opposed to sitting and doing nothing Stock Quotes Company Details FAQ's Recap Named after after the first mate in Herman Melville’s Moby Dick coffee Products Late Is there an actual product? no, this is a servicing business So, if I just want Starbucks do I have to deal with everything going on in an oil changing shop? no, Starbucks stores will be placed in Jiffy Lube stores. There will still be separate Starbucks stores Does Jiffy Lube only do oil changing? no, they also do brake repair, fuel services, tire replacing, etc. Will the Starbucks still have free wifi? Yes If I'm getting my car repaired or my oil changed, will it come with a complementary coffee/late/tea as opposed to if I'm just going there not for my car? No, prices are separate from car repair Do I have to be getting something done to my car if I want to go to the Starbucks Starbucks is still for anyone to enter at their own will, it is merged with Jiffy Lube for the convenience of people already getting their car done. Founded March 30, 1971 in Seattle, Washington Total Revenue: $14.6 billion Total Value: $4.48 billion Cost per share : $ 72.38 High/Low: $ 82.50 / $ 67.93 Cost per share : $ 72.38 High/Low: $ 82.50 / $ 67.93 Yearly/Quarterly dividends: $ 1.04 / $ 0.26 Total Stocks Purchased: 554 million Logo is inspired by the sea–featuring a twin-tailed siren from Greek mythology. Howard Schultz chairman, president and chief executive officer Troy Alstead chief operating officer Marissa Andrada senior vice president, Global Partner (Human) Resources Adam Brotman chief digital officer Cliff Burrows group president, U.S., Americas, and Teavana Michael Conway executive vice president, Global Channel Development John Culver group president, Starbucks Coffee China and Asia Pacific, Channel Development and Emerging Brands Curt Garner chief information officer Jeff Hansberry president, Starbucks China and Asia Pacific brake repair Starterd in 1979 Steven Ledbetter president of Jiffy Lube International Jiffy Lube is the largest system of franchised service centers in North America and is consistently ranked as one of the top franchising opportunities for entrepreneurs Headquartered in Houston, Texas JLI is a wholly owned Subsidiary of Shell Oil Company 2,000 franchised service centers in North America 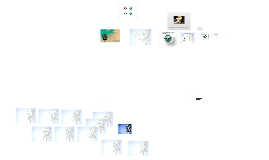 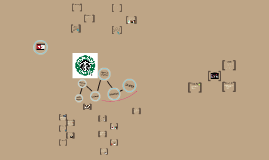 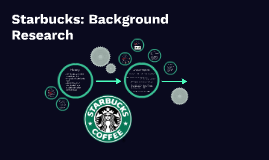 Transcript: Show how things would improve Pro Explain your expectations Summarize your recommendation Conclusion Challenges and opportunities Starbucks Background Con Describe the next steps Describe the desired state Get your audience excited Idea 2 Pro Pro Con Con Explain new strategies Identify the problem Refer back to the pros and cons Idea 1 How problems can be resolved Pro Describe the idea you think is best Strategy Recommendation What if we do nothing? Explain what success will bring Explain how it will help Describe the current situation Based on Jim Harvey's speech structures Con 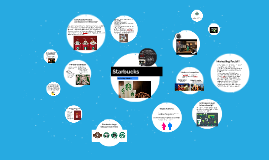 Transcript: REASON FOR STARTING: From the beginning, Starbucks wanted to be different company. They not only wanted celebrated coffee and a rich tradition they wanted to make a business where people can connect. STARBUCKS BACKGROUND INFO Is Advertisement Successful or Unsuccessful? Starbucks Jingle In 2014, Howard Schultz earned $21.5 million. Starbucks employs 157,000 people, which includes part-time and full-time workers. IS THIS COMPANY PRIVATE OR IS IT PUBLICLY TRADED? Starbucks went public on June 26, 1992. Why Did I Choose This Company/Trademark? Do I Use This Product? Do I Want This Product? Whats the Connection? Starbucks is sold internationally! Starbucks has more than 24,000 stores in 70 countries. Starbucks Slogan Starbucks Competitors WHEN IT WAS FOUNDED: Starbucks was founded in 1971. TYPE OF BUSINESS STRUCTURE: Starbucks has a monopolistic competition structure. TYPE OF BUSINESS Interesting Facts!!! Target Audience Is Starbucks Product Continual or Is It Seasonal? 1. Starbucks has added an average of two stores daily since 1987. 2. Starbucks opened their first store in Beijing and there are now 376 stores in China. 3. There are over 87,000 different combinations of drinks at Starbucks. 4. The Trenta is slightly bigger than your stomach with the capacity to hold 916 milliliters. The stomach on average can hold 900 milliliters. 5. Starbucks uses over 93 million gallons of milk a year. That's enough to fill 155 Olympic swimming pools. ✳✱* Market Industries specialty eateries I chose to do Starbucks because I love their coffee and drinks. I do in fact use their product. I love going to Starbucks and I always get a Frappuccino. The connection I have with Starbucks is that I go there as often as possible and I wanted to learn more about their corporation. by: Libby Martin Starbucks doesn't have an official slogan; however, their mission statement is, "To inspire and nurture the human spirit-one cup and one neighborhood at a time." Yes advertisement is very successful. Without advertising people won't hear about or find out about your company. Whether it be a TV advertisement or a newspaper ad, advertisements are important to promoting your company. Starbuck's top competitors are McDonald's and Dunkin Donuts. Starbucks Top Executive Salaries Is Starbucks Sold Internationally? FOUNDERS: Gordon Bowker Jerry Baldwin Zev Siegl TYPE OF BUSINESS: corporation Starbucks product is year round and continual but they do have some drinks that are specifically seasonal. Such as: Toffee Nut Latte, Chestnut Praline Latte, Peppermint Mocha, Gingerbread Latte, Christmas Cookie Latte, Caramel Brulée Latte, Eggnog Latte, and the Pumpkin Spice Latte. HEADQUARTERS; Seattle, WA How Many People does Starbucks Employ? Starbucks product is a need. Market Sector Services Is The Product a Want or a Need? Starbucks Logo Is There Any Negative Aspects About Starbucks? Starbucks Commercial Starbucks Logo Change Over Time Starbucks target audience is men and woman from the age 25 to 40. When I researched Starbucks Corporation I in fact did not find any negative aspects about it. The corporation is very profitable and started as a small business in Seattle, Washington and grew into a public corporation. Starbucks does not even put their brand name on their cups anymore because they are so well known.