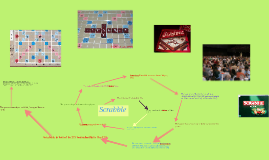 Transcript: Scrabble The game was developed in 1938. The game was licensed by Selchow and Righter company. The game originally started out in Macy's and sold out in a year. The comapny that produces the game is called the National Scrabble Association. The game is played with two or four players. The creator of the game was Alfred Mosher Butts. Landsberg V. Scrabble Crossword Game Players, INC There are several Tournaments each year throughout the U.S. Over 500 people compete in each tournament and they last for several days. The game has always looked the same over the years. The inventor was an architect from Poughkeepsie, New York. The First 4 years of sales the company lost money then eventually had a boom in 1950. Scrabble is found in 3/5 households in the U.S. The game currently cost 16.99, It originally cost 29.99. http://scrabble-assoc.com/info/history.html http://www.leagle.com/decision/19861995802F2d1193_11811 http://www.hasbro.com/scrabble/en_us/story.cfm 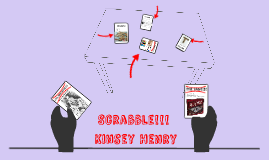 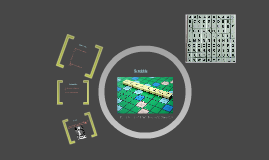 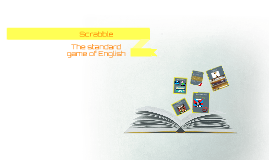 Transcript: The standard game of English What is Scrabble? Most Notable Play! Feedback Due to various issues, the standard rules of scrabble ad to be adjusted to te lives of talabat. The Rules! Overall, there was a considerable amount of crowd which turned up to watch the games very much for a board game. Standings Due to this the rules were slightly tweaked, in which the most notable change was the addition of a time limit of 10 minutes with one minute for each turn. The other main change was pairing individuals into teams of two and two teams every game. Burhani team, Taher Bhai Zakir and Husain bhai Necklacewala Scrabble 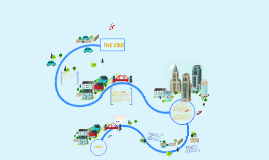 Transcript: SCRABBLE 1. Bingo - any word played that uses all seven letters on the rack, earning a bonus of 50 points. 2. Blocking - act of playing a word on the board that stops the opponent from making potentially large score. - act of playing words that make it harder for either player to score many points. 3. Challenge - opponent calls a challenge when he/she thinks a play is not acceptable - word judge is called to verify which words are acceptable - if there is a challenge, someone loses one turn 4. Count tiles - players often count tiles at two different times A. Before a game B. Near the end of a game HOW TO PLAY SCRABBLE MATERIALS: 1. Game board - made up of cells in a square grid. 2. Tiles - 100 tiles (98 w/ letters, 2 blank ) 3. racks 4. paper and pen design by Dóri Sirály for Prezi 6. The two blank tiles may be used as any letter desired. 7. Any player may use his turn to replae any or all of the letters in his rack. 8. Any words found in a standard dictionary are permitted except proper nouns, etc. Consult a dictionary only to check spelling or usage. 9. Any word may be challenged before the next player starts his turn. if the word challenged is unacceptable, the player takes back his tiles and loses his turn. 10. Play continues until all tiles have been drawn and one of the players has used all of the letters in his rack or until all possible plays are made. 5. Double-Double - when a player makes a play with letters that cover two double-word squares. - Word judge is called to verify which words are acceptable 6. End game - when tthere are less than seven tiles left in the bag 7. Hook letter (A.K.A HOOK) - a letter that will spell a new word when it is played with in the front or at the end of a word already on the board. 8. Passing - Player may pass his/her turn by not exchanging tiles and not making a play (players scores 0) - 6 consecutive score of zero, game is finished TERMS IN SCRABBLE THE END 1. The first player combines 2 or more of his letters to form a word and places them on the board to read either across or down with one letter at the center square 2. Player must complete his turn by counting and announcing his score. He then draws as many new letters as he has played, thus always keeping 7 letterd in his rack. 3. Players must pass to the left; the secong player then, adds one or more letters to those already played to form new words. 4. Players may form new words by adding one or more letters to a word already on the board, placing a word at right angels to a word already on the board, and placing a complete word parallel to a word already played so that adjoining letters also form complete words. 5. No letter may be moved after it has been played. 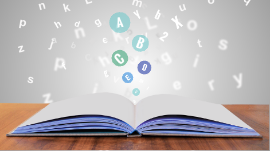 Transcript: 1 m 2 p b Y g X F T R I V I A S SCRABBLE E *Over 150 million games have been sold in 121 countries around the world. *Scrabble is currently produced in 29 different languages. The latest is the Welsh language Scrabble introduced in 2006. *53 per cent of all homes in Great Britain have a Scrabble set. *Scrabble can be played by email and post. *There are around 4,000 Scrabble clubs around the world. *The original name for Scrabble was 'Lexico'. *The original game did not have a board but was played with tiles only. *Alfred Butts, the inventor, decided on the frequency and distribution of letters by analysing the front page of the New York Times. *He also invented a game similar to Scrabble called 'Alfred's other game' – it was not a success. *There are over 260,000 legal words allowed under British Scrabble rules. Present all the details Add More Slides D Dr Karl Khoshnaw from Manchester holds the record for the highest word score achieved in a competition, scoring 392 points with 'caziques' - the plural for a West Indian Chief. The highest score for one game is 1049 by Philip Appleby from Lymington in 1989. The US Scrabble dictionary has banned all offensive words. The French play all competitions with a version called Duplicate Scrabble where each player plays with the same letters for each move. C The World Scrabble Championship (WSC) B "There is no friend as loyal as a book." - Ernest Hemingway "So many books, so little time." - Frank Zappa "Don't read books. Make prezis!" - Author A Thank you! 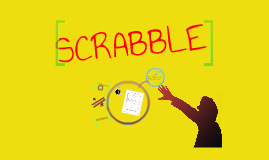 Transcript: Each,letter in Scrabble has its own number of points. Awesome! I LOVE Scrabble! WINNER! SCRABBLE Whoever has the most points wins. 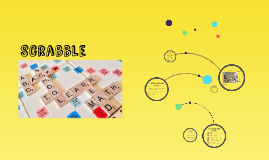 Transcript: Available Premium Squares include board 3. SCORING 1. PREPARING TO PLAY • 1-3 other players • an official Scrabble board with all of its components, which are 100 letter tiles, one letter rack for each player, and a cloth bag to hold the letter tiles Put the letter tiles in the bag and shake them up. Determine who goes first. Draw your tiles. Double Letter Score Double Word Score Triple Letter Score Triple Word Score Keep score as you go. Watch for Premium Score squares Get 50 points added to your word score if you get a BINGO. Add up each player’s scores at the end of the game. Announce the winner. The object of the game 2. PLAYING THE GAME To play Scrabble, you will need: cloth bag Play the first word. Count up your points. Build on other players’ words. Use your tiles to get the highest score possible per turn. Exchange tiles you don’t want Scrabble letter rack letter tiles Get the most points by forming different words on a board in which you connect to other words created by your fellow players.