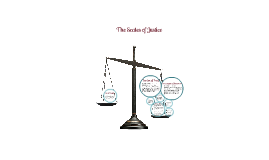 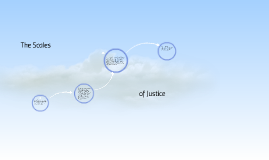 The Scales of Justice

Transcript: The judicial Introduction In times of controversy, the seven judges decide the guilt or innocence of those accused of violating laws, and protects the rights of individuals. The California court system, the nation's largest, serves over thirty four million people with more than two-thousand judicial officers and twenty-one thousand court employees. The Scales which contains seven judges appointed by the governor but re-elected by people of California.The seven judges must be lawyers who have been practicing in California for the last ten years.This person can also be a judge who has served in a California court for the last ten years this person will serve for the next twelve years. branch includes the State Supreme Our monument represents the judicial branch of the California state government. The judicial branch interprets laws. It is only one of the three branches of the government. The other two are legislative and executive. of Justice In conclusion, the judicial branch is very important because it interprets laws and solves crimes. Without the judicial branch, our government would not be the same. 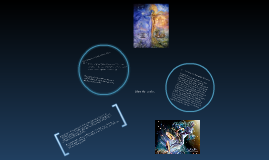 Libra, the scales of justice

Transcript: Libra the scales Libra is home to the star Gliese 581 which is 3,480 degrees K and is red dwarf, which also happens to be a planetary system of 6 planets. Gliese 581 g, gliese 581 c, gliese 581,and gliese 581 e are all the planets in this system, the thing they have in common is that their all habitable. The stars that make up this constellation is the zubenelgenubi (southern claw); zubeneschamali (northern claw); zubenelakrab (scorpio’s whole claw); and brachium, which is an eclipsing variable. libra's story originated from ancient greece in their mythology The story of libra is both a tragic and an epic story, which tells of demeter's daughter persephone being kidnapped by Hades, god of the underworld. Zeus then sends a rescue party made up of Theseus and peirithius to bring her back but end up being captured. so then Zeus sends his son hercules, god of strength, to rescue the previous one. Demeter was so depressed that she ignored her godly duties, thus a drought happened and seeds failed. Zeus negotiated with his brother to let persephone spend some time on earth, so she in the end spends all the time on earth except for four months when she must return to the underworld and a vast cold spreads across the land (winter) For a while, greeks looked upon libra as scorpio's claws. The Egyptians looked at libra as the set of scales in which a human's heart was to be weighed on after death. And lastly, many middle eastern cultures looked at libra as a representation of justice since it was a symbol of equality. 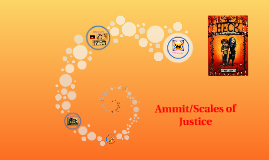 Transcript: Ammit cont'd Ammit Dont be devoured by Ammit tonight. Have a nice day! Ancient Egyptians feared her. Anubis feeds the souls to Ammit. Ammit sits before the throne of Osiris. The souls she ate had the consequence of death a second time. She was the demoness of the underworld Ammit Ammit cont'd by: Adrianne Weltner & Lydia Stroud Scales of Justice The ancient Egyptian goddess Ammit also known as Ammut and Ahemait. Her name translates to Devourer or to Bone Eater. She devours the souls of those deemed unworthy. Known as the Devourer of Millions. Underworld where you went when you pass away where you are judged to see if you are worthy for eternal life in Aaru. Home of Ma'at, Anubis, Thoth, Osiris, Isis, Nephthys, and Ammit. If you are unworthy, Ammit devours your soul into no further physical existence. "Devourer of Souls" Scales of Justice She lived in the Scales of Justice by a lake of fire into which the souls of the guilty were thrown. She was a demon with the head of a crocodile, the body of a wildcat, and the hindquarters of a hippopotamus however she also took human form with lioness characteristics. She was never worshiped but thought to warn off evil. Ammit/Scales of Justice 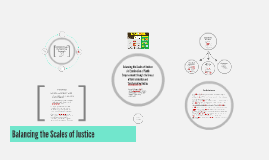 Balancing the Scales of Justice

Transcript: School discipline 50% of Black students report being suspended or expelled compared to 20% of White students (Gregory, Skiba, & Noguera, 2010) Youth violence Homicide is the leading cause of death for youth ages 15-24 (CDC, 2012) Health Thirty-nine percent of Black and Latino youth are overweight or obese (Ogden et al., 2012) Greenspace Parks & Community gardens (Loukaitou-Sideris & Stieglitz, 2002; Wolch, Wilson, & Fehrenbach, 2005) Ecological Systems Theory Development occurs in the context of interactive systems (Bronfenbrenner, 1977) Restorative Justice A process by which all people affected by and injustice have a stake (Braithwaite, 2004) Transformative Justice Transform social and personal structures in the context of injustice (Wozniak, 2008) Environmental Justice Inequitable distribution of environmental burdens (Bullard, 1990) Positive Youth Development Restorative practices Community building Environmental research Community engagement Environmental Science Class Methods Participants 11 ethnoculturally diverse youth 15-19 years of age 7 ethnoculturally diverse undergraduate research assistants Community-based Participatory Research Participant observation Surveys Web-based learning environment - MOODLE Focus groups Planning Reflection “Go out and make our parks better.... eventually someone is going to see and then is going to reflect on it and eventually lead to others [making a change].” (Tanacia) “Like if you make a change, people will want to make a change also..” (Josey) “If somebody sees you could make a change where they don’t think it’s possible though, they’ll be willing to try to change as well.” (Kate) “Since like, they are already in college you know, and they come to the school to help us out. So like, they’re teaching us what they know, so later on in life when we get there we’ll know the stuff that we already know.” (Mark) “... we have a voice in changing the community, like with the parks and all that. I found that interesting, because I didn’t know that. ” (Orin) “Confidence in the way of being more open, and being able to go out and get surveys done. Like being confident to be able to speak to people.” (Julio) "I thought it was kind of a shock with the surveys, and I never thought I would do something like that. The outcome was pretty good because, like what Julio said, it helped build confidence in talking to people. (Cruz) "[Working with LMU students] ...inspired me to do good in school. The way you guys are.... getting an education, making life kind of simple. It kind of showed me that I can do that too. Instead of being lazy and not doing anything. So since I’ve been in this class I’ve been doing good." (Jose) "Before I was in this class, my grades were just downhill. But, just having to do what we did in here, I was just like, oh I should do that in all my classes. It helped me to get my grades up and keep doing it." (Andre) Community-based Participatory Research An empowering mode of engagement and knowledge production A method for leveraging restorative and environmental justice tenets toward transformative justice Youth engagement in environmental research can foster self- and collective-efficacy and a sense of responsibility to community and the broader environment Restorative and transformative justice situated within environmental research is a powerful mode of positive youth development toward redressing youth violence and broader poor youth outcomes Baker, E. A., Schootman, M., Barnidge, E., & Cheryl Kelly. (2006). Peer reviewed: The role of race and poverty in access to foods that enable individuals to adhere to dietary guidelines. Preventing chronic disease, 3(3). Retrieved from http://www.ncbi.nlm.nih.gov/pmc/articles/PMC1636719/ Block, J. P., Scribner, R. A., & DeSalvo, K. B. (2004). Fast food, race/ethnicity, and income: a geographic analysis. American journal of preventive medicine, 27(3), 211–217. Dewey, J., & Bentley, A. F. (1949). Knowing and the known. Beacon Press. Gordon­Larsen, P., Nelson, M. C., Page, P., & Popkin, B. M. (2006). Inequality in the built environment underlies key health disparities in physical activity and obesity. Pediatrics, 117(2), 417–424. Grills, C., Villanueva, S., Subica, A. M., & Douglas, J. A. (2014). Communities Creating Healthy Environments: Improving access to healthy foods and safe places to play in communities of color. Preventive medicine, 69, Kellert, S. R. (2002). Experiencing Nature: Affective, Gognitive, and Evaluative Development in Children. In P. H. Kahn & S. R. Kellert (Eds.), Children and Nature: Psychological, Sociocultural, and Evolutionary Investigations (pp. 117–152). Cambridge, Mass: The MIT Press. Lave, J., & Wenger, E. (1991). Situated Learning: Legitimate Peripheral Participation (1st edition.). Cambridge England ; New York: Cambridge University Press. Loukaitou­Sideris, A., & Stieglitz, O. (2002). Children in Los Angeles Parks: A Study of Equity, Quality and Children’s Satisfaction with Neighbourhood 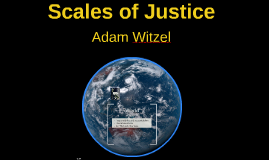 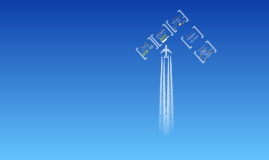