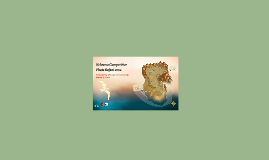 Transcript: Overview Presented by The Engineering Society Hosted by Unite Bone Beer Jamaca Mi Crazy New-Wave Fitness Red Bull Unite Alpha Omega Epsilon Chemistry Course Union Earth and Environmental Sciences Course Union Economics Course Union Environmental Chemistry Course Union Human Kinetics Student Union Nursing Course Union Quantitative Sciences Course Union Sigma Phi Delta Questions? How to use it: follow the sheets! • Only the team photographer can upload • If you decide you like a different picture better, you can upload both! (only one is counted for points) Rules Thanks to all sponsors and supporting clubs Handout with locations and rules Absolutely no use of private vehicles Afterparty starts at 10pm in The Well If there are problems and/or concerns during or with regards to any aspect of the event: Contact Max at (250)-864-1323 Thank you to all our supporting businesses, course unions and clubs Prize Basket We will be posting leaderboards as the day goes on Under each activity, you will be able to see all the other teams photos Feel free to explore the app and add your friends so they can see all your photos from the day! Team captains must upload all pictures. All pictures of completed challenges and locations must have the group’s inflatable + at least 1 group No points for pictures without the inflatable or if the inflatable is not fully inflated. No use of private vehicles, groups found using a car will be disqualified. Transit and Taxis are OK. Unite • Unite is a social activity platform: Tinder for finding things to do! • Swipe through all the cool places and activities around you • Connect with friends and new people, share ideas for fun Baseline 10 points Medium 25 points Extreme 50 points Ultimate 150 points Unite Unite (50) New Wave Fitness (4:00pm - 6:00pm) Hunt for 1 Month Passes (50) Jamaica Mi Crazy (4:00pm - 9:00pm) Pepper Challenge (50) RedBull Station (4:30pm-6:30pm) Near Blue Bear Point System - Businesses Kelowna Competitive Photo Safari 2016 Point System - Locations & Challenges 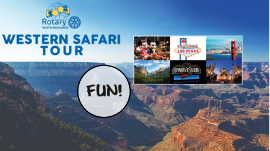 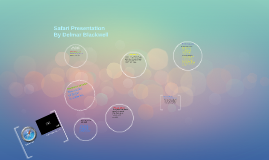 Transcript: A research example is if you are assigned to a history project or any project and you do not know something about a person, place or thing.You might look up information about it. Questions About Safari. When was the beta released? Who is the creator of safari? What reasons would you use safari? What is safari? When should i use safari? Safari Icon Recreational reasons The creator of Safari is apple inc. Reasons to use safari. You can use safari when ever want.Safari can be used to play games.You can use it for research.It can also be used for many other recreational purposes to. Research examples Extra answers to questions you might have. Release of beta. The beta was released in 20003. Safari video.(IOS 7) The year the beta was released The founders of Apple are: Steve Jobs (1955-2011) Steve Wozniak (1950-) Ronald Wayne (1934) When You should use Safari. Safari is a web browser.It does what it says it browses the web. Browsing is the same thing as saying searching.You can do many things in safari. You might get on Youtube to watch a funny video.Also you could get on online games like maxgames.com. The creator of Safari. What safari is. Safari Presentation By Delmar Blackwell 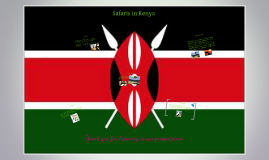 Transcript: Safari holidays are holidays that involve the viewing of animals in a natural environment and usually involve a convoy of vehicles led by a guide, (normally a local or specialist). Most safaris will normally depart from the capital or a large tourist resort and will go in to a deep undeveloped or even plains environment. Kenya Safaris in Kenya Thank you for listening to our presentation Safaris Kenyan safaris Overall, Kenya; its animals and its land are valuable resources, the popularity of them has kick-started the Kenyan economy. Though tourists do occasionally leave litter and pollute, many feel that it is a small price to pay and have the adventure of a life time. Kenyan Safaris Conclusion Many Holiday companies offer Kenyan Safaris, those famous include, Virgin, First Choice and Thomson. Most of these safaris leave from Nairobi and include flights from London and last anywhere from 1-2 weeks. They do advise that you purchase insurance as Safari is dangerous. There are many types of animals which can range from Lions, Giraffes, Elands, Wildebeest, Cape Buffalos, Rhinos, Elephants, Hippos, Crocodiles, Leopards, Cheetahs, Wild Dogs, Hyena and Jackals. Kenya is a small country in Eastern Africa which crosses the equator, with the Indian Ocean lying to the south. The largest cities are Nairobi - the capital and Mombasa, the largest coastal resort. Kenya happens to be named after 'Mount Kenya', the second-highest mountain in Africa.