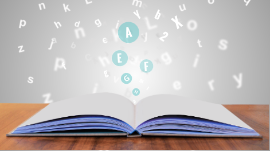 Transcript: 1 m 2 p b Y g X H By Gianni, Alec & Edwin The Gospel Background Assessment G The Bible land Canaan was a large country that flourished in many ways. This roughly corresponds to present day, Jordan, Israel, Lebanon, Syria and was also recognised as Phoenicia. The importance of this specific Bible land is when Moses led his people from Egypt toward the ‘Promised Land’ of Canaan. This is very significant because Moses released his people, the Israelites, from the bondage of slavery in Egypt and toward the ‘Promised land’ of Canaan where God had promised them they would live in peace. The Sea of Galilee was very significant in Jesus’ time as on one occasion, Jesus walked on the Sea of Galilee. After Jesus fed and looked after the five thousand, he sent his disciples across the sea. The sea became rough and the disciples rowed only three or four miles when they noticed that Jesus was walking on water. Peter than asked if he could join but was frightened and stated to sink. This was where Jesus then saved him and both climbed into the boat. The Sea of Galilee was very important as it was known for fishing, trade and violent storms. The Lands of the Bible The Jordan River also was very substantial because it was when the Israelites crossed into the ‘Promised Land’ and where Jesus was baptised by John the Baptist. According to the Christian faith, the Jordan River is believed to be the third most holy site in the Holy Land.There was also the Dead Sea that was very important in Jesus’ time. The Dead Sea is the setting for some of the most important stories in biblical history. Some examples include, in the Old Testament, Elijah ascends into Heaven in a chariot of fire and the prophecy that the Dead Sea will one-day come to life which is when the coming of Messiah rules the earth in the Millennial Kingdom The vision by Ezekiel shows that the water will flow from Jerusalem’s Temple Mount causing swarms of living creatures to live in. The Lands of the Bible (Cont.) The Regions of Palestine was extremely substantial as it was the beginning of the Biblical period. Samaria was one of three divisions of the Holy Land in the time of our Saviour, having Galilee on the North and Judea on the South, the Jordan on the East and the Mediterranean on the West. Therefore, the rise of Christianity came to be because of the stability and unification of the Mediterranean achieved by the Romans. The Lands of the Bible (Cont.) The towns of Jesus time such as Jerusalem, Bethlehem and Nazareth were important to Jesus as he preached and healed in Jerusalem, was born in Bethlehem and Jesus grew up in Nazareth. Jerusalem became very well-known as he preached especially in the Temple courts and cared for the poor. He was also crucified and resurrected at the end of his life. The birthplace of Jesus was in Bethlehem. In Bethlehem, Christians can prey and focus their attention on the birth of Jesus Christ. Lastly, Nazareth was home to Joseph and Mary and here was where the angel announced to the Virgin the birth of the Messiah. F The daily life in Jesus’ time was very different from life in a modern industrialised society. Most of Israel’s neighbours had their own temples and religious practices. These employed temple priests and various kinds of workers as well, and some even used women to serve as “sacred prostitutes.” All religions supported many artisans, such as architects, builders, goldsmiths, silversmiths, and sculptors, who used their skills to build and decorate temples and shrines. Tradesmen would be instantly recognizable by the symbols they wore. Carpenters stuck wood chips behind their ears, tailors stuck needles in their tunics, and dyers wore coloured rags. The drachma is an unusual coin of Christ’s time. The Roman denarius has long replaced the Seleucid/Greek silver coins and was their equivalent. The land of Israel was under the influence of Greek culture from the time of its conquest by Alexander the Great at the end of the fourth century B.C.E. Daily Life in the Time of Jesus Although scholars have divergent views regarding the influence of Hellenism on religious works, literature and everyday life in first-century Israel, it is generally accepted that the Greek language was used by many of the inhabitants. The original language Jesus speak was Aramaic, but it is possible that Jesus spoke Hebrew too. Under the king of Israel, taxes were collected to run the government. In a Jewish family, when someone die, they anoint the person body before laying it to rest. According to Bible-history.com, Roman taxes totalled one percent of a man’s income. But there were other taxes: customs taxes, import and export taxes, toll bridges, crop taxes, sales tax, property taxes, and special taxes when there was a war, building project or campaign to finance. In Jesus’ time, the smallest homes of the very poor might be little more than a square, stone structure covered with a whitewashed sort of stucco. There would typically be one larger E The 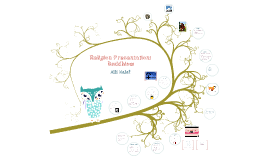 Transcript: Dalai Lama and Chinese control of Tibet Karma 2. Dukkha is caused by craving. Grasping causes dissatisfaction Historical Buddha: Siddhartha Gautama Prince allowed to leave palace Encounters 3 people: Old person, Sick Person, then Corpse Worship Makes one continue with rebirths and determines how many rebirths someone will have. 4. Way out of Dukkha is the Noble Eightfold Path 2. Meditation: Right effort, Right concentration, and Vipassana Sects: Theravada Mahayana Vajrayana Monks and Nuns have to follow hundreds of precepts Explains Buddhism Religion Presentation: Buddhism Conflicts Three Jewels 1. Dukkha: Life is unsatisfactory how we usually live it. The essential goodness of a person and the actions they have taken in order to reach level. Can pray/mediatate at home or at temple. 1. Seeing the world the right way: Right view and Right intention Shrines to Buddha in home Overall differences between sects The Buddha, The Dharma (Teachings) Sangha (practicers) Compatible with other religions John Green How Buddha Achieved Liberation Five Precepts Hindu and Buddhism butt heads due to split Then, severe asceticism Represents mortality With this knowledge knew that the cycle of death and rebirth would continue Story of Buddhism Noble 8-Fold Path Diffusion: 400 Million Followers, Fourth Largest Religion China and Southeast Asia Gained ground over past century in Western world Not prevalent in India any more 3. Right Action, Right Speech, and Right Livelihood Alli Halat Finally achieved liberation from cycle by sitting in front of a tree until he was liberated. 6th or 5th Century Four Noble Truths First tried meditation: temporary state Truths (con't) 3. What we grasp the most is ourselves. No-Self/Soul Doctrine Buddhism Universalizing Religion with no god. Was a Prince No harming No stealing No lying No Sex outside of marriage (celibacy) No intoxicants 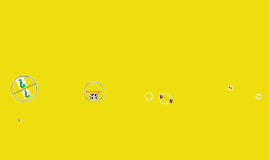 Transcript: Please Enjoy! BIBLIOGRAPHY QUESTIONS BOOK: ISLAM AUTHOUR: RITA FAELLI DATE: 2006 WHAT IS IT ABOUT? WHAT SPECIAL CLOTHES ARE WORN? HOW LONG DOES IN GO FOR? Did you know that Eid-ul-Fitr can also be pronounced as Eid-ul-Aha? QUESTIONS QUESTIONS WHAT RELIGION DOES IT BELONG TO? ISLAM!!! WHAT SPECIAL FOODS ARE PREPARED? BY ETHAN WHITE WEBPAGE: http://blogs.smithsonianmag.com/food/2009/09/what-to-eat-for-eid-ul-fitr/ DID YOU KNOW... WHAT SYMBOLS DO THEY USE? THANK YOU FOR WATCHING! WEBPAGE: http://en.wikipedia.org/wiki/Eid_ul-Fitr BOOK: WORLD RELIGIONS ISLAM AUTHOUR: KATY GERNER DATE: 2008 EID-UL-FITR HOW DO PEOPLE CELEBRATE IT?