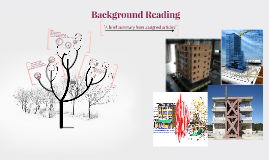 Transcript: Results & Conclusions The test building was a segmentation of an existing three-story frame structure built in 1983, in which the external walls of the first-story were built in 1955 and other walls were built in 1983. It can be observed that relative deformations of the damper are proportional to the energy dissipation of the control mechanism. Pin supported wall for enhancing the seismic performance of building structures. Seismic response & conclusions. Proposed model For structures with a timber upgrade the increase of total mass is about 20%, hence causing a lower increase of horizontal forces and displacements. Building A is a weak wall-strong frame structure, whereas building B is a strong wall-weak frame system. Results and discussion In all design parameters combinations the energy dissipation is more than 60%. Strengthening of frames structures with hinged walls is effective in reducing the maximum story drift demands and producing a more uniform distribution of story drifts over the height of the structure. Seismic response & conclusions. Adaptable dual control systems for earthquake resistance. Most important is that, in such cases, cracks are formed at very low values of acceleration (of the order of 0.04g, which corresponds to even smaller values of PGA, of the order of 0.01-0.02g, that means very frequent earthquakes. Proposed ADCS relies on the performance of braced frames with cables or tension only rods, following a closed circuit and hysteretic dampers. Methodology Before and after retrofitting was evaluated with ABAQUS 6.8. A strength degradation was introduced in the steel fiber, beyond ultimate deformation stress-strain drops with a negative stiffness. Results & Discussion The stiffness values of the test building were detected by the pulse method. A numerical study on response factors for steel wall-frame systems. Edge column foundation rocking depends mainly on the dynamic properties of the surface layer not on its depth. Rocking on the wall depends on both because an increase of foundation rotation is observed even increasing layer thickness. Inner column seems to be independent on the soil deposit. If flexible boundary is assumed,the box racking would be about half the shear strain of free-field soil. The box racking would be reduced by 50% further, if quiet boundary is assumed. Racking deformation of a station box does not conform to the shear deformation of free-field soil when distinct soil and structure regions are swayed apart under strong motions. According to these plots, it is evident that the ductility reduction factor decreases with an increase in the frame load share. Results & Conclusions The longitudinal reinforcing steel in A is lower than B. The reinforcement ratio of building A is much larger. Lateral capacity of the frames in building A is higher. Overall lateral capacities of the two are identical. SSI increases the lateral deformability of the whole structure. Progressive Collapse Resistance of Two Typical High-Rise RC Frame Shear Wall Structures. The numerical study consisted of 1600 time history analyses employing three-dimensional finite elements. All 40 structures were separately analyzed for elastic and inelastic response by subjecting them to the selected suite of earthquake records. Interstory drifts, top story drift, base shears resisted by the wall, and the frame were collected during each analysis. It is important to mention that the beams were not damaged at all, either on site or in the analyses. The severe column damage necessitating the complete demolition of the low-rise part of the building was due to three major design concepts that were not respected. Firstly, the columns were clearly weaker than the beams. Secondly, the transverse reinforcement was improperly detailed. Thirdly, column shear capacity was inadequate to develop any rotational plastic hinges, therefore leading to fragile failures Study's aim Racking deformation. When comparing different events, structural racking does not increase in proportion to input motion intensity. In particular, the increase in racking due to a 20% rise in Tcu-ew quake is more than double due to a 20% rise in kobe-ew-quake. The present paper proposes modern approaches, nonlinear static and dynamic analysis procedures based on the Applied Element Method, to assess a progressive collapse problem of a RC frame structure with infill walls. Developed of a simplified lumped-parameter analytical models that were created to run in the ZEUS-NL environment and that consisted in beam elements, rigid bars and non-linear springs. A flexible and quiet boundary conditions are separately applied to the side boundary of soil to allow comparison of effects between wave reflection and radiation damping on the maximum structural response during severe earthquakes. Single steel MRFs showed a seismic performance very closed to dual steel frames in terms of overall displacements. Structures designed for soft soil are characterized 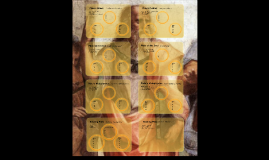 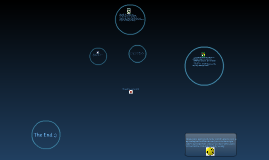 Transcript: My Reading Background By:Travis Sadler My very first book I have ever read was Mrs.Wishy Washy. It is about an old woman who wears a red and white striped apron. She lives on a farm and her animals just keep getting dirty. I was so exhilarated and joyful, and boy was my mom suprised. My favorite book before school was definitely Green Eggs and Ham. I dont know why, but I just absolutely LOVED IT! My mom says I loved it because of the rhyming and bright colors. I also talk with my friends and family about what I read, especially a book I LOVE. For example, Hatchet written by Gary Paulsen. I just love that book because its exciting and at the end of each chapter, you just want to keep on reading! Yeah, I guess i read to my stuffed animals when I was younger. I kind of remember reading to my stuffed animal E.T. I was trying to read Harry Potter! Well, now I dont read to E.T., but I still read to my sisters Sydney, Sabrina, and baby Scarlett! I remember sitting on the staircase and reading to my sisters. I would read My Big Dog and Chewy Louie. I think I am a pretty good reader, and I do plan to excel in my reading and read thicker and juicier books as I get older! I also hope that I can also become a better writer, because I know I can improve in my writing. By: Travis Sadler By Travis Sadler The End ;)