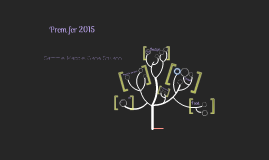 Transcript: Prom for 2015 Any additional money raised will be donated to the four charities supported by our school. We have decided to do this because we believe that giving to charity puts the money (and any other items) to good use. Heath and safety Theme for our prom Ticket prices We have chosen to have the event in the Forbury Hotel. The hotel is situated in Reading, West Berkshire RG1 3EJ. The prom is going to be at 7pm and will run to 11pm in the evening. It will be on the last Friday in June (28th June 2015). We decided to use the bar in the venue to serve drinks. The bar is included in the venue price. The caterers can use the bar in the venue to also make and serve us drinks We will have soft drinks and non- alcoholic cocktails Budget For the entertainment we will have a DJ which will play a mix of music so it will suit everyone. Also the DJ will play through out the night. We will have a dance troop to perform later in the evening. Decorations The budget we have for our prom is £1000. We have not gone over budget. In some areas we have made savings that we have put into more expensive areas of the prom. The decorations will be very realistic. We would like to have silver stanchions with red rope, red carpet, a disco ball and star confetti on the tables. The decorations won't be over the top but they will all be part of our night to remember. The prom will be very safe as we will only have people form Thamesmead school and we will be able to know whether they are part of our school as when they come in they will be checked by bouncers and given a wristband which has prom 2015 written on the front and Thamesmead school on the back. For health reasons we need first aid at the prom so we have arranged for a St Peters ambulance and crew to be there. For safety reasons we need at least 50 adults at the prom. Our Theme We intend to sell the tickets at a price of £20 per person. In doing this we will have a total budget of £5000 (£1000 capital, £4000 ticket sale). Food and Drinks - £1,500 Venue - £ 1,000 Fireworks - £40.00 DJ - £500 Champagne glasses (plastic) - £177.19 Dance troop - £100 Wristbands - £175 Plates - £117 Decorations - £200 Card and Paint - £ 41.95 Health and safety - £200 Cleaners - £85 At total of £4136.14 Layout Event We will give people their invitations in a balloon filled with helium at school. Invitations Entertainment Sammie, Maddie, Giana, Shivanni Publicity The theme to our prom is Hollywood. We have chosen this theme because Hollywood is glamorous and sophisticated. You would be in for a night to remember! We have chosen a colour scheme of black and purple as they are unisex colours. We are going to hire cleaners as it is not included in the price for the venue. The cleaners will cost £85 for a hour. We are going to have a few events going on during the evening, like a hall of fame where people will be able to put their hand print on a piece of paper. We will also at the end of the prom have a firework display to close the night and school years. We have decided to have a buffet. We decided to have a buffet so that everyone can choose what they want to eat. There will be a range of different foods so that everyone can find something they like. We will have a caterer to bring and serve the food. We also will have a chocolate fountain. Food Miscellaneous CLEANING UP Budget Break down Food Drinks Security Venue Entertainment The layout would be similar to a proper Hollywood venue. As you enter the room there will be a red carpet and stanchions with red rope attached to them. Inside, there will be a circular dance floor. The budget for our prom Where is it and what Time 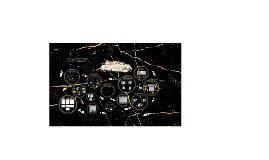 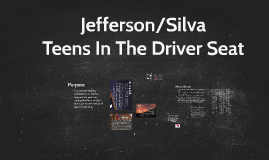 Transcript: As of 2011, Texas was one of the top 10 states for minors participating in binge drinking, driving after drinking alcohol, and drinking before age 13. In 2012 alone, Texas teens were responsible for over 160 fatalities in accidents involving alcohol: there were more than 500 arrests for driving, and at least 2200 for drinking alone. To promote healthy celebration, as well as responsible practices during the Prom of 2015. We want to see everyone back on Monday Today is meant to educate you about the dangers and consequences of alcohol. If you have information about underage drinking, do the responsible thing and call 566-TIPS (8477). The population in El Paso has reached over 800,000 individuals, of which at least 29% are age 21 and under. In 2011, El Paso had 74 traffic fatalities, of which over 10% involved teens; alcohol was a factor in at least five of these. Underage drinking parties and social hosting events have become a popular tendency in the city. Despite the common knowledge of these social hosting events, there are rarely any reports whatsoever. Parents believe that as long as they are present, they can provide alcohol to any teens in the area. In Texas- What is the law? Teens who start drinking before age 15 are 4 times more likely to become alcoholics than those who wait until they are 21. Alcohol consumption can also inhibit reaction times. Teens with a pattern of risky behaviors are further led astray by the effects of alcohol, and this can lead to injuries, unplanned pregnancies, or even fatalities. In El Paso- Alcohol does not completely destroy brain cells, but it does mess with their ability to form new memories. Alcohol consumption at an early age can also lead to a slower and lesser development of the prefrontal cortex. The prefrontal cortex is a key region for complex thinking, planning, inhibition, and emotional regulation, all of which aid in complex decision making and simple bodily functions. In the US- Anyone under 21 is considered a minor in the state of Texas. For adults, a Blood Alcohol Content (BAC) of .08 is considered illegal. If you are under 21, the limit for your BAC is ZERO. Minors who are caught drinking can face a Class C misdemeanor, which may entail up to $500 in fines, an alcohol awareness class, 40 hours of community service and a 180 day loss of their driver's license. How does it affect our brains? Drinking alcohol not only has legal consequences, it can have lasting effects on the user's body and mind. Drinking alcohol has negative effects on brain cells. Alcohol consumption can cause difficulty breathing and irregularities in heart rate, which in extreme cases can lead to a coma and/or death. Alcohol poisoning can also be a serious issue. When people are intoxicated, they tend to throw up. However, the alcohol in their blood slows down their reflexes, which can lead them to choke and in some cases, even die. Purpose If a minor is caught with a BAC over .07 (7%), the punishment can go up to a $2,000 fine, a jail sentence of 180 days, and a year long suspension of their driver's license. In Texas, the only way minors are allowed to drink is if they are on private property, in the presence of THEIR legal guardians, who must be sober. Any adults caught providing alcohol to minors face a Class A misdemeanor, which guarantees either a $4,000 dollar fine, up to a year in jail, or even both. Jefferson/Silva Teens In The Driver Seat According to the University Medical Center study, a teen dies in an alcohol related crash every 19 minutes. In 2011, at least 39% of high school students admitted to drinking alcohol in the past month. 22% of teens admitted to having participated in binge drinking. 24% have been in a vehicle with an underage, drunk driver, and at least 8% have driven a vehicle while under the influence. Our Goal: 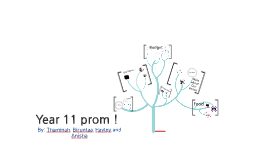 Transcript: Year 11 prom ! extra money will be given to the schools four charities so it is not just the year 11's who are going to have a good time. Health and safety Our Venue ... Raising money ... The decorations ... Budget There will be a mufti week for years 7-11. we will raise up to up to £6,300 for health and safety there will be professional first aiders and also security guards around the premises One embankment Food and Drinks - £400 Prom Cake - £80 Venue( + Their decorations, set up and waiters and cleaners )- £ 8,500 DJ - £350 Wristbands - £175 General Decorations - £250 Limo (optional) - £60 Health and safety - £200 At total of £10,015 Layout ... Event we will make leaflets and post them all around the school also we will let all the year 11 classes know about the prom. we will send emails to all the year 11's parents as well. Publicity Leaflets 8 Victoria Embankment London WC2R 2AB. Entertainment By: Thaminah, Biruntaa, Hayley and Anisha Publicity McDonalds, Pizza Hut and kfc will just be some of the foods at our party also there will be other cultural foods and foods that are suitable for vegans. The Fountain ... Food any extra money ? the ticket will cost £55. You are able to pay at the door or either by contacting us by email and doing a money transfer. On the leaflets we will put the price so that people are aware of the price before hand. Drinks Budget Break down ... Food... Security More about Our Venue Entertainment The Tickets ... Where is it and what Time 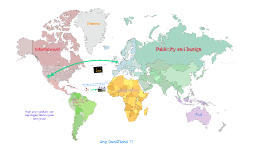 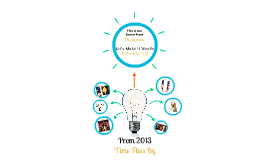