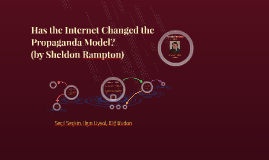 Transcript: pervade(v): to spread,to permeate, to penetrate pundit(n): professor, savant indignation(n): worth sanitise(v): to make something completely clean frankness(n): honesty culmination(n): climax 2 different surveys of real death number in Iraq carried by researchers from Johns Hopkins University and Al Mustansiriya University: 650.000 people were killed Amateurs can be journalists Report news according to one sided or regular sources Mayors, Sheriffs are the sources Creates a media that is based on wealthy and eminent people's aspects and profits. Iraq Sheldon Rampton 1.Media Ownership Editor of PR Watch Author Media Corporations Work in different areas Use the profit for media organs With Internet Cheap hosting fees Everybody can create a website Words Negative responses to media or program Make the form of letters, phonecalls, speeches and bills congress and other modes of complaint, threat and punitive action Nationalism as an ideological control mechanism 5. Anti-Communism Thank you for your attention 4.Flak Propaganda Model Consists of the "Five Filters" In Iraq War, media coverage was limited. Media did not show the real harms of war. Creates pressure on media patrons Can not report news against advertiser and financier 2. Advertising 3. Reliance on Official Sources On Internet, advertisers give their advertisements according to the websites' subject. 1957- Internet gived chance to amateurs to be journalists They can be citizens so sources are themselves and the public Has the Internet Changed the Propaganda Model? (by Sheldon Rampton) Seçil Seçkin, Ilgın Uysal, Elif Budan Propaganda Model "Five Filters" 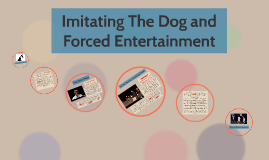 Transcript: Forced Entertainment are another contemporary theatre group, but where founded slightly earlier than ITD, in the year of 1984. They create art that explores the highs, the lows and the complexities of modern life. They experiment with a vast array of performance techniques: some have large amounts of spoken text, others none. Some are high-energy and chaotic, others are very still and minimalist. Many of the performances are collage-like in structure - layering material from different genres or sources. The company have totally erased any spoken word within this performance and only use a combination of placards and costume to continuously reinvent their identities. The performance is durational, therefore for any spectating audience their is no particular beginning or end. These different elements challenge the notion of what is necessary to make theatre: does it need time constraints? Is a script even necessary? The Zero Hour explores the relation between live action , computer generated animation and recorded material. Like all of ITD's work, Zero Hour is unique to the stage in the way that the live action of the perfomers interacts with pre-recorded video. Imitating the dog are a contemporary theatre company, founded in 1998. Their ethos is to create innovative work that challenges theatrical conventions, but remains accessible to all audience members. Their work takes a new approach to stage design, media and writing and often draws on the aesthetics and fictional techniques of the cinema for its scenographic and thematic inspiration. Their performances are specifically contemporary focused by exploring themes such as violence, love and politics and framing these towards an audience whom live in a world where the decision as to what might be the right and just action seems increasingly hard to decipher. Durational performance: 1st February 2014 Imitating The Dog The Zero Hour Imitating The Dog and Forced Entertainment Forced Entertainment Touring from 2011- to date. 12 am: Awake & Looking down is a physical and visual performance that explores the relation between object, label, image and text. The piece plays on the growing exhaustion and inventiveness of its performers as they create new stories or juxtapositions between their different characters and each other. The Zero Hour follows the stories of three couples living through very different versions of the same historical events in the final hours of the war in Berlin in 1945. Across these different histories the protagonists' lives reflect one another and gradually together they build a picture of human stoicism in the face of history. 12 am: Awake & Looking Down 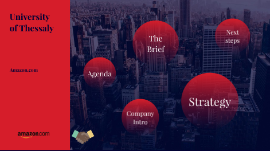 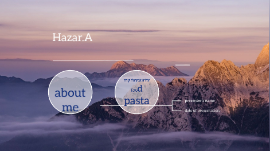