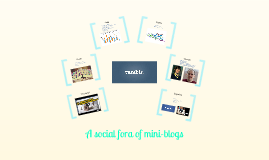 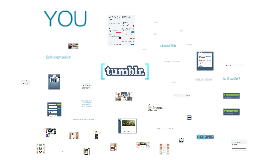 Transcript: Self-expression one of the ways to both have & show respect Everything about your blog is customized by you & you alone. Your blog can be about anything Is it safe? HECK YEAH block UNLIMITED posts likes reblogs following of other blogs blogs FREE YOU It is one of the many ways to have and show respect 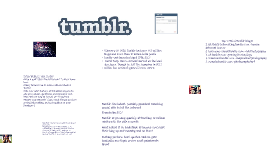 Transcript: Tumblr is growing quickly, attracting 72 million visitors to the site a month February 27, 2012, Tumblr had over 46.2 million blogs and more than 18 billion total posts Tumblr was launched April 27th, 2007 David Karp. Marco Arment served as the lead developer, though he left the company in 2010 within two weeks it gained 75 000 users EASILY INTERACT WITH OTHERS *Like a post? Click the little heart to show some love. *Many themes can be mixed with Facebook & Twitter. *The new "ask" feature, which allows anyone to ask you random questions, anonymous or not. (This feature may be turned off at anytime. *Follow your favorite blogs, about things you love or find interesting, and get updates on your Dashboard. *Use tags (which appear on most themes) to sort your posts. *Add Pages to your Tumblr (available on the Customize page) to easily link to an extended About Me, frequently asked questions, ect. *Create as many different blogs as you want, all easily accessible from your main account Top 5 rated Tumblr blogs! 1. all-thats-interesting.tumblr.com -human interest, humor 2. love-your-chaos.tumblr.com -Art/Photography 3. o3.tumblr.com -gaming/technology 4. icanread.tumblr.com -inspiration/photography 5. monk3y.tumblr.com -photography/art Founded in 2007 What makes it so addicting, is anyone could get their blog up and running and no time! Tumblr, the latest, possibly greatest mini-blog social site to hit the internet Posting picture, text, quotes, videos, gifs basically any topic you're most passionate about 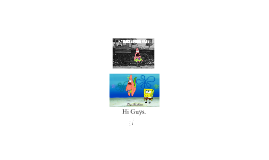 Transcript: Hi Guys. Tumblr Founder There are about 115.0 million blogs, 52.9 billion posts & 186 employees. Any Famous People Using Tumblr? Tumblrs Money Is Tumblr Bad ? Tumblr By Jemell Jones & Brian Escobar Period. 5 Tumblr Headquarters Another Tumblr Founder Tumblr for mobile The Former CTO of tumblr is Marco Arment. Born June 11, 1982 in Columbus, Ohio. Travie McCoy - traviesblog.tumblr.com The site became available to BlackBerry smartphones on April 17, 2010. In June 2012, Tumblr released a new version of its iOS app, Tumblr 3.0 allowing support for spotify, hi-res images and offline access. It was also available for Android. A Windows Phone app was released on April 23, 2013. What you can do on tumblr is follow people, friends anyone you want to follow. Also you can reblog photos, post text, upload photos, quotes, links, music, and videos from your browser, phone, desktop, email or wherever you happen to be. You can customize everything, from colors to your theme's HTML. Its headquarters is 35 East 21st Street, 10th Floor, in New York City. One of the founders & CEO of tumblr is David Karp. He was born July 6, 1986 in New York City. What Do You Do On Tumblr? Blog, Post, And Employees Katy Perry - katyperryblog.tumblr.com To date, Tumblr has received about $125 million of funding from investors. In its first round of funding in October 2007, Tumblr raised $750,000 from Spark Capital and Union Square Ventures. In December 2008, the company raised $4.5 million in Series B funding and a further $5 million in April 2010. In December 2010, Tumblr raised $30 million in Series D funding. The company had a $800 million valuation in August 2011. In September 2011, the company raised $85 million in a round of funding led by Greylock Partners and Insight Venture Partners. Tumblr isn't bad, it just has some inappropriate photos, and a few people dont like that so they think tumblr is a bad website. the only creepy part is that on tumblr when people message you they message you anonymously they say thing and you want to know who said it but you wont find out until they come off anonymous and reveal who they are. Another thing is if you're famous and you have a tumblr people will message you and be anonymous and say bad thing that will make you feel bad and you wont know who said it. Kid Cudi - cudlife.tumblr.com 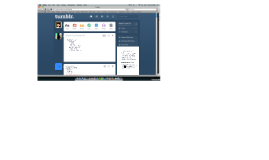 Transcript: The End Tumblr is one of the biggest social media platforms today We thought he would be an interesting person to research based on that he dropped out of school at 15 years old He's only 27 and already an entrepreneur We both use Tumblr and wanted to learn more about the website and what was behind it How Karp started/education Born in 1986 Karp started programming at age 11 after reading 'HTML For Dummies' Was accepted into an elite science high school in New York, but dropped out at 15 to run his own company, "Davidville" Had to lie about his age to gain and keep clients. At 19 he caught onto new blogging word, 'tumblelog' & decided to start one himself Tumblr officially launched on November 1, 2007 First employee was programmer Marco Arment In mis 2011 Tumblr had more than 10 employees & received about $40 million in funding from venture capital groups Tumblr consists of: 300 million monthly visitors 637 posts per second 38,194 posts per minute 2.3 million posts per hour 385 million posts per week 1.65 billion posts per month 20 billion posts per year Why did we chose David Karp? How large is the company? David Karp traits: Persistence Creativity Confidence Willingness to take risk Human-relation skills Technical ability Ability to make decisions 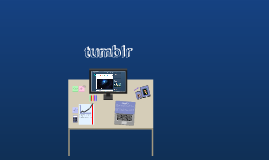 Transcript: tumblr Tumblr has smartphone applications, making it appealing for people who enjoy travelling and photography, and is widely used on both home computer and mobile device platforms The amount of users, blogs, and posts have increased a lot over the years. The open, more comfortable, potentially anonymous format of the site allows users to post things relative to their interests, and they can find and follow other blogs that post things they like as well. Founder and CEO Tumblr is most popular with the teen and college-aged user segments with half of Tumblr's visitor base being under the age of 25 Team Content Most content is able to be viewed by anyone who follows you, and it allows you to be more open about things you post because you are known by a username, and you don't have to share who you actually are. Bloggers can post a multitude of media from drawings to digital art, from photos to videos and music, from stories and poems to advice and day-to-day activities. Co-Founder and former CTO Very Open Format David Karp tumblr Appeal As of September 2011, the website received more than 13 billion views per month. As of April 2013, 76.5 million posts were created on the site each day. As of April 13, 2013, Tumblr had over 102.6 million blogs and more than 44.6 billion total posts. Marco Arment 0 + - = 9 8 7 1 2 3 4 5 6 c 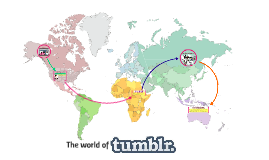 Transcript: - Germany -> proportion of Tumblr users about 3.5% - United States -> proportion about 30.8% Video - 1st May 2014 -> hosts over 184 million blogs -> more than 83.1 billion posts - February 2012 -> tumblr staff announced -> ban blogs, that promote or advocate suicide, self-harm and eating disorders - Tallulah Wilson -> suicide of a British teenager -> raised issue of suicide and self-harm promotion on tumblr -> a user is reported to have sent Wilson an image of a noose accompanied by the message "here is your new necklace, try it on." -> Maria Miller, UK's minister of culture, media and sport, said, that sites like tumblr need to remove "toxic" self-harm content - service -> most popular with the teen and collage-aged -> half of Tumblr's visitor under the age of 25 The world of - post multimedia and other content to a short-form blog - users can follow other users' blogs -> private blog also possible basic information - microblogging platform and social networking website - founded by David Karp and owned by Yahoo! Inc. - headquarter in New York City with 255 employees top blog categories criticism - 20th May 2013 -> announced to buy tumblr for approximately $1.1 billion -> tumblr's users were unhappy -> started petition, achieving nearly 170.000 signatures => deal finalized 20th June 2013 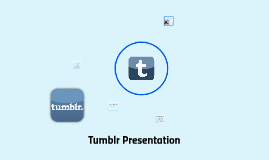 Transcript: Tumblr is a site that can allow a small business to flourish with personal search engine optimization which contains a social media twist. Tumblr is a fast and easy way to microblog and post anything! Why is Tumblr Unique? Tumblr was originated by Chris Neukirchen, a high school student in Germany. His idea was noticed by Marcel Molina, who refined Chris' idea and concept. In 2007 David Karp reached out to Chris and Tumblr took off. In 2013 Yahoo acquired Tumblr for $1.1 billion. What is Tumblr? As of February 1, 2017 Tumblr hosts 334.1 million blogs Messaging available Dashboard is where all blogs and sites followed appear Mobile app is available Tumblr Presentation What is a microblog? Tumblr Tumblr History A microblog is a website that enables a user to make short posts about any and everything. Tumblr Features Main posting types: Text, photo, quotes, link, chat, audio and video User can create distinct domain name User has many unique features to customize their page