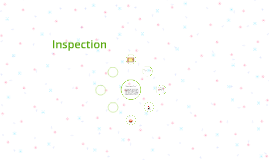 Transcript: Look at the previous inspection check if any recommendations had been made and are being met. Ensure I have up to date knowledge of Ofsted in case of any changes. Preapare information to be given to staff Organise team meetings with staff Audit paperwork Monitoring sessions with staff and students Questions? Presentation Brief How would I prepare? My team The students Individuals understanding of Ofsted Documentation Communication What actions might I take? What things would I need to consider? As a regulated service we are inspected by Ofsted and judgements are made about the effectiveness of our service. As a Care Manager how will you ensure that you are prepared for the inspection process yourself and how will you ensure that the teams that you are responsible for are also prepared. Inspection 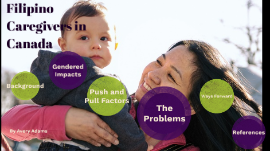 Transcript: By Avery Adams Filipino Caregivers in Canada Background Background The care giving industry is very successful in the Philippines. Remittances from migrant domestic workers is the Philippines economy’s largest origin of foreign currency. In 1999, it totaled almost $7 billion. Migrant workers in Canada from the Philippines is continuously growing (Figure 1). The Philippines have debts from Structural Adjustment Programs (SAPS). SAPS = unemployment Unemployment = finding work in Canada Figure 1 "...globalization has also led to widening disparities of employment opportunities, incomes and living standards across the globe. In some countries, globalization has adversely affected jobs and livelihoods in traditional sectors. The failure of globalization to create new jobs where people live is a prime factor in increasing migration pressures. 'When people cannot find work at home in their communities and societies they look elsewhere.'" -UN Economic and Social Council, 2006. Globalization & Migrant Workers Globalization& Migration Workers Gendered Impacts Gendered Impacts Mothers Mothers Greater impact on family with female migration than male detached from their own family to emotionally care for their work family hard to mother their real family across seas psychological effects on their children job seen as for family survival not a desired career Female Migration Female Migration Canada is a major destination for female foreign workers about 7,000 of 9,000 Filipino migrant workers in Canada are female (Figure 2) increasing Filipino women in care work such as nannies, nurses, and domestic workers Figure 2: Major overseas work destinations from the Philippines in 2010 Figure 2 9,737 total/ 7,400 female Push and Pull Factors Push&Pull Factors Push Factors Pull Factors cycle of poverty high rates of unemployment dislocated rural labour is poorly taken in by the factories of the export processing zones labour export policies that the state highly encourages employment offers are more attractive give household back in the Philippines with an infusion of foreign dollars = higher expenditures support families back home The Problems The Problems Fewer Rights Abusive Working Conditions Limited Access to Services It is rare if Employment and Immigration investigate a complaint made by an employee to make their employer behave properly and often action is only taken when a migrant domestic worker is at breach of contract. Loss of jobs, sudden illnesses or pregnancies can lead to the Filipino caregiver to be instantly deported. Currently, the only monitoring of caregivers' rights are complaint-driven. Complaint-driven monitoring is not effective because most do not even know where to file a complaint and are freightened by the consequences. Where workers do submit a formal complaint, only in British Columbia is there a policy to grant them permission to remain in Canada while the complaint is investigated. Temporary migrant workers are denied federally-funded settlement services (nterpretation and translation of documents, or help to arrange these services, help filling out forms and applications, english classes, help finding a job or training, information about other community services, schools and health care). They often lack access to health care, and information on medical and legal rights. They pay taxes and into social benefit programs that they might never claim. Ways Forward Permanant Residency long-term solution do not have to rely on employer for access to housing, access to health care, and information on basic rights not tied to one employer Granted Landed Immigrant Status Buffer Time Consider a buffer time inbetween a complaint investigation or loss of job therefore, before being deported back to the Philippines, the caregivers have a time period to find another job or recover from abuse also keep track which companies/employers are keeping proper working conditions and following codes of conducts because the women in the ‘buffer time’ will not be scared to speak of their experiences if immediate deportation is off the table Very simple give the caregivers the rights they deserve as human beings enforce access to services without having to go through employer Enforce Temporary Migrant Workers' Rights Canadian Council for Refugees, 2018a. “Migrant Workers-the Issues.” Canadian Council for Refugees, 2018b. “Evaluating Migrant Worker Rights in Canada”. Chain of Love. Dir. Marije Meerman. 2001. Coalition for Domestic Worker Rights Canada (CDWRC), 2018. “Vancouver Committee for Domestic Workers’ and Caregivers’ Rights." Mikita, Jeanne Marie. “State Policy and the Migration of Foreign Domestic Workers in Canada.” The Migration of Filipina Nannies to Vancouver, British Columbia (1994). Parrenas, Rhacel Salazar. "Global Women." The Care Crisis in the Philippines: Children and Transnational Families in the New Global Economy (2004): 39-54. Stasiulis, D. and A. Bakan. “Underdevelopment, Structural Adjustment and 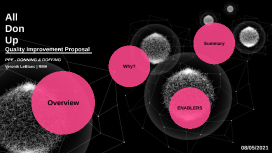 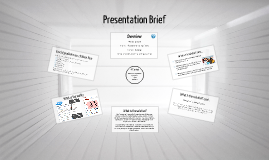 Transcript: Good parenting is the solution. As parents we need to take an active interest in our children's formation, rather than leaving it to society, their peers and the government. We need to instill our Catholic values. What is the solution? What is the Solution? cont... The talk: Reasons for being Chaste What is the solution? cont... My background Character story boards Hard facts Videos Analogies Center of Disease Control What is the reality The Government is not really discouraging our children from having sex, they are instructing them on how to have it safely. This has been ongoing for the last 3 decades. How successful have they been? However sex is only safe in the environment it was designed for. So what is the solution? Presentation Brief 4 themes Overview The surest way to avoid STDs is to abstain from... sex or to be in a long-term mutually monogamous relationship with a partner who has been tested and is known to be uninfected. Catholic formation of the next generation Crucial problems our children face Cultural message Our modern culture is preparing our children for a lifestyle which is contrary to Christian values. We want to teach our children to be living saints and we should participate in that journey with them From the cultural formation we see these consequences Teenage pregnancy Sexually transmitted diseases / infections Abortion Contraception Premarital sex Pornography Teaching the children a rule set to make the right decisions in life We want our children to be happy - true happiness can only be achieved through putting God at the center of our lives 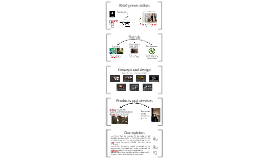 Transcript: It's a very big suite, located 10 meters up in the pines. A big stair allows the access to the room. There is a large panoramic window with a view on the valley and a patio made with a big net ! Sweden, in a forest : Nothern Lights Britta and Kent Lindvall Tree house hotel, modern design This room can be used as a conference space or a private suite. There a big panoramic window, with a spectacular view on the valley Products and services It's a platform hight up on a sharp hillside. Relaxation center : Sauna and jacuzzi Trends The cabin The blue cone Environment Eco-friendly hotel : organic ingredients and dry toilets The 7th room Tree hotel Brief presentation The room looks like an UFO, with a very futuristic design. It looks like flying in the forest and there is a ladder to go up. The mirrorcube We think that the concept of the hotel is just amazing because there is very few hotel in the world with house in the trees and the design is very cosy, original and modern. We like that each room is different. We really like environmental awareness of the owners with the installation of dry toilets and the utilisation of local and organic ingredients. But we think that the price is a bit to high (500€), because there isn't bathroom in each room. Innovation / originality Edeforsvägen, Harads, Sweden Our opinion The room is a traditional red wooden house. A bridge allows to access to the room. There is 7 rooms and there are each different The bird's nest The dragon fly Since 2004 The UFO Owners of Tree hotel Location Britta's restaurant : organic and local products (gibier from the forest) Sweden Concept and design The room is like a gigantic bird's nest, camouflaged with stick of wood. It's an exciting hide-out among the trees camouflaged by mirrored walls that reflect their surroundings. 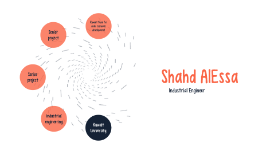 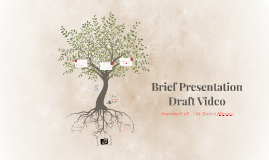 Transcript: Confirm final requirements Confirm final deadlines Review feedback and make any final changes Project to be completed mid March Draft Video A helping hand for our primate relatives. The purpose of this short video is to raise awareness of the destruction of palm oil plantations and the effects on Orangutans. Final Stages All elements have been completed to schedule For further information and to discuss feed back and changes please contact me: 3D animations completed using Cinema 4D. The video has been rendered in draft mode only using after effects. Project Details Assessment 2B By Jessica Harinen Photoshop was used to create the orangutan outline for the introduction. The following draft video is designed to connect with the audience and educate workers, families and children on how they can make a difference. Create Final Copy Pending Composition The project details outline the technique information for each stage of the video. Completed Create Concepts Present Concepts Create Script 3D Concepts 3D Storyboard Diagrams of Models Create Models Create Animations Statement of Work Time frames Thank you Awaiting Final stages and approval Brief Presentation Draft Video Jessica Harinen 0428587581 jessica.harinen82@bigpond.com Project completion Animations, Images, Sound effects and content are then put together in After effects. 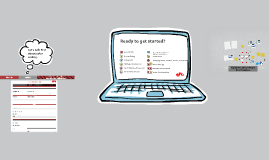