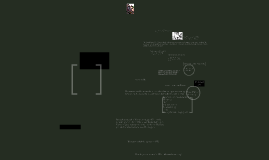 Transcript: Civil War Literature Background The war began as the result of a dispute between certain southern states and certain northern slates regarding slavery and the taxation of cotton exports. The Civil War made a tremendous impact. Numerous authors have written about the events and background both from a literary and historical perspective. One of the most famous works of literature related to the Civil War is The Red Badge of Courage, by Stephen Crane (which we do not read) What, if anything, did the Civil War accomplish? First of all, America's slaves were immediately set free. Secondly, the cotton farmers of New England were required to pay a twelve percent duty on all exported cotton balls, swabs, and dungarees. Family Life during the Civil War The Civil War split families and friends. Brothers fought brothers on the battlefield. Three brothers of Mrs. Abraham Lincoln died fighting for the South. As men left for war, women had to step in to fill their place. Women took up roles as factory workers, clerks and school teachers. As the number of sick and wounded increased, women also took on the role as nurses. WHAT ARE WE READING? An Occurence at Owl Creek Bridge Set during the American Civil War, "An Occurrence at Owl Creek Bridge" is the story of Peyton Farquhar, a Confederate sympathizer condemned to death by hanging upon the Owl Creek Bridge of the title Author: Ambrose Bierce Type of Work: Short Story Published: 1890 Pay attention to the elements of a short story: -plot -characterization -foreshadowing -irony -literary devices (imagery, etc...) Author's life Bierce separated from his wife in 1888 after discovering compromising letters to her from an admirer, and the couple finally divorced in 1904 Bierce disappeared in Mexico at the age of 71... while completing a tour of Civil War areas. He decided to go to Mexico to get a perspective on their revolution (He was a journalist) and he was never heard from again. He was wounded during the Civil War... How do you think the Civil War influenced his writing? The United States Civil War was the bloodiest conflict in American History, claiming more lives than The American Revolutionary War, World War I, World War II, The War against Switzerland, The War of 1812, and the Vietnam War combined. 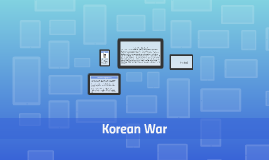 Transcript: Affected many people: This would have affected all of Canada, its government, and of course the people on the battleships. Lasted over a long period of time: Although Canada was not involved from the get go they still joined and took a big role in the Korean war. Deep Consequences: The deep consequences were that Canada was brought into battle by the U.N. and that Canada was also made vulnerable with less defense against our home land The End Historical Significance Korean War The U.S. owned part of the Korean peninsula and was being influenced by Russia in an communistic way and the U.S. was influencing them in a democratic way. The Korean War was in June 1950 and about North Korea invading South Korea because of this. During the war the United Nations Security Council asked for UN states to send troops to the region under a UN flag. The huge bulk of the troops sent were American (there were 15 nations that sent troops). Canada at the time was more concerned about defending Canada tried to stay out of the war. The U.N. eventually command that Canada would fight alongside with them and were to send in three Canadian destroyers. Korean War - Background Artifact This is a chunk of metal broken off of one of the three Canadian destroyers (battleships) that went into battle as to help fight alongside with the U.N. 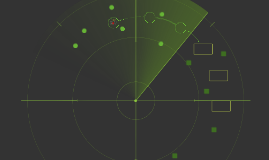 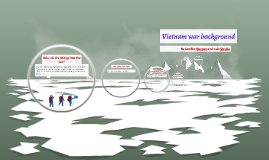 Transcript: history.com Why did the war start? Because the north was invading the south Vietnam Vietnam war background Research said that there was know exact day day but they believe it was about 1955-1973ish around there. North Vietnam and it's southern allies, known as Viet Cong,against Southern Vietnam and it's main ally, the United States. the war killed 3 million people including 58,000 americans. There was 2,709,918 soldiers in the Vietnam war. How many people died? 190,000-430,000 south Vietnamese and 50,000-65,000 north Vietnamese died. done by the great Caroline and Josie:) google google definitions google definitions History.com By Caroline Noonan and Josie Stackis We went into the war because the U.S government saw that North Vietnam was trying to bring North and South Vietnam together. The U.S. was helping the South Vietnam try to keep North Vietnam away. how many american soldiers were in the Vietnam war? How long did the war last? What happened in the war? hiistory.com Why did the USA go into the war?