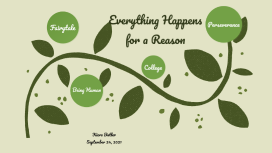 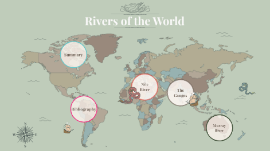 Transcript: Rivers of the World Nile River Location The Nile runs through a total of 11 countries, some of those are Egypt, Uganda, Rwanda, Kenya and Ethiopia. Length Did you know that the Nile River is 6,695 kilometers long? Length Basin Size Basin Size The Size of the Nile River basin is 3,254,853 km 2 Population Population The Population of the Nile Basin is 360 million, a third of the population of Africa! Flow Rates The flow rate of the River Nile is 2,830 m3/s Flow Rates History 3100 BC History of the Nile First Egyptian Dynasty 1858 CE Europeans discover the Nile 332 BC Last Egyptian Dynasty 1960 CE Aswan Dam Built 2018 CE Water Quality Water Quality Drinking Water straight from the river is very unhealthy, even though it is not polluted. The area inside the basin is lush and plentiful, but just outside is a huge desert. Due to low salinity levels there are many fresh-water fish that live in the river such as the Nile Perch, and Catfish. The Aswan dam – also known as the Aswan high dam – was built across the river Nile in southern Egypt near the city of Aswan. The dam is 3,830 meters long and 111 m tall. It’s 980 meters wide at the base, coming to 40 meters wide at its crest. The structure contains 43 million m 3 of material – mostly rock and clay. Engineering Engineering The Ganges Location The Ganges is located in North India, it rises in the western Himalayas in the Indian State Uttarakhand and flows south to the Indian Gangetic plain The Ganges is 2,525km long. And 17m deep Length Length The flow rate of the Ganges River is 12,020 meters cubed per second (m³/s) Volume/Flow Rate Volume/Flow Rate The Ganges stretches a missive distance of 1,086,000 square kilometers! The Ganges Basin Basin 1 billion people live in India and approximately 400 million of them live in the Ganges river basin! This makes the ganges the most populated river in the world. Population Population The Ganges provides water to about 40% of India's population so the water should be clean and healthy to drink although this is not the case. Some parts of the Ganges are so badly polluted that it has been ranked one of the most polluted rivers in the world. The main causes of pollution are: - Human Waste - Industrial Waste - Religious Traditions Water Quality Water Quality After Being elected India's Prime Minister Narendra Modi said that she would go forward with the idea of cleaning up the river and controlling the pollution in it. So far, a massive amount of $460 million have been spent in various different ideas and efforts in cleaning the river although all of this money has been spent they are not making much progress. Environmental Awarness Environmental awareness The Ganges is home to over 140 species of fish, 90 amphibian species and 5 areas of birds that are found nowhere else. Because of the growing pollution these species may become endangered. Aquatic Habitat Aquatic Habitat There are around 9 different bridges that cross the Ganges. The one in the picture is called the Hardinge bridge it is 1,798m long. Engineering Engineering To the people who live in the Ganges Basin the river is considered sacred, they worship a goddess called Ganga. She is worshiped by Hindus who believe that bathing in the river causes their sins and wrong decisions to go away, and that the water of the Ganges is considered very pure. History History Countries China Bangladesh India Nepal The countries the Ganges flow through The Murray river is located in Australia and starts in New South Wales/Victoria in the Southern Alps and ends at the Murray Mouth at Goolwa . The Murray River Murray River The Murray River is in the Murray-Darling Basin The flow rate of the Murray River is 767 m3/s (cubic meter per second) Photos The Murray River is 2,508 kilometers long The length The population of the Murray River is 11,960 people Population It is not recommended that the water from the Murray River is drunk straight out of the river unless it has been treated although 40% of Adelaide’s water is provided from the Murray River but most of the water is piped to Keith or west Eyre Peninsula. Water Quality Fish stock and aquatic habitat Lowland rivers in the Murray River provide a big range of habitats for fish and animals. There are many species of fish that live in the Murray River including Murray Cod, Callop (Golden Perch), Bream, Catfish, Macquarie, Perch and Red-fin. Many species of fish in the Murray River are still unknown but one pest that is known is European Carp. The Murray River has many environmental problems including pollution and sand dumping. If people continue to do this the nature will eventually die and big problems will start popping up all over Adelaide and for people who need this water source. Environmental Awareness Environmental Awareness - First discovered by European explorers Hamilton H. Hume and William H. Hovell in 1824 History - Severe drought in 2009 - The Murray River would have appeared on the map as a group of islands when it was a The 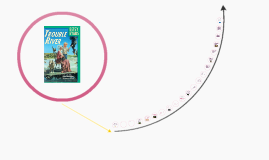 Transcript: A band of Indians would descend upon an isolated area without warning, burning cabins, and killing the settlers. This is the setting for Trouble River. End of history lesson! What do you know about theme? The Martin family, whose isolated farm is situated on the edge of the wilderness, has the threat of Indian attacks. Dewey and his grandmother are vividly written characters. Watch for changes in them from the beginning of the novel to the end. Setting – TIME and PLACE Although it is not heated, there is a conflict between Dewey and his grandmother. Trouble River is realistic with strong sensory details. (You know those are images that appeal to your senses.) Watch for them to give you vivid pictures of the setting. Here are some examples… EXTERNAL CONFLICT INTERNAL CONFLICT “the golden prairie” “the long waving line of grass on the horizon with not one single cabin or chimney in sight” “the prairie with its strange sounds and long stillnesses” “lonely sighing grass bent by the wind” In the eastern part of the Great Plains, in what is today Kansas and Nebraska, large battles and even minor skirmishes were rare. Still, small bands of five or six Indians would occasionally revolt against the growing system that was depriving them of their traditional way of life. Watch for… characteristics of historical fiction possible themes information about the setting sensory details conflict characterization Dewey experiences doubt and worry at being able to maneuver his homemade raft. Message about life or human nature that the author wants you to take away from the story. It should be about life; it should not be specific to the characters or story. There can be as many themes as there are readers. story based partly on historical events and partly on the author’s imagination usually based around a true event or period in history and may contain actual people and places, but the plot and main characters are made up Remember – it’s FICTION. Much of the interest of a novel comes from its conflicts. This novel has many conflicts. Here are some examples… SENSORY DETAILS The Great Plains had been set aside as Indian country and closed to settlers. Settlers were only permitted to pass through on their way to other places – California, the Oregon Country, the upper Midwest. However, as the population of these regions grew more dense, Americans directed their gaze toward the wide-open prairies, and Congress acted in 1854 to open the lands to settlement. In 1862, Congress added an inducement to get people to settle on the plains by passing the Homestead Act. It offered each homesteader 160 acres of land. If settlers lived on the land for five years and made improvements to the property, it was theirs permanently. What do you know about the genre of historical fiction? EXTERNAL CONFLICT Dewey and his grandmother face the wilderness as they try to raft down Trouble River. The Native Americans of the Western Great Plains began to feel the encroachment of the white settlement. Classes arose over possession of the land. In 1876 numerous Indian tribes joined forces to defeat General Custer and the US Army in the Battle of Little Big Horn. Theme CONFLICT EXTERNAL CONFLICT Grandma experiences internal conflict as she confronts her deeply rooted fears of the wilderness. CONFLICT: struggle between opposing forces EXTERNAL CONFLICT: struggle between a character and an outside force INTERNAL CONFLICT: struggle within a character’s mind The story takes place on the Great Plains in the mid-19th century, shortly after the first white settlers arrived. Let’s have a short history lesson… ENJOY THE NOVEL CHARACTERIZATION YOUR READING GUIDE WILL HELP YOU FOCUS ON THESE LITERARY ELEMENTS AS YOU READ. Here is some information that will help you to read and understand this novel better. KINDS OF CONFLICT INTERNAL CONFLICT Historical Fiction