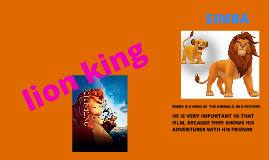 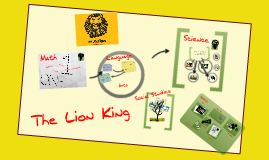 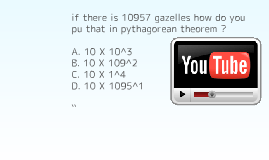 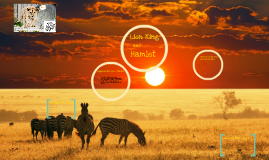 Transcript: Both are sons of a King Both fathers murdered by there uncle Both talked to by there father's ghost Originally thinks his fathers death is accidental Sent away by uncle to be "killed," yet both survive and return Learned who killed his father late in the story Mufasa doesn't directly tell him to kill Scar, but he suggests for Simba to return and assume the throne. Doesn't kill Scar Doesn't die, and assumes the throne Learned who killed Old Hamlet early on Old Hamlet tells him to avenge his death, and kill Claudius Kills Claudius Dies, doesn't assume throne Both Hamlet and Simba were deceived by appearance. Hamlet had no idea Claudius killed his father, and looked up to Claudius as a superior figure in his life. Simba at a young age prematurely idolized Scar, and only at the end did he realize his true colors. Simba's Differences Hamlet: Son of Old Hamlet. Tragic hero, vengeful, indecisive. "Run, Simba, run away and never return." Act I scene V "Revenge his foul and most unnatural murder." How are Simba and Hamlet similar? Lion King and Simba Meow Hamlet's Differences Characters "Look inside yourself Simba, you are more than what you have become... You are my son, and the one true king." Hamlet Simba: Son of Mufasa. Courageous, friendly outgoing. Appearance as a Theme Hamlet Act IV scene iii "Hamlet this deed...for that which thou hast done must send thee hence with fiery quickness...to England." Act I scene V Upon my secure hour thy uncle stole, with juice of cursed hebenon in a vial, and in the porches of my ears did pour the leperous distilment Ashamed of "murdering" his father. Shys away from his past, but eventually finds out it is his calling to be King. "This is just the way your father looked before he died. And here's my little secret: I killed Mufasa." Plot Motives Eyes set on revenge throughout the story 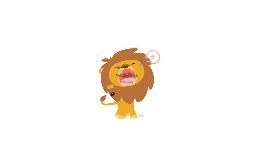 Transcript: Simba's birth is unique and disadvantaged because he is next in line to be king, but his father dies. Simba's goal was to become king by defeating Scar. He later finds out that Scar killed his father, so he gets revenge. Simba's friends are Nala, Timone and Pumba Simba has his own inner journey where he becomes more aware of his responsabilities Scar is the villain of the movie; the one who killed Mufasa and took the throne Simba's love is his chilhood friend Nala; they share some scenes of romance Simba's low point is when he doesn't believe he can be king because he can't face the past His wise guide is Rafiki because he shows Simba the way and helps him realize who he is Simba becomes the king of Pride Rock. The characters in this movie are Simba, Nala, Timone, Pumba, Rafiki, Mufasa and Scar: the villain of this movie Characters: Birth Return & Reward Goal Call to Destiny Test/Quest The Lion King Simba realizes that Pride Rock is in danger and that he has to be king The Hero's Journey 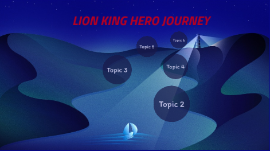 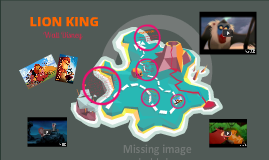 Transcript: STORY ABOUT The main characters The Lion King is a 1994 American animated musical adventure film produced by Walt Disney Feature Animation and released by Walt Disney Pictures.The story takes place in a kingdom of lions in Africa. It tells the story of Simba, a young lion who is to take his father Mufasa's place as king. However, after Simba's uncle Scar kills Mufasa, he must stop his uncle from conquering the Pride Lands and avenge his father. - THANKYOU ABOUT LION KING Shenzi ScarEd Banzai Rafiki Mufasa Simba Sarabi Zazu Timon Pumbaa Nala Sarafina. Popular songs - Circle of Life - Can You Feel the Love Tonight - Hakuna Matata - He Lives in You - The Madness of King Scar - I Just Can't Wait to be King - The Lion Sleeps Tonight - My Lullaby - We Are One -The Hula Song The film was produced during a period known as the Disney Renaissance. The Lion King was directed by Roger Allers and Rob Minkoff. The Lion King was released on June 15, 1994 to a positive reaction from critics, who praised the film for its music and story. With earnings of over US$951 million worldwide as of 2011, the film is the highest-grossing hand-drawn film in history, the highest-grossing 2D animated film in the United States, and the 17th-highest-grossing feature film. The Lion King garnered two Academy Awards for its achievement in music and the Golden Globe Award for Best Motion Picture – Musical or Comedy. Its songs were written by composer Elton John and lyricist Tim Rice, with an original score by Hans Zimmer. A Broadway adaptation of the film opened in 1997, and won six Tony Awards, including Best Musical. I wish you all love and enjoy this project about the special movie LION KING Walt Disney LION KING

Transcript: Simba and nala reunited Good Bad Simba and Nala have re-united which is a form of good but also this scene is a form of good as they re-united to help the kingdom from scar. Simba and Nala are great friend and that is a form of good. they help eachother, care for each other like family does. The Lion King Mufasa's death hakuta matata definitions this scene is seen as a form of evil as Scar is planning to kill one of his family members. A type of evil is murder and Scar is planning to murder his brother but what makes it worse is it's someone who he is meant to love. simple explanation Lion King is set in Africa, where a young lion named “Simba” is born and will become the future king of Pride Rock. The king, Simba’s dad King Mufasa brother “Scar” didn’t attend the ceremony of Simba as he was jealous about not being king. It later shows him a few years later as an energetic and curious cub. One day, the king gives him a tour of everything that will soon be his land and teaches him the responsibilities of a king. Later, that day his uncle makes a plan with the hyenas so that the king will die and then they can blame it on Simba. The hyenas chase a herd of wild beast where Simba was waiting for his father and Scar goes to get the king to tell him Simba is in the middle of the stampede. As of this King Mufasa dies and Simba runs away. There he meets Timone and Pumba where they help him and where he lets go of his past. When Simba is older he runs into Nala. Nala gets excited and tell him how Scar has destroyed Pride Rock and how he should return and claim his throne. He refuses but later he gets hit in the head and decides that he should go. When Simba returns he fights Scar and wins. In the end, Simba and Nala get together and have an heir to the throne. Good: Morally excellent; virtuous; righteous; pious Evil: morally wrong or bad; immoral; wicked this is a representation of good as timone and pumba help simba after he ran away from pride rock. even though Simba was a stranger to Timone and Pumba, they still help him and accepted him for who he is. timone and Pumba take in Simba as one of their own and teach him their ways. good and evil throughout the movie Good and evil characters can be seen thought out the whole movie. Good and evil can be seen throughout the actions and thoughts they show. Some characters that are good is: mufasa, simba, nala, rafiki. They all share good in them as they perceive to the best way of following what god has taught us was right.Some characters are evil because jealousy and greed have taken over there thinking and now in their mind the only way to succeed is to do bad things. Jealousy and greed have overruled the brain and people lose sight of the right way to live. Mufasa's death is a form of evil as Scar planned his brother's death. Scar wanted Mufasa dead so that he can become king. In doing this he made Simba feel guilty of his father's deaths which led to Simba running away. be prepared- scar explain why some characters are good and some bad