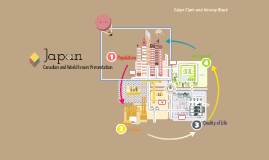 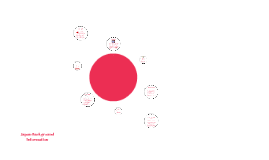 Transcript: Japan Background Information - Their current economic state is not great - The value of yen continues to decrease compared to the U.S dollar - Their debt is 226% of their GDP - In April of 2014, they increased consumer tax from 5% to 8%, but all this has done is decrease the increment inat which debt multiplies Treatment of Women and Children Healthcare - Children have the right to go to school - Children can start working as early as 13 if the work isn't dangerous - Women are given just as much opportunities to work as men - It has the 3rd largest economy in the world - The form of currency used in Japan is called yen - The most prominent import in Japan is Oil, and the most prominent export in Japan are vehicles - The Gross Domestic Product (GDP) is 4.92 trillion U.S dollars - Japanese human rights bear many similarities to those in the U.S - They have the right to life, liberty, and the pursuit of happiness - They are allowed freedom of religion, assembly, speech, academics, and petition - Discrimination against certain people is outlawed Economy - 5 Facts - The 2 main religions that Japanese people practice are Shinto and Buddhism - Religion is practiced in a private matter in peoples own homes with family - On rare occasions ( birth, marriage, or death) the japanese people practice rituals and attend spiritual matsuri (festivals) Geography Part 2 Current Economic State Geography Religion Human Rights - Part of the reason why Japan has the 2nd highest life expectancy is the great healthcare offered - Every person in Japan is required to get health insurance, that is kept even if you lose your job - Premiums average at about $280 or 31810.10 yen - Japan is quite famous for it's frequent earthquakes. - Japan also has lots of volcanoes, the highest being Mt. Fuji which 12,388 ft tall - Japan has also been divided into 8 regions, Hokkaido, Tohoku, Kanto, Chubu, Kinki/Kinsai , Chugoku, Shikoku, Kyushu. - Japan is made up of about 4,000 islands, the largest being Honshu, Hokaido, Kyushu, and Shikoku - The Sea of Japan separates Asia from the japanese archipelago - More than 50% of Japans land is mountainous and covered in forests. - The major mountain range in Japan is called the Japanese Alps, and it runs down the largest island, Honshu add logo here 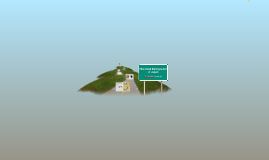 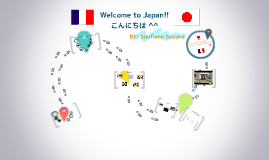 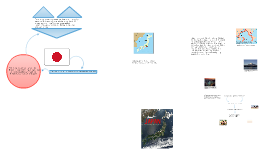 Transcript: The red circle in the middle represents the sun. The flag is offically called Nisshōki (sun-marking flag), but it is morecommonly known as Hinomaru (Circle of the sun) This flag is mainly used as the civil flag (A version of the flag and state flag that is flown by civilians on non-government installations or craft.), state flag, and national flag. Japan is a country of islands (6,852 to be exact.) Japan is one of the most densely populated countries in the world and about 73 percent of Japan is forested, mountainous, and unsuitable for agricultural, industrial, or residential use. As a result, the habitable zones, mainly located in coastal areas, have extremely high population densities. Japan's government is a Constitutional Monarchy, with the National Diet, which is a branch of parliament (there other branch being the Cabinet, the Diet consists of a House of Representitives and a House of Councillors. They do have an emperor, but the emperor has very limited power. The emperor is known more as "the symbol of the state and the unity of the people. " In other words he is more of a symbolic figure than a ruling figure. Power is mainly held by the Prime Minister of Japan. Some personal points of interest... Japan is currently bidding to host the 2020 Summer Olympics. The Imperial Family and the Imperial Palace is located in Tokyo. Which is Japan's "royal" family that dates back many years. The population of Tokyo goes like this: Juveniles (age 0-14) 1.461 million (11.8%) Working (age 15-64) 8.546 million (69.3%) Retired (age 65+) 2.332 million (18.9%) The three main religions of Japan are Shinto, Buddhism, Christian. Some major cities include Tokyo, Osaka, and Hiroshima. 1 Japanese yen = 0.0130 US dollars By: Mariah Hashey and Colby Smart Japan has a total of 108 active volcanoes. JAPAN This is Tokyo, which is the current capital of Japan, It has a population of roughly 12.8 million people, this is about 10% of Japan's total population. Tokyo is Japan's largest city. It is also where many important things are such as, their government buildings and the Imperial Family. The islands of Japan are located in a volcanic zone on the Pacific Ring of Fire This is Osaka, formerly known as Naniwa, it used to be the capital of Japan, it was also the first capital of Japan, Osaka has a population of 2.5 million people and it's the third largest city and second most important in Japan. Mt. Fuji is the highest mountain in Japan at 12,389 Ft. Mt. Fuji is an active volcano, but it hasn't erupted since 1707. It is about 62 miles from Japan's most populated city, Tokyo. It can be seen on a clear day from Tokyo.