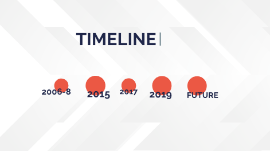 Transcript: Megan Watt Digital Educational Autobiography Kindergarten -local public school in Washington -started off with just going one-on-one with one of the teacher’s helpers first grade -I was tested for resource room/learning disability something. labeled me as a visual learner -setup a document that followed me to each school I went to specifically stating what I needed to be successful in the classroom Kindergarten-Second Grade 2006-7 2007-8 Second and Third Grade I was in second and third grade during these years. I attended the resource room everyday for every subject. First and second grade I looped with the same pair of two part time teachers in my homeroom; I liked that because it was nice familiarity. Third grade was a new experience, my class began learning harder math skills, and standardized testing began. It was my first classroom environment that was not in groups, the classroom was in rows with no play or reading nooks whatsoever. Tutored Summers Each summer, my mom had me tutored by my reading specialist at school, Ms. Warner. Influence She has always stuck out to me as important figure in my educational career, and is the reason why I want to be a reading specialist. She had extreme patience and empathy and worked with me for years. Ms. Warner 2009 Fourth Grade In fourth grade, I began my two year career at the local Catholic school. It was a smaller school, there was no resource room for me to attend, I learned with the rest of the class for the entire day. I really did not like this school, it was kind of a difficult transition learning, rules, and friendship wise. Somehow, due to when my new school ended and when my old school ended, I was still able to attend the resource room at my old public school. My teachers in the resource room, including Ms. Warner, would help me with my homework from school that day and just continue to work on reading with me. Resource Room 2010 Sixth Grade I moved to Wisconsin. My parents once again put me into the local private school. The classroom size at this school was the smallest I had ever been in, so it was a good situation for a large life transition for me. This is the classroom where I started to understand the importance of filling out an agenda on a daily basis, and going home and doing my homework for the next day, otherwise I would get in trouble. I was the most behind in the class and had a lot to learn. Learning the importance of turning in work also taught me the importance of grades. I remember the first time feeling shame because I did bad on an assignment. I remember the girl grading my assignment handing it back to me with a look of sympathy on her face; that entire school year I did my best to get above C’s on my work, but never succeeding. What I learned Middle School, High School, UWL I attended the local Catholic middle school, it was a rough start, but I quickly made friends. By the time eighth grade ended, I was a very sufficient student who was ready for high school. High school started off rough, but by the time it ended, I was more than prepared for college. 2011-Present Mr. Johnson was the teacher in the resource room and he conducted the before and after school study, as well. He was always available to answer question for almost every student in the middle school. He monitored me while I would test outside of the room, when my test anxiety would be too overwhelming. He really just wanted everyone to succeed, and gave the best riddles. When I began to tutor one of his student’s, I had to go and talk to him my junior year of high school. Talking to him again made me realize what an awesome teacher he was. He was all of the kid’s greatest advocates and loved helping them out. I truly aim to be as playful, strict, kind-hearted, and intelligent as Mr.Johnson Mr. Johnson Senior year I decided to take the easier math class, since I knew I was going to be a teacher and did not need to take an extremely hard math. Mr. Lorenz, probably did not weigh more than 130 pounds, and was 5’2”and was one of the worst teachers I have ever had. Not only did he have anger issues and it was rumored that he was fired from his last job for throwing a chair at a student, but he also just was really bad at teaching math. Considering this math course was the easier one to take, not all of the kids in the class had a full understanding for math fundamentals and when kids would ask for clarification, he would get very frustrated. Mr. Lorenz would constantly make mistakes as he was teaching, which would confuse us a lot, and it was very apparent that as he was teaching the notes, it was the first time he was looking at them. He would yell at us and be disrespectful to the students, even though seniors in high school are not little kids anymore, and deserve a little more respect. He also gave out detentions for the most idiotic reasons. I only received one detention in high school, which was from this teacher. About half of the class were eating glazer donuts, and 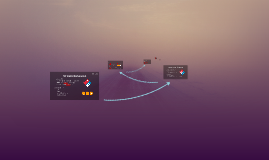