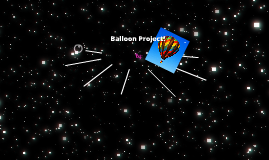 Transcript: By: How a Balloon Flys! Balloon Project! A balloon fly's when hot air is released inside of it! 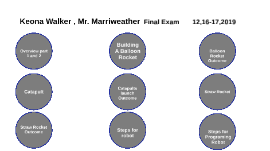 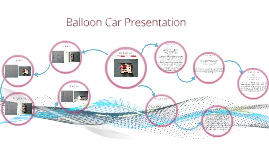 Transcript: We are disappointed with our car's performance. We thought that if we made some minor changes it would move better, but it did not. Overall, the car went 173 centimeters after the fourth try. We made some changes to the car, but unfortunately, since it was after so many attempts, e ended up with a final score of 61. Top View If the car had accelerated forward, it would eventually slow down to a stop due to the forces acting on it. The outside force acting on it is equal to the force pushing from the ground and in front of it. this causes it to decelerate to a stop. "An object at rest will remain at rest unless acted on by an unbalanced force. An object in motion continues in motion with the same speed and in the same direction unless acted upon by an unbalanced force. " Balloon Car Newton's Second Law Caroline Lussier & Sabrina Siciliano The balloon car was supposed to exhibit the law of inertia because it was supposed to be an object in motion. It's contact with the ground was supposed to create friction which would have been the greatest outside force on the car. Other forces on the car were air resistance and gravity. Initially, the balloon was giving the car power but the axles and wheels failed to move with the energy of the balloon. Balloon Car Presentation The balloon was supposed to demonstrates this by applying force to the car to move it forward. By doing this, the force was supposed to increase, making the car accelerate. In our case, this did not happen. Side View Front View "For every action there is an equal and opposite re-action." Overall Performance Back View Design Problems Our group was unfortunately faced with many design issues. One of these issues was that it didn't really move at all. The wheels specifically did not function as they were supposed to. Instead of the car moving when we blew air into the balloon, it would either skid or it would just not move at all. I believe that if the wheels had been functioning then there wouldn't have been nearly as many problems with it. The problem with the axles is that it when the coffee stirrer inside the straw would go to turn, the coffee stirrer would get stuck inside of the straw and refused to rotate. This is mostly due to the fact that the coffee stirrer wasn't completely round, it was more of the shape of a Popsicle stick. Also, at some times, the balloon would refuse to cooperate and would remove itself from the car after being inflated. Mostly, this car was just poorly built and if redone completely making these changes, the car would have most likely been more successful at completing the task it was built to do. "Acceleration is produced when a force acts on a mass. The greater the mass (of the object being accelerated) the greater the amount of force needed (to accelerate the object)." Newton's First Law Newton's Third Law