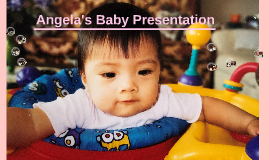 Transcript: Where were you born? - 7.3 pounds How old were your parents when they had you and why did they have you How old were you when you said your first word How much did you weigh when you were born - Quiet, shy, rarely talked - Mom said everyone used to tell her how cute I was - Dad was 29 years old - Entire labour took 15 hours What were you like as an infant? - Sherwayne - Miaprell - Anne Thereze -Thereze Anne - Alisha - Shirley - They wanted to start a family - Born in Trillium Mississauga Hospital What was the most surprising information about yourself that you learned Angela's Baby Presentation _______________________________ - 5 months old - Lived in Etobicoke for my first few years - Was very hard - Lips were always really red What was the labour experience like? - Birth date is February 26th - Born early - Mom was 26 years old - Due date was March 8th - First word was "mama" Were you born early/on time/late - No epidural I was almost named: 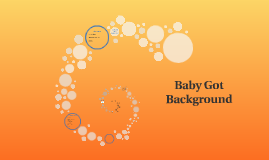 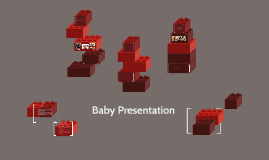 Transcript: 5- I had a problem with my video and it would not paly once i put it on because my computer blocked youtube and it wont let me watch the videos. Mom- dad died when she was 14 near her b-day and now dont like to celebrate it very much. Dad- Always had parents taking sides with younger sister. When my parents argue they sometimes bring me and my brother in to it asking for us to take sides with one of them. Nucular family- a couple and their dependent children, regarded as a basic social unit. Cites Mom- be happy without having kids you have a long life ahead of you. Dad- if you get pregnant i will kill him then you. Additional facts. https://www.google.com/webhp?sourceid=chrome-instant&ion=1&espv=2&ie=UTF-8&safe=active&ssui=on#safe=active&q=nuclear+family parents argue about money, envolve kids in to the argument. Mom- Dad died when she was 14 a she had a better bond with her dad then she did with her mom so it was hard for her. Dad- sister was always blaming stuff on him and he got in to trouble because of it. 3- 6- Parents get into arguments. Interview Cons. parents stay together, Might have more money than in a single family. Mom- saved her dad. Dad- not call him mom a bad name. Pros My videos! Mom- single/nucular family. Dad- Nucular family. Baby Presentation I dont what to have a baby until I am out of colege. https://www.google.com/search?q=nuclear+family+arguing&espv=2&biw=1366&bih=643&source=lnms&tbm=isch&sa=x&ved=0cayq_auoawovchmiy9wspddsyaivs9iech1hrwuc&surl=1&safe=active&ssui=on My pictures! Examples. 4- 7- 1- 2- Difficult reasons. My topic is on nucular families. Mom- nucular family Dad- nucular family 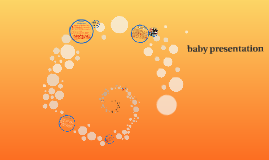 Transcript: grocery shopping at walmart look at Isa taking pics with auntie i was most attached to my grandmother because she was always with me while i was growing up. imprinting is an attachment due to behaviors and attractions by other organisms. it does support my attachment because my grandma was always generous with me. i never made an attachment to anything while growing up. contact comfort is an innate attachment or pleasure given by a physical object. this does not apply to me because i would never have that once special thing that i would take around with me. having to social attachments can lead to social issues and being an introvert. although this is for some cases it does not apply to myself. the attachment level of a child will be the effect of the parenting styles if a parent builds special bonds and is always their child, the child will have different attachment levels then if the parent is not around as often. carrying a baby was difficult, it had different effects on my life in the two weeks that i had her. even though she could be a pain it will take some time to get use to not bringing my baby to school and to outside activities with me everyday. 1. How long was your mom in labor? 11 hours from 7 in the morning to 6 in the afternoon (when born they called me a happy hour baby because i was born on a friday at exactly 6:15) 2. What was your birth weight and length?i weighed 5 pounds and was 18inches 3. How many months old were you when you learned to sit up? 8 month 4. How old were you when you began to walk? 1 year 5. When were you officially potty trained?i was potty trained at a year and a half old i met up with all my levels in the 95% levels puberty is the development at which a person reaches sexual maturity. puberty ranges depending on gender, males usually go through puberty later then females. EImy and jocelyn were bestfriends. EImy was an early bloomer and jocelyn was a late blommer. because eimy was an early blommer she matured way before jocelyn did. jocelyn had still not matured yet. jocelyn was made fun of by other people because of her late blomming. but Eimy was judged more because of her early blooming. both of them went through psycological problems, but because eimy is an early blommer she might continue her psychological problems later on as an adult. Where am i regarding James Marcia’s theory of development? At this stage of my life i think i am in Identity Moratorium. the stage in which I am currently in a crisis but have not made a commitment to what i would like to be. i am currently exploring and keeping my decisions open to various options that i have. i do not really know my true self yet, or the person i will be. i am in the highschool stage where i can become anything if i really put my mind to it. Ms.Fernandez, Having to categorize my wonderful AP psychology teacher in the James Marcia theory i would categorize her under identity foreclosure. In class she was explaining her passion to become a teacher ever since she was a young student in school. She already had her mind set out to what she wanted to become as an adult. later on with adulthood she persuited her passion and went on to becoming a teacher. Also as an adult many people already transfer from the other categories to identity foreclosure because decisions at that point must be made, and a person should by that time have found themselves. language development more general facts playdate with friends isabel aubrey sixth grade in the temperament theory and the categories of Thomas and chess i would categorize myself as activity level high. Even though i was told i was model child never cried or tantrum i always was roaming around up to this day i still roam. i wanted to go out and explore the world. being an only child i am very independent. i started becoming athletic at a very young age. dancing before i can walk and being a little tornado my mom said.In my toddler stage i would always enjoy visiting new places and meeting new people. i was always an easy baby to put to sleep but once i woke up at 6 am i was up and everyone in the house knew. when i started school i wanted to try different things and that's when i though i could take on the world with cheerleading piano and dance. always a busy child, but i loved the rush of always having something to do. years progressed and i became more secure on my true hobby's and stuck to only dance. i danced everywhere i went. in middle school my journey just advanced being open to change i went to four different middle schools all within dade county see different cultures. it was eye opening and thats when i experienced my coming of age. i got to see the real world for my self no more mommy to bale me out of trouble, well not as easy as it was before anyways. i got to see good people and bad people lost my innocence when i became familiar with society. being the soc ail butterfly i am i made friends everywhere i went and still up to this day keep intouch with many of 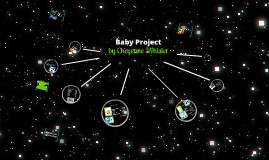