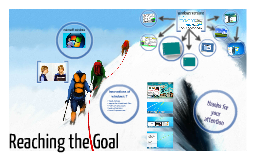 Transcript: Windows 7 is available in six different editions, but only the Home Premium, Professional, and Ultimate editions are available for retail sale to consumers in most countries. The other editions are aimed at other markets, such as the developing world or enterprise use. Each edition of Windows 7 includes all of the capabilities and features of the edition below it. All editions support the 32-bit (IA-32) processor architecture and all editions except Starter and Home Basic support the 64-bit (x86-64) processor architecture. The installation media is the same for all the consumer editions of Windows 7 that have the same processor architecture, with the license determing the features that are activated, and license upgrades permitting the subsequent unlocking of features without re-installation of the operating system. This is the first time Microsoft distributes 2 DVDs (1 DVD for IA-32 processor architecture, the other DVD for x86-64 processor architecture) for each edition of Windows 7 (Except for Starter and Home Basic). Users who wish to upgrade to an edition of Windows 7 with more features can then use Windows Anytime Upgrade to purchase the upgrade, and unlock the features of those editions. Some copies of Windows 7 have restrictions, in which it must be distributed (If not, sold or bought) and activated in the geographical region (One of the geographical regions can be either: Southeast Asia; India; or Latin America and the Caribbean) specified in its front cover box. Windows 7 includes a number of new features, such as advances in touch and handwriting recognition, support for virtual hard disks, improved performance on multi-core processors, improved boot performance, DirectAccess, and kernel improvements. Windows 7 adds support for systems using multiple heterogeneous graphics cards from different vendors, a new version of Windows Media Center, a Gadget for Windows Media Center, improved media features, the XPS Essentials Pack and Windows PowerShell being included, and a redesigned Calculator with multiline capabilities including Programmer and Statistics modes along with unit conversion. Many new items have been added to the Control Panel, including ClearType Text Tuner, Display Color Calibration Wizard, Gadgets, Recovery, Troubleshooting, Workspaces Center, Location and Other Sensors, Credential Manager, Biometric Devices, System Icons, and Display. Windows Security Center has been renamed to Windows Action Center, which encompasses both security and maintenance of the computer. The default setting for User Account Control in Windows 7 has been criticized for allowing untrusted software to be launched with elevated privileges by exploiting a trusted application. Microsoft's Windows kernel engineer Mark Russinovich acknowledged the problem, but noted that there are other vulnerabilities that do not rely on the new setting. WINDOWS 7 windows 7 interface Windows 7 is the latest public release version of Microsoft Windows, a series of operating systems produced by Microsoft for use on personal computers, including home and business desktops, laptops, netbooks, tablet PCs, and media center PCs. Windows 7 was released to manufacturing on July 22, 2009, and reached general retail availability on October 22, 2009, less than three years after the release of its predecessor, Windows Vista. In July 2009, in only eight hours, pre-orders of Windows 7 at Amazon.co.uk surpassed the demand Windows Vista had in its first 17 weeks. It became the highest-grossing pre-order in Amazon's history, surpassing sales of the previous record holder, the seventh Harry Potter book. After 36 hours, 64-bit versions of Windows 7 Professional and Ultimate editions sold out in Japan. Two weeks after its release, it was announced that its market share had surpassed that of Snow Leopard, released two months previously as the most recent update to Apple's Mac OS X operating system. According to Net Applications, Windows 7 reached a 4% market share in less than three weeks. In comparison, it took Windows Vista seven months to reach the same mark 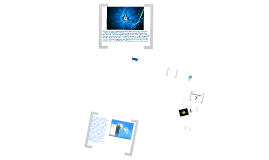 Transcript: EREKEEV Physical memory limits for Windows 7 Version Limit in 32-bit Windows Limit in 64-bit Windows Windows 7 Ultimate 4 GB 192 GB Windows 7 Enterprise Windows 7 Professional Windows 7 Home Premium 16 GB Windows 7 Home Basic 8 GB Windows 7 Starter 2 GB N/A Physical memory limits Maximum limits on physical memory (RAM) that Windows 7 can address vary depending on both the Windows version and between 32-bit and 64-bit versions. The following table specifies the maximum physical memory limits supported: Goals Bill Gates, in an interview with Newsweek, suggested that this version of Windows would be more "user-centric". Gates later said that Windows 7 would also focus on performance improvements. Steven Sinofsky later expanded on this point, explaining in the Engineering Windows 7 blog that the company was using a variety of new tracing tools to measure the performance of many areas of the operating system on an ongoing basis, to help locate inefficient code paths and to help prevent performance regressions. Senior Vice President Bill Veghte stated that Windows Vista users migrating to Windows 7 would not find the kind of device compatibility issues they encountered migrating from Windows XP. Speaking about Windows 7 on October 16, 2008, Microsoft CEO Steve Ballmer confirmed compatibility between Windows Vista and Windows 7, indicating that Windows 7 would be a refined version of Windows Vista. BATYRKHAN END Releases Initial release July 22, 2009; 3 years ago (2009-07-22) [info] Stable release 6.1 (Build 7601: Service Pack 1) (February 22, 2011; 21 months ago (2011-02-22)) [info] Source model Closed source / Shared source License Proprietary commercial software Kernel type Hybrid Update method Windows Update Platform support IA-32 and x86-64 Preceded by Windows Vista Succeeded by Windows 8 WINDOWS 7 Windows 7 is an operating system produced by Microsoft for use on personal computers, including home and business desktops, laptops, netbooks, tablet PCs, and media center PCs; Windows 7 was released to manufacturing on July 22, 2009, and reached general retail availability worldwide on October 22, 2009, less than three years after the release of its predecessor, Windows Vista. Windows 7's server counterpart, Windows Server 2008 R2, was released at the same time. Windows 7 is succeeded by Windows 8, which was released on October 26, 2012. THE BY Processor limits The maximum total number of logical processors[121] in a PC that Windows 7 supports is: 32[122] for 32-bit, 256[123] for 64-bit. The maximum number of physical processors in a PC that Windows 7 supports is: 2 for Professional, Enterprise, and Ultimate, and 1 for Starter, Home Basic, and Home Premium.[124] Certain capabilities and programs that were a part of Windows Vista are no longer present or have been changed, resulting in the removal of certain functionalities. These include the classic Start Menu user interface, some taskbar features, Windows Explorer features, Windows Media Player features, Windows Ultimate Extras and InkBall. Four applications bundled with Windows Vista – Windows Photo Gallery, Windows Movie Maker, Windows Calendar and Windows Mail – are not included with Windows 7, but applications with close functionality are instead available for free in a separate package called Windows Live Essentials which can be downloaded on the Microsoft website. 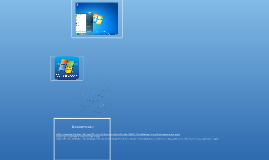 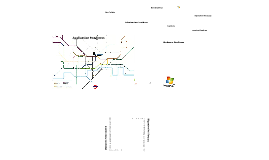 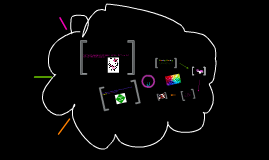 Transcript: Testing...Testing We see them at work, at home and in play , the colors that brighten and darken our days And I could keep going and rambling until you snore...but I'm too tired and I shall NOT say anything more There are many colors like red , white and blue , they are important to our country and pretty too... But that's not all..no there are quite a few more... Like earth tones, and highlights and those dull metalics that bore 1 2 3...lets talk about the Meaning of Colors and how important they are for you and me ! Follow Me We can do it Just Beacuse a world with out color would be just plain boring wouldn't you agree? 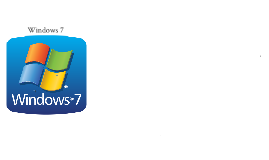