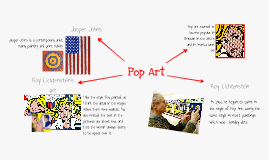 Transcript: Pop art started to become popular in Brittain in the 1950's and in America later on. Roy Lichtenstein In 1961 he began to paint in the style of Pop Art, using the same style in most paintings which was benday dots. Roy Lichtenstein's art I like the style Roy painted, as I think the detail in the images makes them more realistic. I've also noticed the text in the pictures are about love, and that the woman always seems to be upset over it. Jasper Johns Jasper Johns is a contemporary arist, mainly painting and print making Pop Art 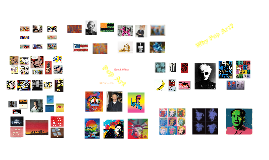 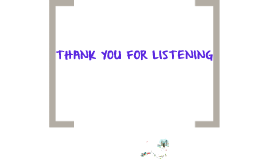 Transcript: by Charlie White In 1940, Lichtenstein began taking painting classes, and later that year, he went to Ohio State University, where he studied drawing and design. He created sculptures as well as portraits and still life works influenced by artists such as Picasso and Georges Braque. Some more famous pieces of Pop art are Andy Warhol’s “Campbell’s Soup Cans”, “Shot Marilyns” and Roy Lichtenstein’s “Drowning girl”. But there are also some more unusual pieces of Pop Art such as Robert Rauschenberg’s “White Paintings” which are just canvases with white paint on them. Shot Marilyns Lichtenstein was often accused with copying his own pictures from other cartoons, however these statements were usually just casual remarks made by the public. THANK YOU FOR LISTENING Roy Lichtenstein was without doubt one of the most inspirational artists of the modern era, not just to other artists but to the public too, simply because of his unique style and his ability to create amazing storylines through his work. He was born and raised in Manhattan, New York and lived most of his life there. At one stage he lived in Cleveland but he returned to his hometown not long after. Lichtenstein was also one of the first artists to use the technique of Ben-Day dots. This is especially useful in prints because it could be created in an orderly way and it creates a sense of depth. This use of Ben-Day dots was one of the things that separated Lichtenstein from other Pop artists at the time. In the '60s POP ART PRESENTATION White Canvases There are many different themes used within pop art, but they are often very similar. In most of Andy Warhol’s pieces, the main subjects are everyday objects and people, usually celebrities of that time, and similarly in those of many Roy Lichtenstein pieces. Pop art is defined by “art based on modern popular culture and the mass media, especially as a critical or ironic comment on traditional fine art values” which in more simple terms is anything to do with modern objects, people or ideas. design by Dóri Sirály for Prezi HOWEVER... In 1943, Lichtenstein was called up to the army, and it wasn't until 1946 that he was finally discharged. He instantly returned to his love of art and was able to finish his "Bachelor's degree in fine art". Roy Lichtenstein What is POP ART??? Campbell's Soup Roy Lichtenstein was one of the most influential and famous Pop artists of the 20th Century. He was born on 27th October 1923, and died on 29th September 1997, at the age of 73. His Legacy As a child, Lichtenstein spent time listening to science fiction radio programs, visiting the American Museum of Natural History, building model airplanes, and drawing. As a teenager he took watercolor classes in order to continue with his love of art. 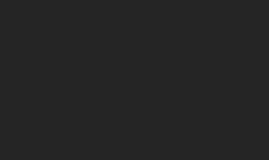 Transcript: Movies Comic Books Noun Andy Who is Pop Art? Celebrities Artists used the items in several different ways to create "Pop" Art: Pop Art In My Own Words... art based on modern popular culture and the mass media, especially as a critical or ironic comment on traditional fine art values. Warhol Claes Oldenburg Andy Warhol What Makes Art "Pop"? "I like boring things" Pop Art also existed in Britain in the early 1950's. BRIGHT COLORS Oldenburg Claes Flags Pop Art is a post-war movement. Alphabet Pop Art didn't stop with everyday objects, but it also included: By combining all of these items together into one big picture Numbers Pop Art is... A Pop Art gallery is in New York. "Art is what you can get away with" Roy Some of the works of the artists resembled their view of the war. By repeating the item over and over again Pop Art began in the mid 1950's, but took off in the 1960's. Sculptures "For a thorough use of ice cream cones, buy two; eat one and drop the other." Pop Artists mostly were from New York. Pop Art Pop Art Quotes By changing the color and texture of the item who is Pop Art? FLAT IMAGERY Soft lichtenstein What is Pop Art? Pop Art Making everyday objects iconic Veronica Robinson RECOGNIZABLE MEDIA 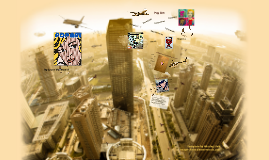 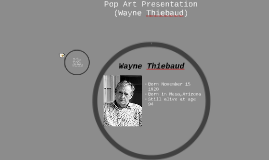 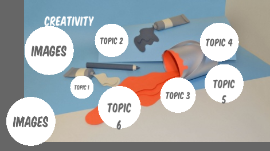 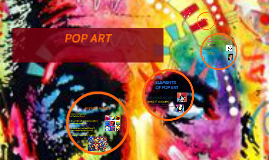 Transcript: KEY ELEMENTS OF POP ART CONTINUED... POP ART In total pop art is a great art form for all ages and all different mindsets. It is a fun way express your likes and is a super form of art for good and bad drawers DOTS Adds a sense of reality and sensibility .Great style for portrait pop art . BRIGHT COLORS Give your art an optical sensation ,with these little circles . These dots are much better than coloring the whole piece of art you have created BOLD LINES: pop art origins Bright colors are wonderful for adding attractiveness to your pop art KEY ELEMENTS OF POP ART B&W Bold lines are a very useful element for pop art because it gives a very bold and pop effect who was Roy lichenstein CONCLUSION . pop art originated in the late 1950's .it is art based on popular culture and mass media .it was a very competitive art form compared to abstract .simple is a great way to put it!