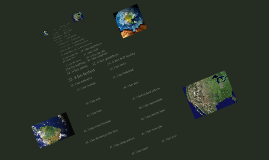 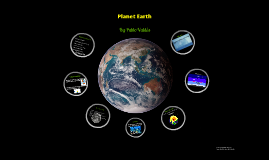 Transcript: Hydrosphere Geosphere Atmosphere Rotation: it rotates on a slighty tilted axis, it originates the day and the night The average tempearture is 15 ºC A lunar month is the period of time between two new moons. It has a water cycle Has a natural satelite called the Moon Felix Exists LIFE The hydrosphere is all the water on, under and above the Earth It has a magnetc field photo credit Nasa / Goddard Space Flight Center / Reto Stöckli The Moon is the natural satelite of the Earth. Revolution: it takes about 27 days and 8 hours to revolve. Planet Earth Moon movements the biosphere is all the living things which inhabit the Earth The biosphere It has an atmosphere Why is the Earth Special Spheres of the Earth It has geological activity Revolution: the Earth revolves around the Sun in a elipse, it originates years The Earth is made up of four interrelated spheres Rotation: it takes 29.5 days to rotate. The Earth´s movements By Pablo Valdés 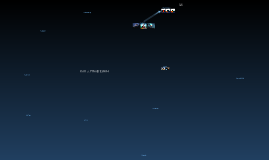 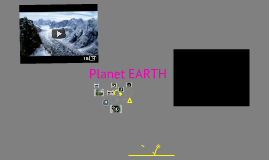 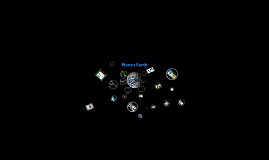 Transcript: Hydrosphere crust Volcano Lustre How we can save water? A volcano forms when hot magma rises to the Earth´s surface. Some things that we can do.... Minerals The core is the inner layer of the geosphere it´s mostly made of iron.Temperature in the core is even hier than in the mantle. The crust is the outer layer of the geosphere .It´s made of rock and it include the Earth´s continents,islands and oceans floors Liquid state: Solid state: Gaseous state: The Earth is often called "THE BLUE PLANET" because about 75 % of its surface is covered by water. Rocks Rocks consists of one or more minerals.We can classify rocks by the origin. They can be : Water also exists in a gaseous state ,as water vapour in the Earth´s atmostsphere. photo credit Nasa / Goddard Space Flight Center / Reto Stöckli mantle Water exists in a solid state, as snow and ice ,especially in Greenland and Antarctica. The stratosphere is the layer above the troposphere. The top of the stratosphere is 50km above the Earth surface.The stratosphere includes the ozone layer which protects life on our planet from the sun´s ultraviolet radiation. Planet Earth core The atmostphere. Hardness The Earth Globes and maps Minerals and rocks. Parallels The troposphere is the layer of the air that is closest to the Earth surface .It´s 12 km thick. In the troposphere,we can observe meteorological conditions like clouds,wind and rain. The geosphere Colour Water exists in a liquid state,in our oceans seas lakes and rivers .There is also lots of liquid water under the Earth´s surface. Inma del Peso Navarro ·Crust: · Mantle: · Core: Latitude: Is the distance in degrees from the Equator. Meridians and parallels Meridians The ionosphere is located above the stratosphere .The top of the ionosphere is about 400km high.This layer reflects radio waves so they can escape from the Earth´s atmosphere.there isn´t a lot of air in the ionosphere. Troposphere: Stratosphere: Ionosphere: The Earth The mantle is a layer of roock under the crust.The mantle can be very hot so some of the rock is in aliquid form called magma. Longitude: is the distance in degrees from the Prime Meridian BY: Hy little alien I hear that you going to come to planet Earth so I´m going to tell you about Planet Earth : ·The layers of the Earth. ·Minerals and rocks. ·Energy inside the Earth. ·Water on Earth. ·Globes and maps. Latitude and longitude We can clasify them by varius properties: Minerals are solid bodies that form rocks. Water on Earth Geografic cordinates · Atmosphere · Geosphere · Hydrosphere Energy inside the Earth 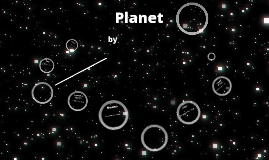 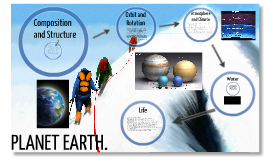 Transcript: PLANET EARTH. Composition and Structure Orbit and Rotation The moon rotates around the earth about every 28 days. The moon also has a 5 degree tilt, without it we would see an eclipse every two weeks Atmosphere and Climate Earths Atmosphere is made up of 78% nitrogen, 21% oxygen, and about 1% of other gaseous molecules The atmosphere is constantly thinning into outerspace Average temperature on earth is 14* C The surface pressure is 101.325 kPa Heat from the sun drives the weather and climate of earth, heat redistribution Ocean currents also are strong factors in creating earths various climates Earth has five basic climate zones: Humid Tropics, Arid, Humid Middle Latitudes, Continental and Cold Polar Ozone Layer- Protects life on earth from UV rays from space, without this there might be no life on earth Levels of the Atmosphere: Troposphere, Stratosphere, Mesosphere, and Thermosphere Magnetic Field- Originates from Earths northern and souther poles, it is created by the outer core where the heat of conducting materials generates electric currents The magnetic field protects Earth from solar radiation and winds that would otherwise kill all life on Earth Whenever charged particles or plasma enters the atmosphere at the magnetic poles it creates an aurora Earth's atmosphere plays a vital role in its ability to sustain life, withouth this there would be no life on Earth Water Life Earth is the only known planet with life Life on earth is divided into two parts: Non-Cellular Life and Cellular Life Cellular Life: Bacteria, Archaea, Eukarya- Protista, Fungi, Plantae, and Animalia Non-Cellular Life: Viruses Life on Earth is believed by some to have originated from chemical reactions that synthesized some amino acids and other organic compounds from inorganic precursors Earth surface temperature and atmosphere presented an idle environment for life to form There is no on defition for life so it is determined based on certain characteristics Homeostasis, Organization, Metabolism, Growth, Response to Stimuli, Reproduction Necessary components for life: Energy, Water, Temperature, Atmosphere, Gravity, Nutrients, and UV solar radition protection Necessary Chemicals: Carbon, Hydrogen, Oxygen, Nitrogen, Phosphorous, and Sulfur Theories as to why life exists: Materialism, Hylomorphism, and Vitalism Earth orbits the Sun at a distance of 150 million kilometers every 365.2564 solar days. The earth is on a 23 degree tilt making it possible for us to have the 4 seasons. The cooling of the primordial Earth to the point where the outgassed volatile components were held in an atmosphere of sufficient pressure for the stabilization and retention of liquid water. Earth is the only planet that we know of with water on its surface The question of the origin of water on Earth, or the question of why there is clearly more water on the Earth than on the other planets of the Solar System, has not been clarified. There are several acknowledged theories as to how the world's oceans were formed over the past 4.6 billion years. The orbital speed of the Earth averages 29.8 km/s (107,000 km/h), which is fast enough to cover the planet's diameter in seven minutes Part of the young planet is theorized to have been disrupted by the impact which created the Moon that may have caused a certain area on the earth to melt. Earth is a oblate spheroid rock planet Largest of the 4 inner planets The most dense of all the inner planets The only planet that we know of that has plate tectonics The inside of Earth is divided into layers Layers of the Earth: Crust, Upper Mantle, Mantle, Outer Core, Core The center core is solid 70% of Earth's surface is covered by water 30% not covered by water consists of mountains, deserts, plains, and plateaus