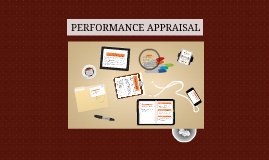 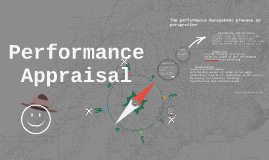 Transcript: Launching the process Performance Appraisal What is Performance Appraisal Evaluation Collection Methods Provide feedback to employees Counseling and developing employees Conveying and discussing compensation, job status and disciplinary decisions Coaching Function of PA Performance management systems are considered to be running when the following conditions are met: A vision of objectives is communicated to employees Departmental and individual performance targets are set within objectives A formal review of progress towards targets is conducted The whole process is evaluated to improve effectiveness Source : Schultz (2004, 475) Features of PA The performance management process in perspective Systematic and periodic process (long-cycle appraisals and short-cycle) Assess individual employee’s job performance and productivity Related to certain pre-establish criteria and organizational objectives A method by which the job performance of an employee is evaluated It is part of career development It consists of regular reviews of employee performance within organization Source: Schultz (2004, 476) Objective production Personnel Judgemental Evaluation Alignment with the business strategy Alignment with departmental goals Determining employee goals to add value Defining parameters of an action plan Measuring performance Determining amount of value to be added Allocating results of evaluation to HR systems Reviewing new business strategy Departmental and employee goals Interim checking of progress Exploring causes of poor performance Counselling and mentoring 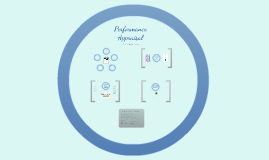 Transcript: “There is little evidence that shows learning alone explicitly links with organisational change. By building an entrepreneurial attitude which makes members central to decision making and action taking process there is significant achievement in organisation’s goals” (Harrison 2004) 8. Eight principles for a successful appraisal system •Strictness – occurs when an appraiser believes that no employee can ever be worthy of the highest rating since “no one is perfect” •Leniency error – when the supervisor believes that all employees put forward their best efforts, so they should all be worthy of higher rating How to minimise the risk of these errors Chris Kimberley Yvonne 7. The performance appraisal process is a good tool for HRD as it physically identifies and addresses performance gaps and applies techniques to overcome them. Diary keeping This involves documenting critical incidents regarding their employees performance throughout the assessment period. Rater error training Raters view examples of common rating errors and receive suggestions on how to avoid making these errors when partaking in an appraisal. Frame-of-reference training Involves observing examples of good and poor performance. •Recency effect – When a supervisor considers only the most recent performance rather than the performance over a year (of the length of time the appraisal covers) •Bias occurs when a supervisor has prejudices against certain employees based on gender, age, religion, ethnicity, race, weight, disability or some other non job-related aspect What techniques are used in a performance appraisal? Why are these a good tool for HRD? What preparation is necessary for a performance review? 4. Clark was given two days notice for the interview It lasted 20 minutes, and Clark was unable to share his input John jumps right to the observation stage Discussing and analysing job description, specification and performance indicators with employees Behaviourally Anchored Rating Scale offer greater insight and objectivity 1-2 weeks notice to prepare questions and observations Focus more on two way communication by using the problem solving technique Collect relevant data and don’t ignore performance indicators during the appraisal period Involve employees in the decision making process as it motivates them to be goal driven Preparation is key for a successful appraisal system Each member should come out feeling accomplished, heard and motivated 5. Clark was surprised with two satisfactory ratings as he had received excellent client satisfaction figures (performance indicators) which John had failed to collect and review Clark requested a rescheduled meeting to share his ideas and concerns Overview of Performance Management and Appraisal What is Performance appraisal? Why appraise performance? What is the goal of the performance review? •Halo effect – when an employee is seen by the supervisor as highly competent in one or more areas, and as a result, is rated highly in other areas •Horn effect – when an employee is seen as weak in one or more areas and is rated low in other areas based on that weakness 1. Recognition that there are two types of performance appraisal system – administrative and developmental 2. The use of a cascade process – upper managers are appraised first, then those managers appraise the operational managers who then appraise their supervisors who then appraise their operational staff 3. Establishing a standard for performance based on a current job analysis 4. Observing the events using appropriate observation methods 5. Using realistic comparisons between the observed data and the predetermined standard 6. Taking action through the use of appropriate feedback methods 7. Creating action plans 8. Recognising that the action plans must become the inputs for a developmental program Performance Appraisal Errors in Performance Appraisal 1. John is the manager of a small number of staff in an education facility He conducted a developmental performance appraisal with a long term experienced staff member, Clark References •Central tendency – when appraiser believes that all employees are average and fall somewhere in the middle of the rating scale •Contrast – when the appraiser rates one employee based on the work of other employees, rather than based on the performance standards for a particular position. 6. A performance appraisal is a review and discussion of an employee's performance of assigned duties and responsibilities, which identifies the strengths and weaknesses in staff’s knowledge (Kirkpatrick, Donald L, 2005). The goal of the review process is to recognise achievement, to evaluate job progress, and then to design training for the further development of skills and strengths. Conclusion/recommendations What errors can occur in performance appraisal? How can HR developers and managers ensure they run a successful appraisal? 3. Clark's performance rated mainly high or very high Two characteristics were rated as 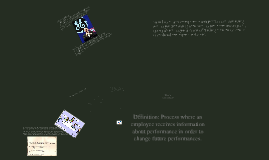 Transcript: Performance Appraisal A performance appraisal, employee appraisal, performance review, or (career) development discussion is a method by which the job performance of an employee is evaluated (generally in terms of quality, quantity, cost, and time) typically by the corresponding manager or supervisor. Perfomance Appraisal is only one method of Performance Management. Performance Management is the proces through which employers and managers gage employees' outputs and ensure they are on track with the goals of the organization's. Types of Appraisals The Comparative Approach The Comparative APproach is the process in which the performance evaluator compares one employee to the next. Employees are assessed by their performance and a ranking system is developed. Techniques of The Comparative Approach Ranking - simple ranking requires managers to rank employees within their departments from highest performer to poorest performer. Alternation ranking- consists of a manager looking as a list of employees, deciding who is the best, and crossing that name off the list. From the remaining names the employee decides who is the worst and crosses off that name and so on. Forced Distribution - also uses a ranking format, but employees are ranked in groups. Employees are placed into predetermined catagories based on percentages. Forched distribution was popularized by former General electirc CEO Jack Welch. He insisted that GE annually identify and remove the bottome 10% of the workforce. Paired Comparison-requires managers to compare every employee with every other employee in the work group, giving an employee a score of 1 every time he or she is considered the higher performer. Feedback The Attribute Approach The Quality APproach Definition: Process where an employee receives information about performance in order to change future performances. The Results Approach What's Appropriate? The Behavioral Approach 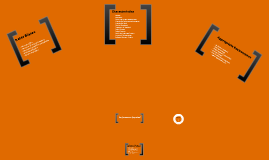 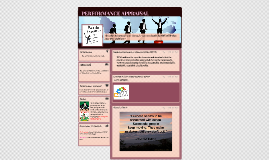 Transcript: Shared a Photo Appraisal the act/manner of doing a job is a method by which the job performance of an employee is documented and evaluated the act of judging the value, condition or importance of something "In order to succeed, your desire for success should be GREATER than your fear of failure." 1. PLANNING Photos like comment share Managing employee performance is an integral part of the work of the managers & rating officials. It is as important as managing FINANCIAL RESOURCES. like comment share Employee Performance Appraisal Plans (EPAP) Performance elements tell employees WHAT THEY HAVE TO DO and; Standards tell them HOW WELL they have to do it. EPAP outlines the specific elements and standards that the employee is expected to accomplish during the rating cycle. Performance elements should be measurable, understandable, verifiable, equitable & achievable. PERFORMANCE APPRAISAL like comment share Performance Appraisal Performance 5 ELEMENTS IN DEVELOPING "EPAP" Performance VS Standards 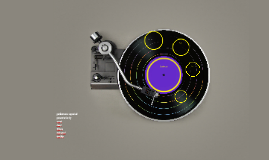 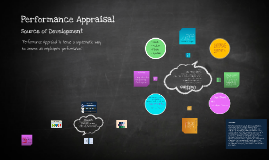