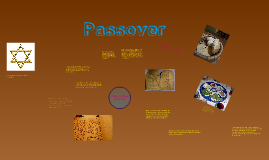 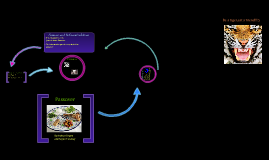 Transcript: Be a tiger,eat a friend!!!:) What is it? It commemorates the story of the Exodus The israelites escaped from slavery and off to freedom Why is it important? Pictures Passover lasts for seven days Hitler wouldn't let the jews celebrate Passover The holocaust began the very day before passover Passover It's a Jewish holiday/festival Passover and Holocaust relations By: Ashton Bryant and Taylor Townley Begins the 15th day of the month of Nissan It's the only day they prepare a certain meal 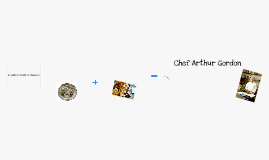 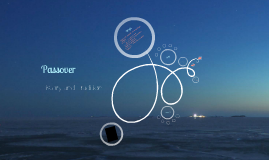 Transcript: Bitter herbs, symbolizing the bitterness and harshness of the slavery which the Hebrews endured in Egypt. Karpas Before the Seder, Jewish homes are spotlessly cleaned. They need to get rid of all the yeast. Bread and other leavened food (yeast, baking powder, grains etc) are discarded. Z'roa Bone Beitzah Egg 14. Opening the door for Elijah. 15. The fourth cup of wine. (cup of praise) 16.In closing, everyone recites "Next year in Jerusalem" and the singing of Shavuot. (Pentecost) Passover The Seder Plate A sweet brown mixture used to represent the mortar used by the Hebrew slaves to build storehouses for Pharaoh. Maror The roasted shank bone of a lamb reminds us of the tenth plague in Egypt, when all firstborn Egyptians were killed. The shank bone is sometimes called the Paschal lamb, with " paschal" meaning "He [God] skipped over" the houses of Israel. Origin Passover Leshana Habaah Next Year in Jerusalem! Lasted 7-8 days. References http://www.chabad.org/multimedia/media_cdo/aid/847044/jewish/Leshana-Habaah.htm http://judaism.about.com/od/holidays/a/sederplatesymbols.htm http://www.ivillage.com/passover-traditions-brief-history/6-a-144891 http://www.ehow.com/list_5955045_list-leavened-foods.html#page=0 11. Hiding and finding of the afikomen 12. Eating of the afikomen ("this is My body") 13. Cup of redemption ("this is My blood") 4. Eating of the greens (hazeret) 5. Breaking of unleavened bread 6. Cup of plagues 7. Washing of hands http://www.chabad.org/847044 Bitter Herbs dipped in salt water, to represent the tears of the Hebrew slaves Egypt. Moses demands Pharaoh to let his people go. 12 Plagues Exodus 11 - God warned Moses Ch. 12 - sacrifice of a spotless lamb - put blood on doorposts - Israelites were protected Exodus 12:17 - Where Unleavened Bread Originated 1. Lighting of the candles 2. Cup of blessing 3. Washing of hands Day before passover is fast of the firstborn. (Only for the firstborn males of the family) There is no work on the first 2 days of the passover. A hard boiled egg used to symbolize the meat offerings offered at the temple. Seder History and Tradition 8. Eating of the bitter herbs 9. Eating of the bitter herbs and charoset 10. Actual Supper Charoset 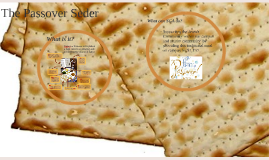 Transcript: Pesach or Passover in English is a feast eaten in a particular order celebrating the exodus of Egypt There's one thing missing: Salt water - which represent the tears of the Israelites, shed during their hard slave labor Matzah: The traditional unleavened bread eaten for the 8 days of passover. It is this way as in the hurry to leave Egypt the Israelites didn't have time to let their bread rise. What is it? During the seder we drink 4 glasses of wine. Wine is a symbol of freedom, so it is fitting that we drink it at this meal. This reasoning can be seen in many places but the one that is most traditional is known that each glass is 1) "I shall take you out..." (of Egypt) 2) "I shall rescue you..." (from Slavery) 3) "I shall redeem you..." (from evil) 4) "I shall bring you..." (to the land of freedom) However, in years past we drink grape juice, as it still constitutes the fruit of the vine without the legal issues that the university would have to deal with. This book contains the order of the service, it's called a Haggadah. It's only used once a year for the sole purpose of conducting this meal. It tells of the story of passover throughout. To make things more inclusive, the service is vastly conducted in English, we give everyone present a chance to participate by reading a paragraph or two going around the table. Supporting the Jewish Community within our campus and nearby community by providing this traditional meal on campus for $1,150 Shank Bone: Symbol of the offering given to make sure that the jewish houses were passed over by the 10th plague. What can SGA do? Karpas or Bitter Herbs: Karpas backwards in Hebrew means slavery, this is to remind us of our slavery and that we don't want to go back there, this is dipped in the salt water. Egg: The symbol of life what we are most grateful for at this season. Which is what this festival celebrates, and therefor this represents it. Charoset: Traditionally made of apples and nuts this paste is meant to represent the mortar that was used to build for the Egyptians during the slavery Marror or Horseradish: This represents the lesson of mercy we learned, when freed. This is something we must not forget and therefor are reminded yearly. The Passover Seder 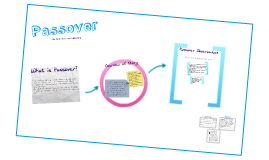 Transcript: After the Egyptians were held in slavery for many generations, God sent to the pharaoh, a message through Moses. He said "Send forth My people, so that they may serve Me." Yet, the pharaoh refused, so God hailed 10 horrific plagues on Egypt. The tenth was to kill everyone's firstborn. Yet God "passed over" the homes of the Israelites, saving their lives. A 15 step tradition for families to participate on Passover. They eat bitter herbs, to symbolize how bitter slavery was. Also, they eat Matzah, as well as drink 4 glasses of wine to celebrate freedom and recite the Haggadah, the story of the Exodus. On Passover, Jewish people are to eat Matzah, flat bread that has not been leavened on the two nights of the Seder. (cc) photo by Franco Folini on Flickr Seder During Passover, they cannot eat leavened bread or drink. Nothing with oats, rye, barley, wheat, is allowed in their house. In fact they have a burning ceremony of Chametz the night before. The middle four days are called chol hamoed, semi-festive "intermediate days", when most work is permitted. No Chametz Overview of Story Matzah Passover Observances The first two days and the last two days are full-fledge holidays. Holiday candles are lit at night, and kiddush and other holiday meals are enjoyed both nights and days. Don't work, drive, write and switch on or off electric devices. Permitted to cook and carry outdoors. (cc) photo by Metro Centric on Flickr Passover is divded into two parts: Passover is an eight-day festival celebrated in early spring from the 15th and 22nd of the Hebrew month Nissan. Celebrates the emmancipation of the Israelites from slavery in ancient Egypt. By folloring the rituals of Passover, one can have the ability to relive and experience the true freedom that the ancestors had. Passover By: Beth Shaw and Libby King What is Passover? 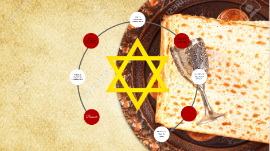 Transcript: By: Emily, Julian, Alize, Sean, Carlos Passover Passover WHEN IS PASSOVER CELEBRATED? WHEN IS PASSOVER CELEBRATED? Starts on the 15th day Nissan in the Hebrew calender lasts for 7 or 8 days usually in the month of April WHAT IS CELEBRATED IN PASSOVER? WHAT IS CELEBRATED IN PASSOVER? Celebration of a Spring of Birth and Rebirth Recognizes the journey from the freedom from slavery from the clutches of the Pharoh in ancient Egypt. Acknowledges the 10 devastating plagues that were meant to punish the Pharoh of Egypt Last two days remembers the crossing of the Red sea HOW IS PASSOVER CELEBRATED? Traditional Jews do not work on the first two or the last two days of the seven-day period Outside of Israel, Jews celebrate a second seder on the second night of Passover Begins with the 15 step Seder ritual observed on the first two night of the holiday. HOW IS PASSOVER CELEBRATED? SEDER RITUAL SEDER RITUAL A feast that includes reading, drinking wine, telling stories, eating special foods and singing held after nightfall on the first night of Passover and the second night if you live outside of Israel 4 cups of wine Veggies dipped in salt water Flat, dry cracker- like bread called matzah bitter herbs, often horseradish and ramaine lettuce, dipped in charoset ( a paste of nuts, apples, pears, and wine) a festive meal that may contain time honored favorites, like chicken suoup and gefilite fish DURING THE RITUAL YOU WILL HAVE: DURING THE RITUAL YOU WILL HAVE: Ceremonial foods that are aranged on a platter, called Ka'arah or seder plate A special book called a Haggadah WHAT IS NEEDED FOR THIS CEREMONY WHAT IS NEEDED FOR THIS CEREMONY 15 STEPS OF THE SEDER RITUAL 15 STEPS OF THE SEDER RITUAL Kadesh (sanctification of the day) Urchatz (handwashing with no blessing) Karpas (eating the green vegetable) Yachatz (breaking the matzah) Maggid (telling the story) Rachtzah (handwashing with a blessing) Motzi (blessing before eating matzah Matzah (eating the matzah) Maror (eating the bitter herb) Korech (Hillel’s sandwich) Shulchan Orech (eating the meal) Tzafun (eating the afikomen) Barech (blessing after eating) Hallel (songs of praise) Nirtzah (conclusion) EXODUS 12:1-14 SCRIPTUAL REFERENCE SCRIPTUAL REFERENCE THE PASSOVER STORY FOR SEDER THE PASSOVER STORY FOR SEDER 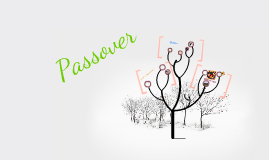 Transcript: The Destroying Angel Would break the hardened heart of Pharaoh "This was going to be the most heartbreaking plague of all". What is the passover? The passover was to celebrate the ongoing life of the nation. The Lord passed over those homes that were covered by the blood Unless.... This plague is the death of every first born. 1yr old lamb passover meal The final plague blood from the lamb was to be put on the door frames of the houses as a sign to the Lord. God gave the Israelites instructions for that first Passover meal. Passover sign of the lord The most significantly passover was the Last Supper.