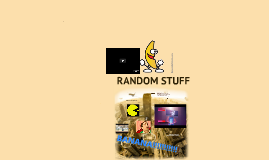 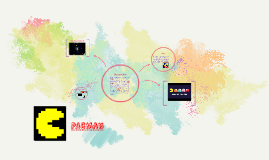 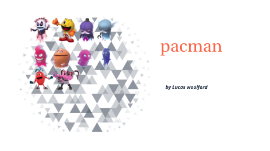 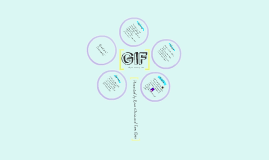 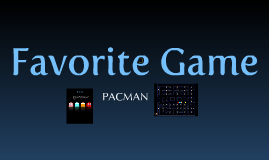 Transcript: Favorite Game PACMAN Pacman is about a pacman that eats dots. The point of the game is to not be killed by ghosts. And you can kill the ghosts by eating a big dot then eat the ghost. to win a round you must eat all dots. Pacman was relesed on May 22,1980. It Comes from a company in japan Namco. Favorite Character History What it's about I like Pacman the best because he is the best character of all the rest and he can eat ghosts. 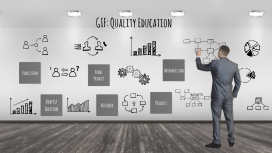 Transcript: GIF: Quality Education Introduction Introduction Goal My role in this project has been that of a designer. Throughout the unit, I have been a designer who has created a product to raise awareness on a certain topic. Goal My goal for this project was to create something to raise awareness on an SDG of our choice. The Sustainable Development Goal I have chosen is number four: Quality Education. Audience Our main audience for this project was the UN's social media team. Our design will be pitched to the group of experts working on the social media side of the Sustainable Development Goals. Audience Context The situation that inspired this design was a school project. We were instructed to carry out research on the 17 SDGs, and then create a product that would promote them. Context Product Product The product I have designed in order to spread awareness on the SDG is a GIF Research Research To begin with, we did research on the SDGs to have some general knowledge on the topic. Design Approach Design Approach Smart Research Smart Research Gif Research Gif Research Drafts/ Ideation Process Drafts/ Ideation At this point, I started drawing ideas of what my gif could look like. To do this, I made three seperate stoyboards 1 Concept 1 2 Concept 2 3 Concept 3 Chosen design The design I ended up choosing was a combination of the first and second storyboard Chosen design Design Final Product Final Product Process https://youtu.be/swASiF_rL0E https://youtu.be/dXe3Zn5A5PM Conclusion Conclusion 213 frames later, we have a finished product ready to be pitched to the UN's social media team. I am very proud of what i have made, and see this being something the UN may decide to use. Images Dowloadable at: https://www.globalgoals.org/resources Images