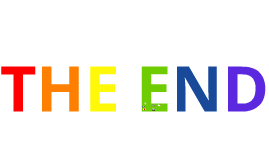 Transcript: Control rods are made of a material that absorbs neutrons. This slows and eventually stops the chain reaction. Some control rods are always left in to prevent a catastrophic chain reaction. Other control rods are ready to be inserted in case of emergency. Chernobyl was a nuclear reactor in the Ukraine. The explosion of the nuclear power plant happened on April 26th, 1986. The city of Pripyat and other cities were evacuated following the explosion. These cities today are uninhabitable because of the extreme amount of radiation. One reason that caused the explosion was untrained people working on the equipment. The day before the incident, the workers at Chernobyl were preforming an unauthorized experiment causing the system to overheat. The day of the explosion, the system was completely overheated and exploded. The people that were operating the system did not realize that what they were doing would cause the explosion. Another reason was the design of the equipment. The equipment that was being used did not meet the standards of the 1986 nuclear requirements. The system the day of the explosion was not able to hold in the nuclear products being used and therefore led to the explosion. If the system had met the standards, the system would have had the ability to cool down the reactor. A third factor leading to the meltdown was the failure to insert the control rods. For the experiment, workers had to shut down the computer that regulated the control rods. When the chain reaction began, the workers had to manually operate the computer to insert the rods, and they weren't quick enough, causing the reaction to spiral out of control. Effects of Radiation on the Human Body Radiation is generally measured in units of millirem (mrem), a very small measurement of radiation. To put it in perspective, a chest x-ray gives around a 10-20 mrem dose. The average human takes a safe 360 mrem every year, but people who around frequently around radiation can easily take dangerous amounts. Once the human body's intake reaches around 100 rem (100,000 mrem), harmful effects begin to emerge. Dosage---->Effects Doses above 100 rems cause the first signs of radiation sickness, for example: nausea, vomiting, headaches, and loss of white blood cells, which would cause make the person susceptible to infection (mild radiation sickness). Exposure to doses of 1000-5000 rem would damage blood vessels causing heart failure, as well as brain and nerve cells, which would lead to seizures or even immediate death. Radioactive materials damage people through ionizing radiation, which is simply radiation with enough energy to strip away electrons from atoms and break chemical bonds. Any living tissue in the human body can be damaged by ionizing radiation. Usually, the body attempts to repair the damage, but it cannot be repaired or it is too severe and widespread. The Fukushima Nuclear Incident occurred when an earthquake with a magnitude of 9.0 struck right off the northeastern coast of Japan sending a 15m tsunami into the island. The tsunami crashed right through the Fukushima nuclear plant and knocked out all three of the reactors that were currently active. When the water flooded into Japan, it filled the lower levels of the Fukushima reactors where the emergency generators (which were in use) were located. The flooded generators could not function so the coolant water pumps stopped functioning due to lack of energy. The three reactors then overheated and experienced meltdown. In the intense heat and pressure of the melting reactors, reactions between the nuclear fuel and the water surrounding them produced explosive hydrogen gas. While workers struggled to cool and shut down the reactors, several hydrogen-air chemical explosions occurred releasing dangerously high doses of radiation into the air. Only a few hundred people were actually irradiated by the disaster, most of them being workers attempting to prevent it. However, hundreds of thousands of people had to be evacuated out of the wide radius of the radioactivity. This disaster could have been prevented had the workers used seawater to cool the heating reactors, but the frugal company feared salt would corrode the expensive steel pipes and walls. A much more local partial nuclear meltdown occurred on March 28, 1979 at Three Mile Island power plant in Dauphin County, Pennsylvania. THE END Although the meltdown was not catastrophic, it is the worst accident in U.S. commercial nuclear power plant history To understand how a nuclear reactor works you must first know what it is. Nuclear Incident Presentation A bypass valve simply did not open, and water stopped flowing to the main feedwater pump. The reactor preformed an emergency shutdown by inserted control rods into the core to stop the chain reaction, but the reactor continued to produce decay heat. The heat built up in the primary water loop. Water is heated by the energy released, and this water spins a turbine, which spins a 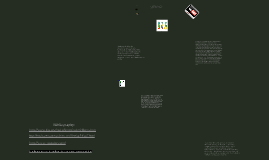 Transcript: Nuclear Arms An atomic weapon is a weapon that uses either fission or fusion, to create a gigantic release of energy that takes the form of an explosion. Their are two types of nuclear weapons, one of these weapons is the atomic bomb. Another is the Hydrogen bomb. The Atomic bomb works by using a nuclear reaction. Nuclear reactions occur when neutrons are shot at closely packed atoms with heavy nuclei (uranium or plutonium isotopes). These heavy nuclei break apart into lighter nuclei when hit by a neutron. In turn this generates more neutrons which bombard other nuclei, creating a chain reaction. This process is known as fission. (Another process known as fusion releases energy by fusing together nuclei rather than breaking them apart.) By breaking down the nuclei themselves rather than releasing energy through a conventional chemical reaction, atom bombs can release more than 80 terajoules of energy per kilogram (TJ/kg). The atoms do not release the energy as kinetic energy but release it in the form of large amounts of electromagnetic radiation. In an atmospheric detonation, this electromagnetic radiation, consisting mostly of soft x-ray, is absorbed within a few meters of the point of detonation by the surrounding atmosphere. Then it heats it to extremely high temperatures and forms a brilliantly hot sphere of air, the so-called fireball. Immediately upon formation, the fireball begins to grow rapidly and rise like a hot air balloon. Within a millisecond after detonation, the diameter of the fireball from a 1 megaton (Mt) air burst is 150 m. This increases to a maximum of 2200 m within 10 seconds, at which time the fireball is also rising at the rate of 100 m/sec. The initial rapid expansion of the fireball severely compresses the surrounding atmosphere, producing a powerful blast wave. A hydrogen bomb has the exact same effects as an atomic bomb except, in a hydrogen bomb the explosion is larger. A hydrogen bomb creates less radioactive fallout and instead of breaking uranium isotopes apart using fission, it fuses 2 hydrogen atoms together. There are curently five counties that are in possesion of nuclear weapons. These contries are reconized by the Non-Proliferation Treaty. The countries that are in possetion of nuclear arms are the United States, the Soviet Union/Russia, the United Kingdom, France, and China. The nuclear tests in India and Pakistan done in May of 1998 caused them to publicly declare themselves in possession of a nuclear arsenal, but this status is not recognized by international bodies. Isreal has also deployed a nuclear arsenal but has not been acknowledged as a nuclear possesing country. In conclution Nuclear weapons are a necessary evil. Nuclear weapons are, and should be, a last resort in any type of warfare. The devistation that it causes is a terible thing and sould only be used in times of terible despiration. But it is still incredible that something that is so small that the human eye can not see, but can still create an explosion that can destroy a city. I believe that that is why nuclear weapons are incredible. http://nuclearweaponarchive.org/Nwfaq/Nfaq7.html Bibliography: http://www.youtube.com/ http://www.wisegeek.com/how-does-an-atomic-bomb-work.htm http://www.fas.org/nuke/intro/nuke/effects.htm