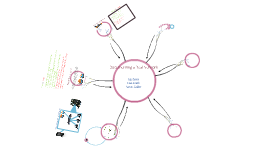 Transcript: OSI Model - networks Basic hardware components in a network Switch Routers Firewall Hubs Switches One of the newer technologies used in the industry today is server virtualization. Server virtualization allows network administrators to use existing hardware to create new servers for various purposes. Creating virtual servers is more cost effective because it does not require physical hardware beyond what may already exist in a company. This can be ideal for prototyping networks that may not remain over a long period of time. Pros vs. Cons A network's firewall builds a bridge between an internal network that is assumed to be secure and trusted, and another network, usually an external (inter)network, such as the Internet, that is not assumed to be secure and trusted. Server Virtualization Basic networking Network interface cards (NIC) Repeaters and hubs Bridges Switches Routers Firewalls Single point for security compromise unless redundancy implemented. Single point for hardware failure unless redundancy implemented A network switch or switching hub is a computer networking device that connects network segments or network devices. The term commonly refers to a multi-port network bridge that processes and routes data at the data link layer (layer 2) of the OSI model. Knowledge of basic logical diagrams help us gain the baseline understanding of how a network works. Physical diagrams, though, can look much different and Jay is going to discuss how a network can look different physically yet still function the same logically. A hub functions as the central connection point of a network. It joins together the workstations, printers, and servers on a network, so they can communicate with each other. Each hub has a number of ports that connect it to the other devices via a network cable. A router re-writes layer 2 headers. Network devices at each level of OSI model: Transport Layer – firewall Network Layer – router or layer 3 switch Data Link layer – switch Hubs don’t allow for separating collision domains. Hub network Routers Pros vs. cons A router doesn’t pass broadcasts. Unified Threat Management A switch separates collision domains. It only sends packets to a certain port. Documenting a Real Network Logic vs. physical diagrams Bridges A computer network is a collection of computers and other hardware components interconnected by communication channels that allow sharing of resources and information Easy creation and disposal of workstations increased data security single interface for managing networks resources Less cables to arrange Easier re-imaging and back up of worstations Single point of intrusion increased downtime when server down for maintenance because more than one VM on one device includes: Antivirus Firewall Spam filter Content filtering an OS Uses layer 2 (MAC addresses) to manage and control traffic. Traditional bridges support one network boundary, whereas switches usually offer four or more hardware ports. A bridge can divide a network to isolate traffic or problems. Can expand the distance of a segment Provides for an increased number of computers on the network Routers work at the Network layer of the OSI model meaning that the Routers can switch and route packets across multiple networks. Reduced complexity: Single security solution. Single Vendor. Single AMC Simplicity: Avoidance of multiple software installation and maintenance Easy Management: Plug & Play Architecture, Web-based GUI for easy management Reduced technical training requirements, one product to learn. More sophisticated than a hub Greater potential to expand network filters the data packets, and only sends the packet to the port which is connected to the destination address of that packet (using routing tables) Can support multiple simultaneous conversations Full duplex mode – send/receive at same time A hub accepts a frame and sends it out every port except the one it came from. One device talks at a time. Jay Davis Lisa Smith Aaron Calder Bridges The history of networking suggests that the future is full of advanced technology and amazing application possibilities. Client and server virualization 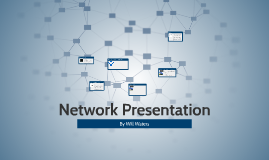 Transcript: Wireless Access Point When acquiring hardware for wireless networks, there are a number of factors which must be considered. These include: Compatibility Usability Internet Service Provider (ISP) Functions of a Wireless Network Allows you to connect to internet Wireless Networking Adapter Allows you to share information directly (e.g. Social Networking) An external module that plugs into a USB port Electronic devices that allow computers to connect to the Internet and to other computers without using wires Has to obtain signals from inside the computer, change them into radio waves and send them out via an antenna For desktop computers, the adapter may be on a PCI card Wi-Fi adapters provide wireless connectivity to the local area network (LAN). Gives device access to printers, scanners and other hardware Belkin Wireless Router Wifi Virus Protection Any portable device with a network can connect to wireless network Network Presentation By Will Waters Firewall Factors for acquiring the correcr hardware Sharing data (e.g. documents saved on one computer) Specially configured devices on wireless local area networks (WLANs) Act as a central transmitter which receives wireless radio signals including Wi-Fi Wireless routers for home networks include built-in access point functionality as part of the device Differs to a wireless router because it does not have firewall functions, and will not protect your local network against threats from the Internet Xbox Wireless Network Adapter No wires or cables are required Software or hardware-based network security system Controls the incoming and outgoing network traffic Establishes a barrier between a trusted, secure internal network and another network Many routers that pass data between networks contain firewall components and, conversely, many firewalls can perform basic routing functions. 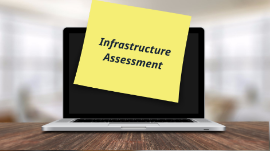