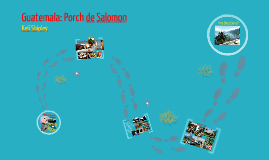 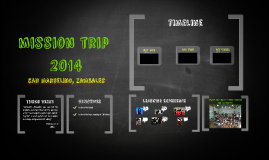 Transcript: God's hands are not too short to extend His love and grace to His people. We felt blessed to see how God works through Mission 1. DENTAL MISSION 2. PREPARATION FOR THE CHILDREN'S DAY CAMP To share the true meaning of Christmas 1. SUNDAY SERVICE 2. VISITING THE KABAGIS & GIVING OUT FOOD RATIONS God is at work! He arranges everything not as we plan but according to His plan. theme verse LEARNING EXPERIENCE Matthew 23: 37 (NIV) mission trip 2014 To share the Gospel As a family, we experienced that mission life was not easy. It required us to encourage one another and to be dependent on God's help and grace. DAY ONE OBJECTIVES DAY THREE timeline 1. CHILDREN'S DAY CAMP DAY TWO thank you for all your prayers and support!!! “Jerusalem, Jerusalem, you who kill the prophets and stone those sent to you, how often I have longed to gather your children together, as a hen gathers her chicks under her wings, and you were not willing." san marcelino, zambales Going to a Christ-centered mission is fulfilling and good exposure for the whole family. We learned to have fellowship with other Christians outside our local church and we saw how good is our God moving to the lives of his children with different walks in life. 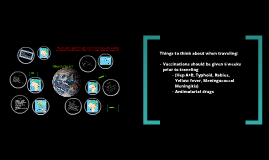 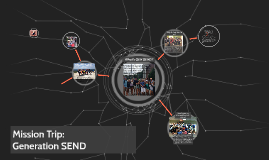 Transcript: Talk to me after class, Go to this website. http://www.namb.net/ http://sendnetwork.com/gensend/ Why do they aim for us? NAMB believes that our generation is the generation that will make the most impact to people' lives , so they are convince that we our the voices of the future. A mission trip support through the North America Mission Board (NAMB). They sends thousands of college students into Nation sharing the Gospel to people. Because I was a former Gen Sender, I want to share my testimony about my mission trip with others and encourage to do a mission trip or something during the summer. What's GEN SEND? If you're interested... Mission Trip: Generation SEND What do you actually do? How come do I know so much? GEN SEND assigns you to a city and a team. The team you are place with you'll be living life together with them and getting to know each other in the Lord. The city you place in you'll have a city coach that they know the city and will disciple you during your time there. You'll be there for 6 six weeks about the whole summer. Living arrangements will be handle. What else is there, well, you'll be working in the church and you'll be studying a book while you'll there and getting one with the city. Thanks for listening How long are we there and what else is there? 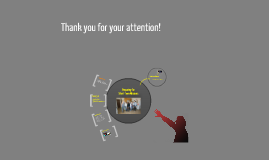 Transcript: Long-Term Organizations Just think about how helpful Kristen and Luke were! *Build bridges and act as a bridge for short-termers * Continue relationships even after we leave * Plant/Water Seeds Preparing for Short-Term Missions Thank you for your attention! Negative Experiences Short-Term missions can be effective, especially when: *Leaders/Groups prepare ahead of time to go on the trip *Leaders/Groups choose to work with a long-term organization that has roots within the local culture and with the local people Are often caused by: * Lack of preparation * "Doing" and not "Being" * Attitudes of superiority * Lack of Understanding Short-term Missions Preparatory Work **Do them right and have fun along the way A Generic Version Basic Traning (for any mission group) * Serious introduction to cross-cultural issues * Training in spiritual warfare * Raising awareness about how Americans are viewed by other cultures * Individuals assess their own strengths and weaknesses/share with the group Being Effective And one more thing... 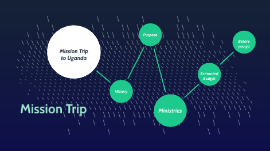 Transcript: Mission Trip Mission Trip to Uganda Where: Uganda When: Summer of 2021 (Approximately) Why: You will grow in your faith and spread the word of God Mission Trip WHY UGANDA? Uganda is one of the countries known for poverty. In 2016, 1.5 million children in Uganda were homeless. Approximately 133,000 Ugandan children that are suffering from growth or development issues. Uganda has 2.5 million orphans. Of that 2.5 million, 1.2 million of those children lost their parents because of aids. More than 23 million people do not have clean water. WHY UGANDA? History History The first North American mission trip was in 1991. Teen missions started going over in 1992. 41 million people live in Uganda. English is spoken there, along with many tribal languages and dialects. Poverty and AIDS are two horrible realities that many Ugandan’s face on a regular basis. Purpose Purpose of mission trips in Uganda are to spread the word of God, provide medical attention, and children’s ministry. The purpose of mission trips are not only to help others, and to spread God’s word, but to grow in your own faith. Purpose of Mission Trips Ministries - Orphan Ministry — You will work with orphans at village schools and churches. Many of the children are orphans off the streets who lost their parents due to AIDS. You might to evangelism or medical check-ups for the children, as well as helping the kids with school. - Children's Ministry — There’s possibilities of having VBS or sports camps for kids in Uganda. - Maintenance — Maintenance is an ongoing need in Uganda Ministries in Uganda More Ministries - Medical work — Checkups for children and nearby clinics. Will involve — Clinic set-up, treat wounds or illnesses, pharmacy, packing medicines, and evangelism. (NOT required to be medically trained to work clinics!) - Revival services at several village churches - Teaching Sunday schools and Bible studies - Hut-to-hut evangelism - Teaching hygiene classes Ministries in Uganda Estimated Budget Double click to edit Estimated Budget Budget Before you go 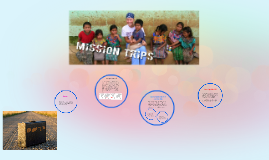 Transcript: Well a mission trip is a trip people take to go out of the country and take there own time to help others in places like Uganda, and Guatemala but there are many more. Also, they want to give them food to be healthy, clothes to be warm, and other things they may not have or just want and fresh water. That is what a mission trip is.. Opener Hey I'm going on a Mission Trip tag along. I think you will love it if you have no clue what i mean by a Mission Trip. I'm going to tell you what I mean. I'll say it really means something to the people in those countries who really don't have anything and they get to have that time with you and you fell good about yourself to help them too. people like you who go out and literally change yourself and those people. lets get started A mission trip near by hoped you liked it! Get ready to change the world.....and change yourself. Food for the Hunger sends teams from churches like your 16 countries in Latin,America,Asia. You can change their life by all these things. i hoped you got the idea of a mission trip and how it works. Remember you can do this any time but i would wait till your a little bit older till you go out of the country without your your family.. i loved sharing this with u hoped you loved it if not you might have the idea. it really means something to them A family from my church is going to Uganda to celebrate Christmas with them for they can have a real Christmas they may have not have before so this could be a great example of a mission trip you can learn from.. Seeing yourself on a mission trip 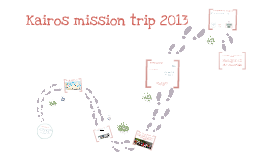 Transcript: Well. We want to show God's love through our serving the community So whats going on? So please donate! we simply wont be going without your help! The one that matters is: It means that the gap between: Kairos mission trip 2013 and you are very welcome to join us and get sponsored for it! Heres what we'll be dressed as 3rd Please sponsor us! Moscow itself is the capital and largest city of Russia. the population of Moscow is roughly 10,524,400. Though we still think of Russia as a super power the collapse of the Soviet Union left 40% below the poverty line. Since then that number has been reduced to around 13% of the population- that's 18,642,000 but on the other end of the scale Russia has 96 billionaires, second only to the US. Russia is also rated as the second most corrupt country in Europe. We have a couple of options for you The three of us are going to be spending an entire week dressed in rather silly costumes. We all have personal reasons but 1st and most important is prayer. Please pray that we can make a difference in that community and Show Gods love+ that the trip runs smoothly and safely! This Year the trip is to Moscow, Russia to help with a Christian youth camp So you might be thinking, How can I help? SO yeah....Thats it. Thank you so much for your attention We'll be around after the service so if you have any questions or anything at all to say please come and find us! We also have sponsorship forms and Challenge forms if you would like to sponsor or challenge us! We are also doing a sponsored cycle ride around bewl water while dressed in our silly outfits! 2nd We also need to raise money to pay for the trip. There is three of us going and between us we need to raise £3,000 is alot greater than you think Here! So what do these Numbers mean? So why do this? So what are we going to be doing about it while we are out there? We will be working on a Youth camp that's run by several Moscow Churches and Moscow youth for Christ. We will be teaching English along with helping with sport, drama, games and competitions! We are on a gap year called Kairos. This is run by the churches in Tunbridge Wells, giving time for local young people to serve local churches or charities and learn a thing or two along the way! The Gap year also includes the opportunity to serve a community in a foreign country.