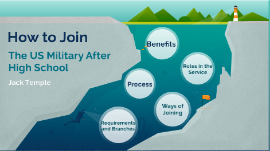 Transcript: The US Military After High School Jack Temple How to Join Requirements and Branches Requirements and Branches Army Navy & Marines Air Force Coast Guard -Be a U.S. citizen or Green Card holder Non-citizens must speak, read, and write English fluently. -Non-citizens must currently live in the U.S. -Be in good health -Be 17 to 40 years old (different branches have different age requirements) -Have a high school diploma (some branches will accept a GED) -Pass the Armed Services Vocational Aptitude Battery (ASVAB) test Requirements Requirements Ways of joining Ways of Joining Enlistment Easiest way of joining, makes up 82% of military members Enlistment ROTC ROTC The Reserve Officer Training Corps is a four year college program that prepares students to be US Military Officers. A highly selective and elite military college's that offer free tuition for military service as a US Military Officer. Academy Academy -Contact a Recruiter - Talk about Roles -Take the A.S.V.A.B -Go to M.E.P.S -Choose your Role -Swear in to the Military Enlisted Process Process Roles in the Service Roles in the Service Any job you can imagine they have - Combat/Special Forces - Technical jobs -Medical -Auxiliary jobs (doctor, lawyer, Chaplin) Benefits Benefits -A guaranteed paycheck and Cash Bonuses -Education Benefits -Advanced and Specialty Training -30 days annual paid vacation -Travel -Option for full-time or part time service -Tax-free room, board and allowances -Health and Dental Care -Use of commissary and Military Exchange stores -Special home loans and discounts -Unparalleled sense of patriotism, duty, honor and selfless service -Highly sought-after skills, leadership and training experience 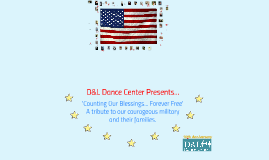 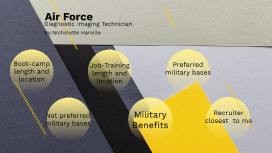 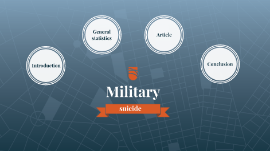 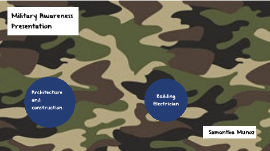 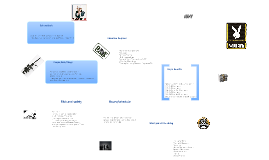 Transcript: ARMY Education Required High school diploma or GED Boot Camp Technical Training US Military Academy Reserve Officers' Training Corps (ROTC) Officer Candidate School The Army Continuing Education Program (ACES) Pay & Benefits New enlisted (E-1): $1,400 to per month E-2: $1,569 per month E-3: $1,588 per month E-4: $1,921 to $2,025 per month E-5: $2,335 per month E-9: $5,928 to $6,830 per month Warrant officers: $3,285 to $8,514 per month What you will be doing Intelligence Work Training & Education Recruiting Survival Equipment Specialist Weapons Maintenance Special Operations Infantry Combat Engineer Hours/schedule The hours that you will work is whenever you are needed for your specific duty it could be any time night or day. Risk and safety The risks is the possibility of being wounded or killed in combat. The saftey is being given warm clothing if it is cold, being given a helmet to protect you from head damage. You are also given a weapon to protect yourself from the opposing forces People,Data,Things The people that you will be working with are the other soldiers,Generals, etc. The items you will be using is your equipment such as our weapon the wepon that you are given depends on your job. Job outlook Opportunities should be excellent for qualified individuals in all branches of the Armed Forces through 2018. 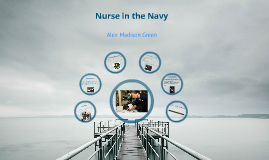 Transcript: -Wherever you are in your nursing career, the Navy can help ease your financial burdens. -Advance your career with generous scholarships, financial assistance and continuing education. http://www.navy.com/careers/healthcare/nurse/ Specific Responsibilities Video: Navy Health Care Navy Nurse Alex Madison Green -You will serve your country by helping not only those in the military who defend it. -Their families and people in need around the globe. Education Opportunities Nursing Specialties -Navy Nursing offers and amazing scope of career opportunities. -Navy Nurses can focus on any of more than a dozen sought-after practice areas. Work Environment Nurse in the Navy Typical Nurse would do: -Check vitals -Treat wounds -Manage triage -Lift spirits, restore hope and mentor others. -As a member of the Navy Nurse Corps, you may serve at any one of more than 250 Navy. -Hawaii to Japan, Germany to Guam, Washington, D.C., to Washington state. 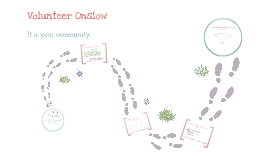 Transcript: **"We should help those that need it, and embrace those ready and able to serve. The military community is a great place to recruit volunteers because they already understand the military lifestyle and have an esprit de corps, learned through that military lifestyle where everyone is stronger when they work together" Military Involvement Volunteer Onslow collaborated with Volunteer Onslow as a community partner to identify a veteran who was in need. and more to come.. donated the supplies needed for the project 2nd Battalion, 8th Marines In 3 months... One group who answered the call. Asking volunteers "where do you best fit?" and finding how to leverage that partnership for both. contacted United Way looking for opportunities to volunteer in the community. ...for 2 projects. established project, community and public relations and partnerships. Volunteer Onslow ** ..."veterans and their families are talented natural volunteers with valuable skill sets easily adapted to the challenges facing our communities. Their families have consistently stepped up to handle unmet needs - military family members volunteer at much higher rates than the rest of the population. Best of all - they are waiting to be asked to serve". 95% Serving Wounded Veterans Percentage of OEF/OIF Veterans who cited this volunteer opportunity as important to them. Asking nonprofits "what are your needs?" and helping to fill those needs. What is Volunteer Onslow? Battalion Goals Met Through Volunteering: Citizenship Character Development Team Building Give Back to Our Community 91% Disaster Relief Semper Fi Fund Connecting Nonprofits with other Nonprofits to collaborative on service projects 94% After School Programs/Serving at Risk Youth 90% Serving Military Families Let's work together to help build capacity for local nonprofits in the community you serve. Great! How can I get involved? **Points of Light Institute 52% Environmental Efforts Jacksonville-Onslow Volunteer and Nonprofit Resource Center 2/8 gave 787 hours, $14,258 in sweat equity to local nonprofits. 2/8 Initiative Model ongoing connection to community opportunities project support and planning and hour tracking for unit purposes. Nonprofits connecting with Volunteers with opportunities: One time, ongoing, service projects, specific skills, boards and committees. How do we do that? What will it look like for you? Developing initatives and programs to better serve. It is your community. Home Depot It is your Community. How do I impact it. Members of the Military Community serving as volunteers help build better communities. You want to serve. Onslow County has the needs. Lauren Welch, Volunteer Onslow Director United Way 8 Ruth Street Jacksonville NC 28540 910-938-4357 lwelch@uwonslow.org Helps to build capacity for local nonprofits. Resource Center for nonprofits. Help connect volunteers to local needs