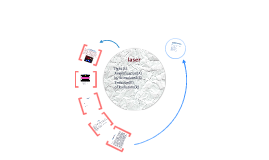 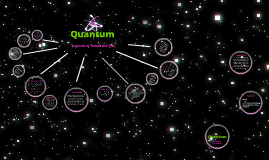 Transcript: Presented by Natalie and Lola Market Analysis Natalie Nickrent (Owner/Manager) Q Quantum is a partnership. We will be splitting the profits and losses 50/50. Mission Statement Contingency Plan Licenses and permits needed include an EIN number, building permit, zoning permit, tax registration, and seller's permit. Industry Overview Resources Management Team Plan Quantum will be set up as a partnership. Lola received an employee of the year award from the manager of the arcade she was employed at. We hope to achieve this level recognition in the industry by providing great customer service and creating a friendly, fun environment. We will need to employ about 20-30 other people to help out with various aspects of the business. Operational Plan sba.gov Quantum will be located next to the mall on East Main Street. Our prices will be lower than our competitors, and offer a better value for the price. Quantum will bring jobs to Carbondale and help out in this tough economic time. Company Description Competitive Analysis Our purpose is to provide an entertaining, safe laser tag experience that is fun for the whole family. We hope to bring people to Carbondale and create a place for excitement. Although the entertainment industry in Carbondale is pretty slow, we think Quantum will be successful because teens are in need of more entertaining options than just the movie theater. Because of our business location, we hope that there will be many customers coming by to visit. Partners: Natalie/Lola Quantum is a laser tag business. Our facilities will include a laser arena, a small snack shop, and rooms for birthday parties. We will sell a variety of food at the snack shop, and offer multiple options for a laser tagging experience. Our laser tag games will cost $5.50 per person per game, but we will offer discounts for larger parties and repeating customers. Snack costs will be approximately $1 for candy and soda, $2 for pretzels and hot dogs, and $2.50 per slice of pizza. Marketing Plan Quantum Lola Akintoye(Owner/Manager) www.managementhelp.org/strategicplanning/mission-values.htm Has a degree in Business Administration from the University of Illinois. Experience includes working at an arcade for a year. Organizational Plan Quantum Product and Service Plan Our main competition will be Pirate Pete's arcade and laser tag facility in Marion and The Edge's laser tag arena in Belleville. Quantum will be more appealing than these alternatives because of our unique facility design and cheaper prices. An out-of-this-world experience! To minimize the risk of losing current customers, we could set up system to reward returning customers with free games. Any problems that come up in our business we will handle in a professional, logical manner that benefits our customers. Any profit or losses made will be split evenly between the partners. Natalie has gotten multiple certificates in recognition of her excellent management skills. The Team Quantum will be open from Monday to Saturday. Our hours will be from 12-9 on weekdays and from 8-11 on Saturdays. Growth Plan Holds her Bachelor of Arts degree from Amherst College. Previous experience includes Product Design Manager for a local gaming business. Vision Statement In the future, we hope to expand Quantum into several different locations locally. If the business is successful, we could also make our facilities bigger to accomodate our larger customer base. We are a company striving to please our customers and bring families together. To get our company noticed, we will advertise in the paper, social networks, radio, and word of mouth. Our prices are about even with Pirate Pete's and lower than The Edge, but we would have an advantage because of our superior facilities. A laser tag business in Carbodale is needed for a constructive outlet for kids and teens, where they can have fun and even get some physical activity. 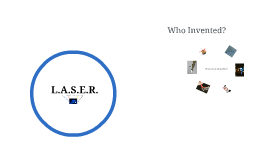 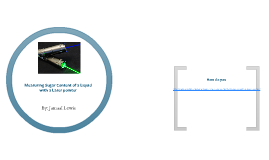 Transcript: Measuring Sugar Content of a Liquid with a Laser pointer By: Jamaal Lewis http://prezi.com/at5_dtemcirq/measuring-sugar-content-of-a-liquid-with-a-laser-pointer/ How do you 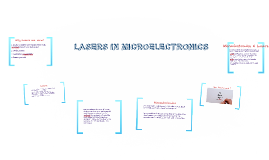 Transcript: LASERS IN MICROELECTRONICS Lasers continue to evolve, delivering higher power in smaller packages, and enabling even broader adoption of photonics technologies into industry applications. As laser technology develops it will no doubt enable further advances in microelectronics hereto unforeseen. 4. Cleaner process 3. Flexibility & Repeatibility How lasers work ? Before the Laser was invented there was Maser ( Microwave Amplification by the Stimulated Emission of radiation) using ammonia gas and microwave radiations. Why Lasers are used? Microelectronics & Lasers The first laser to be invented was Ruby lasers The name LASER is an acronym for Light Amplification by the Stimulated Emission of Radiation. It is a sub field of electronics which tells us more about very small electronic designs and component. In recent times, lasers are being used for via generation, direct pattern processing and image transfer for improvement in efficiency and lower cost of production As microelectronic circuit geometry decrease the number of applications of lasers continue to grow. Lasers High masking precision is obtained by the usage of Lasers. LASERs were also incorporated for trimming resistors for Microelectronics. LASERs revolutionized the micro electronics world by providing manufacturing steps which could not be accomplished with its use. Microelectronics 2. Highly precise 1. Ability to deliver energy into very small localised area at very high speed. 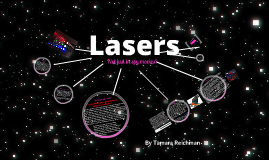 Transcript: Not just in spy movies? By Tamara Reichman Lasers are amazing light beams powerful enough to zoom miles into the sky or cut through lumps of metal. Once seen only in science fiction, they have proved themselves to be among the most versatile inventions of modern times. The miniaturized laser beam that reads music in a CD player can also guide missiles, send emails down fiber-optic telephone lines, destroy dangerous tumours and scan goods at the supermarket checkout. "Laser" is an acronym for light amplification by stimulated emission of radiation, which describes how a laser works. http://www.explainthatstuff.com/lasers.html http://simple.wikipedia.org/wiki/Laser http://www.worldoflasers.com/laserhistory.htm http://en.wikipedia.org/wiki/Laser_pointer#Australia Application Lasers Where are lasers used? Lasers are more than just powerful flashlights. The difference between ordinary light and laser light is like the difference between ripples in your bathtub and huge waves on the sea. You've probably noticed that if you move your hands back and forth in the bathtub you can make quite strong waves. If you keep moving your hands in step with the waves you make, the waves get bigger and bigger. Imagine doing this a few million times in the open ocean. Before long, you'd have mountainous waves towering over your head! A good analogy... History 'Laser scanners use a laser beam as the light source and typically employ either a reciprocating mirror or a rotating prism to scan the laser beam back and forth across the bar code. As with the pen type reader, a photodiode is used to measure the intensity of the light reflected back from the bar code. In both pen readers and laser scanners, the light emitted by the reader is rapidly varied in brightness with a data pattern and the photodiode receive circuitry is designed to detect only signals with the same modulated pattern." - wikipedia article 'barcode scanner' "light amplification by stimulated emission of radiation" Albert Einstein was the first to put forward the idea of stimulated emission that could produce a laser. From that point many years were spent confirming the presence of the phenomenon, but it was not until 1959 that the term laser was coined by Gordon Gould in a research paper. The first working laser was put together and operated by Theodore Maiman at the Hughes Research Laboratories in 1960, using a solid ruby laser. 1917 - Albert Einstein first theorized about the process which makes lasers possible called "Stimulated Emission." 1954 - Charles Townes and Arthur Schawlow invented the maser (microwave amplification by stimulated emission of radiation), using ammonia gas and microwave radiation. The technology is very close but does not use a visible light. 1958 - Charles Townes and Arthur Schawlow theorized and published papers about a visible laser, an invention that would use infrared and/or visible spectrum light, however, they did not proceed with any research at the time. March 24, 1959 - Charles Townes and Arthur Schawlow were granted a patent for the maser. The maser was used to amplify radio signals and as an ultrasensitive detector for space research. 1960 - Theodore Maiman invented the ruby laser. It was considered to be the first successful optical or light laser. 1958 - Gordon Gould was the first person to use the word "laser". There is good reason to believe that Gordon Gould made the first light laser. Gould was a doctoral student at Columbia University under Charles Townes, the inventor of the maser. Gordon Gould was inspired to build his optical laser starting in 1958. He didn't file for a patent for his invention until 1959. As a result, Gordon Gould's patent was refused and his technology was exploited by others. It took until 1977 for Gordon Gould to finally win his patent war and receive his first patent for the laser. 1960 - The first gas laser (helium neon) was invented by Ali Javan. The gas laser was the first continuous-light laser and the first to operate "on the principle of converting electrical energy to a laser light output." 1962 - Robert Hall created a revolutionary type of laser that is still used in many of the electronic appliances and communications systems that we use every day. 2000 - Alferov and Kroemer were given the Nobel Prize for their development within the field of semiconductor physics, where they had studied the type of substances that was first used to build semiconductor lasers, that is, the kind of miniature lasers that today have become the cheapest, lightest and smallest. The idea is to produce both the light source and energy supply and place the mirrors in one crystal (less than 1 mm facet, with many sequences). This has become not only the basis for many cheap and portable appliances, but also the foundation in optical information networks. The CD player, laser writer, laser pointer and the bar code reader the cashier at the supermarket uses, are all based on their discovery. Because the laser light 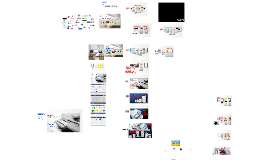