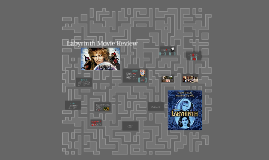 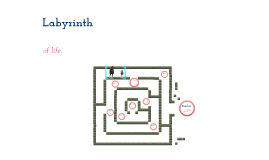 Transcript: Let's go further. Tired... Too soon, wrong door. of life. Just guess. Found a way out? You fight. Confusing path? Walls all around? Labyrinth Exit? Not yet, almost there. Finished! Two ways, which on to go? Hard path, so difficult... Stuck in a Pinch? Keep on going You're on the right way Danger ahead. What to do? Find a way out | V Mission accomplished. 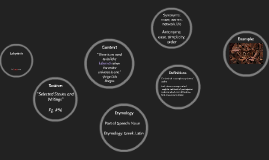 Transcript: Context "Selected Stories and Writings" Pg. #96 Synonyms: maze, warren, network, life Example: By: Mariela Lopez Definition: a complicated irregular network of passages or paths in which it is difficult to find ones way; a maze Contextual: a complex system of paths Labyrinth Part of Speech: Noun Definitions "There is no need to build a labyrinth when the entire universe is one." -Jorge Luis Borges Etymology: Greek, Latin Antonyms: ease, simplicity, order Etymology Source: 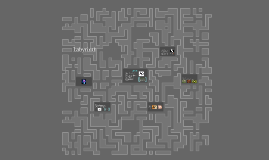 Transcript: Labyrinth's symbols More Annotated Bibliography The circulation of vital energies within our bodies Some labyrinths, like the Cretan, symbolizes the seven planets, the seven human principles of human being, and the seven days of the week. Classical Circuit 7 Entertainment. Artistic. Pilgrimage in cathedral labyrinth. Walking meditation (most common today). "The Minotaur in Classical Mythology." The Minotaur in Classical Mythology. University of Illinois, n.d. Web. 08 Feb. 2014. The University of Illinois is a public research-intensive university in the United State. The university was established in 1867. The information by University of Illinois is open to the public for educational purposes. The University of Illinois provides a brief summary of the Minotaur myth. It is concrete and precise regarding the information on the myth. The information on the myth is too concise and it does not focus on the symbolic aspect of the labyrinth. The source is helpful to learn the myth behind the labyrinth. "Ariadne's Thread." Georgetown University. Georgetown University, n.d. Web. 09 Feb. 2014. Georgetown University is one of the world’s leading academic and research institutions. Georgetown was established in 1789 and it is the United States’ oldest Catholic and Jesuit University. The information on Georgetown is open to the world even though it is a private institution. Georgetown provided the missing information regarding to University of Illinois. It explained the significant of Ariadne string in assisting Theseus escape in the labyrinth. Labyrinth's Usages "The Labyrinth Society." The Labyrinth Society. ZD-CMS, n.d. Web. 09 Feb. 2014. The Labyrinth Society is a diverse group of labyrinth lovers who come from all over the world. The Labyrinth Society goals are “to support all those who create, maintain, and use labyrinths, and to serve the global community by providing education, networking and opportunities to experience transformation”. The Labyrinth Society resources are not as concrete as Potsdam, but it does provide great pictorial examples of labyrinths throughout the world. "What Does a Labyrinth Symbolize?" Potsdam: The State University of New York. The State University of New York at Potsdam, n.d. Web. 09 Feb. 2014. Potsdam University is a public university located in New York. Potsdam University was founded in 1816. Potsdam is one of the fifty oldest colleges in the United State. The information, regarding the labyrinth, is open to the world since it is used for educational purposes. Potsdam University explains the purposes and the usages of a labyrinth. Potsdam University also explains in details regarding the symbolic aspect of labyrinth. However, unlike the sources from Rukeyser, it does not explain the myth behind the labyrinth. Maze Annotated Bibliography Types of Labyrinths Classical Circuits 11 The Minotaur, a monster with a bull's body and a human head, was required a tribute (seven maidens and seven youths) every year in Daedalus' labyrinth (in Crete). Theseus wanted to stop and slay the Minotaur by going along with the sacrificial group. With the help of Ariadne at arrival of the labyrinth (she gave Theseus a sword and a ball of thread), Theseus slayed the Minotaur and escaped the labyrinth with the ball of thread (he tied it at the entrance of the labyrinth). A maze has many pathways and branches. A maze is a puzzle and has a wide range of difficulties. There are many entrances and exits throughout the maze. A maze is used for science and to study intelligence. Questions? A labyrinth has a single path. A labyrinth has no difficulty in getting to the end. The entrance of the labyrinth is the exit. Each labyrinth has a meaning. The Summary of the Labyrinth Myth Medieval 11 Circuit Labyrinth Labyrinth Labyrinth 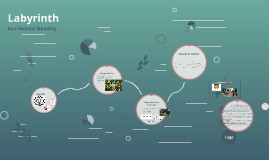 Transcript: Labyrinth Use Ambulatory v. Non-ambulatory Patient benefits Staff benefits Family and Friend benefits Labyrinth as a Holistic Modality Purpose/Hypothesis: a pilot study that examines the effects of walking a labyrinth vitals will differ from pre-to post walking the labyrinth Entertainment Show casing artistic ability Religious/spiritual commitment Meditation Carnes, V. B. (2001). Walking the labyrinth to peace. Nursing Homes, 50 (10), 41-2. Retrieved from http://search.proquest.com.libproxy.library.wmich.edu/healthcomplete/docview/218464180/6A7BAFF9ED194DA1PQ/1?accountid=15099 Labyrinth Locater Outcomes: Unknown Non-EB References labyrinthlocater.com No particular start time Universal 2-story stone building in Egypt identified by Herodotus Christian Middle Ages used in cathedrals England notorious for mazes Veriditas,. (2016). Veriditas. Retrieved from https://veriditas.org/ Research Studies Labyrinth Use in Healthcare Walking the Labyrinth Outcomes: short-term calming, relaxation, and relief from agitation and anxiety (2-3 hours) Intervention/Method: performing walking meditation in order to open the soul to a sense of wholeness and wellness Intervention/Method: repeated measures to gather mean numbers of vitals before and after labyrinth walks Outcomes: essentially no differences in vital changes pre-to post walk, but walkers in comparison to non-walkers showed mixed results in differences Labyrinth Sandor, M. K., Froman, R. D., (2006). Exploring the effects of walking the labyrinth. Journal of Holistic Nursing, 24 (2), 103-10. Retrieved from http://search.proquest.com.libproxy.library.wmich.edu/healthcomplete/docview/196411071/993967B83BBF4ED7PQ/1?accountid=15099 Labyrinth History As a Holistic Modality Intervention/Method: standardized interviewing protocols utilized while strategies to build trust were practiced by triangulation and theory/perspective Walking the Labyrinth to Peace EB References Purpose/Hypothesis: exploring the meaning and experience of mental health patients walking a labyrinth in hopes walking will result in reflection, stress reduction, and exploration of personal wellness Algeo, J. (2001). The labyrinth: a brief introduction to its history, meaning and use. Quest, 89 (1), 24-5. Retrieved from https://www.theosophical.org/publications/1276 Labyrinth Purpose/Hypothesis: labyrinths being used both as a therapy and a devotional aid for Alzheimer's patients taps into the spirituality that remains deep within their hearts and gives them a place where they can get lost A form of walking meditation A path for spirituality A "blueprint" for the intersection of psyche and spirit Heard, C. P., Scott, J., Yeo, S. (2015). Walking the labyrinth: considering mental health consumer experience, meaning making, and the illumination of the sacred in a forensic mental health setting. J Pastoral Care Counsel, 69 (4), 240-50. Retrieved from https://www.clinicalkey.com/#!/content/medline/2-s2.0-26631524 Exploring the Effects of Walking the Labyrinth Logo 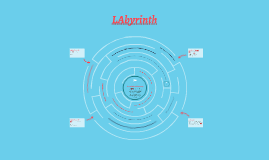 Transcript: • Details on Tupac/Biggie’s death • The theme of corruption and money • Good vs Evil History behind LAbyrinth LAbyrinth was based on true events. unsolved murders of Tupac & Notorious B.I.G. David Mack guilty of theft and murder Russell Poole helped with book Plot Summary studied journalism @ Columbia University, NY works as editor for Rolling Stones Presentation Summary Randall Sullivan LAbyrinth LAbyrinth is an in-depth investigation not only into two mysterious murders but also into the LAPD. If you are interested in crime or rap culture this would be a good book for you. Why should you read it? The book is circled around the crime investigation of two musical artists that were being involved in bad activity. Although these two artists didn't associate themselves personally with gang violence, they found themselves in rough situations with crimes in the Los Angeles area. A detective takes it upon himself to investigate what exactly happened and what went wrong during these times. Why should you read it? LAbyrinth is a good read if you are interested in the following: • Crime • Rap Culture • East coast vs West Coast/ Gangs 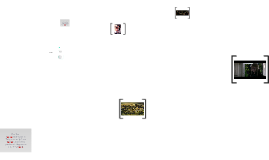 Transcript: Ivy Hughes Labyrinth started at number eight in the U.S. box office charts with $3.5 million. It placed behind some other great 80's movies, one being Ferris Bueller's Day Off. The next weekend, the film dropped to number 13 in the charts, only earning $1.8 million. By the end of it's run in the U.S cinemas, the film had earned $12,729,917, just reaching over half of its $25 million budget. Labyrinth was a single movie, therefore no sequels. Labyrinth is a British-American musical adventure fantasy film, created in 1986. Fun Fact: Fun Fact: Sarah's little brother, Toby, is actually Brian Froud's, (one of the producer's) legitimate son, Toby Froud. Labyrinth was nominated for the BAFTA Film Award, (best special affects category), the Saturn Award, and the Hugo award, all in 1987, only one year after the film was released. Unfortunately, these movie awards were all granted to other nominees. Mick Jagger and Michael Jackson were put into consideration by Jim Henson for playing the part of the Goblin King, also known as, David Bowie's character. Labyrinth There were enthusiastic and positive reviews of the movie; The New York Times announces, "Labyrinth, a fabulous film about a young girl's journey into womanhood that uses futuristic technology to illuminate a mythic-style tale, is in many ways a remarkable achievement." They also gave Labyrinth a 90% rating. Others, such as the San Francisco Chronicle, disagree, rating the film at the an astonishing 50%, claiming, "I think mature pre-teens along with immature teens might relate to this overbearing showcase of bizarre rubber duckies. Adults are bound to find it a major yawn, and young children are likely to be scared out of their wits." After dealing with her obnoxious baby brother, Toby, the main character, Sarah, wishes goblins would come take him away, and to her surprise, they do as she wished. She realized what she had done was a mistake, and wished Toby back, only for the Goblin King to appear with an ultimatum. Sarah has to solve the Goblin King's Labyrinth and make it to his castle within thirteen hours, and if she doesn't make it in time, Sarah will never see Toby again, for he will be transformed into a goblin forever. She has no choice but to go along with these circumstances, seeing she would lose her brother if she went against them. Her journey through the Labyrinth is a long, perilous adventure, the maze being filled with mind-bending puzzles, monster-like characters, suspenseful situations, and nothing is really as it seems.