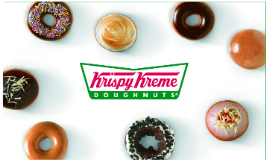 Transcript: Budget Salary What are we trying to acheive? advertising Risk? Media Mix 30 million people 75% of 15-24 year olds 3.2 billion people Risk? ''To touch and enhance lives through the joy that is Krispy Kreme'' "Who are you supporting?" 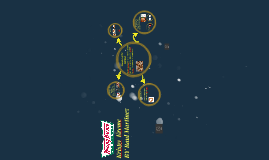 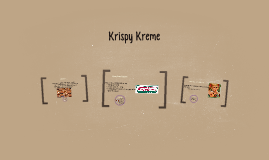 Transcript: A little History... Krispy Kreme is an international company. Start-up cost: 25k-50k The grand total is 928k- 1.8 mil. Tranining: Krispy Kreme offers a training program for a top operation personnel. Sites! http://franchises.businessmart.com/how-much-does-a-krispy-kreme-franchise-cost.php http://www.franchise.org/FranchisorDetailsView.aspx?id=52927 http://www.franchisehelp.com/franchises/krispy-kreme Krispy Kreme Applicants Standards Passionate about the company. Proven track-record of running Very committed to providing great customer service Financial resources to a multi-unit store develped plan including a minimum $1 mil. in liquid assets and a minimum net worth of $2 mil. Where to apply for a Franchise? You can apply for the Krispy Kreme Franchise at the Krispy Kreme website! http://www.krispykreme.com/ Krispy Kreme Krispy Kreme Franchise Krispy Kreme was not always a franchise, it was a privately held business. In 2000 K.K became a public franchise. The first store out of the U.S was in Australia Krispy Kreme is a doughnut company that started in 1937 The first Krispy Kreme was established in Winston-Salem, NC. Krispy Kreme is known for their Original Glazed doughnuts. Vernon Rudolph is the founder of the doughnut. 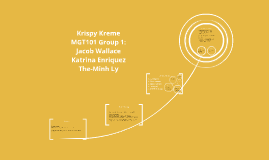 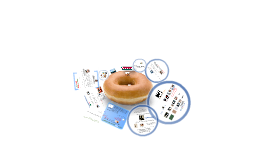 Transcript: Founded 1937 Winston-Salem, NC Products: Krispy Kreme Vision & Mission Vison: To be the worldwide leader in sharing delicious tastes and creating joyful memories. Mission: To touch and enhance lives through the joy that is Krispy Kreme. What sets this company aside from the rest? 669 Stores in 21 Countries "The brand is so much bigger than who we are from a business standpoint. We need to make sure we manage that well, and that we don't try to grow too fast, that we have the right pace" CMO Dwayne Chambers, 2011 Krispy Kreme has a very Americana image that people grasp onto like they do Coke and Disney Krispy Kreme today enjoys a respectable place in the fast-food landscape as an occasional treat "Krispy Kreme's goal is not to be flashy. What it lacks in flash it makes up in business complexity" "For example, in Thailand we have one store, and the waits are generally at least 30 minutes to an hour. We had to limit people to two dozen doughnuts each." CMO Dwayne Chambers, 2011 Consumer Portrayals... Starbucks: sophisticated, higher class, mature, professional, more-expensive, urbanism DD: diligent worker, grab-n-go, fast-paced consumers (on the go), blue and white collared people, everyday people However, for Krispy Kreme... Krispy Kreme Symbolism & Identity less sophisticated, more simplistic rich history more laid back, more surburban/small-neighborhood geared toward social responsiblity (charity events, fundraisers, education) providing high-quality products, made-from-scratch doughnuts (same-day Freshness) However, this company is not as successful as its' competitors... Why is that? let's take a look at their marketing strategy... What is doing now for advertising? KK went public at the turn of the millenium, it was driven by word-of-mouth Word-of-mouth? passing of information from person-to-person it adds a level of credibility makes a strong impact on product judgments What else... fundraiser campaigns neighborhood events school sports Last year, nonprofit organizations, including schools, raised over $30 million dollars with the help of Krispy Kreme Fundraising! There is no massive commercial advertising campaign... Billboards, TV commercials (rare) Today, company leveraging word-of-mouth via Social Media predominantly plans to spend even less on marketing Why is this company not as progressive in expanding in comparison to other franchises? $1.2 million on measured media in 2010 has ran commerical ads in the past with little efforts put into it Compare and Contrast ads between Starbucks and KK.... Using regret aversion tactics to work from a different angle... Regret aversion... Anticipation of regret can promote action. The extent to which action is promoted is contingent upon the presence or absence of feedback. Expanding Krispy Kreme Coffee Products through regret aversion Goal is to "manipulate" consumers to antipicate regretting inaction. via the coffee, and the doughnuts are inevitable Imagine... OR... car crash from fatigue, if only they had bought the coffee to be alert driving... Scenario 2: To avoid the "morning crash" More productivity and motivation in the workplace Scenario 3: so fatigued driving in the morning, that they ran the red light and got pulled over on the way to work Aside from using WOM advertising, applying regret aversion ideologies would attract more consumers via the coffee products... Manipulates consumers to think they NEED Krispy Kreme Coffee and products.. to stay alive (scenario 1) productivity at work (scenario 2) avoid getting in trouble with the police (scenario 3) If Krispy Kreme applies regret aversion to their market campaign they would have a better marketing strategy.. to promote the brand! Would applying regret aversion ads for Krispy Kreme coffee increase their main product line, which are doughnuts? CMO Chambers mentioned the vast diversity of stores already in existence (some are coffee bars)... Some stores can focus mainly on coffee products and naturally provide the delicious doughnuts. "Satellite" stores without the inclusive on-site factory is WOM strong enough to continue KK image? WOM has a strong impact on product judgments, bc info received in a face-to-face manner is more accessible. Is Social Media a true medium for WOM? References: Morrison, M. (2011, March 21). Krispy kreme's new cmo to spend less, lean on social media. Retrieved from http://adage.com/article/cmo-interviews/krispy-kreme-s-cmo-spend-lean-social-media/149451/ www.krispykreme.com 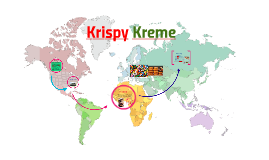 Transcript: Winston Salem, North Carolina Headquarters History Founder: Vernon Rudolph Founded: July 13, 1937 Rudolph and his uncle purchased Joseph LeBeouf's donut shop on Broad Street in Kentucky, for yeast-raised doughnuts in 1933 acquired from a New Orleans French Chef Delivered the dough in his bicycle History of growth Most of the company stores are located in south eastern. December 2001, Krispy Kreme opened its first store in Mississauga, Ontario, Canada Since 2004, Krispy Kreme has rapidly expanded its international operations, now has 100 store alone in Mexico alone Krispy Kreme Why I chose this company ? Interesting Facts Selling doughnuts for 75 years Added coffee to the menu in 2012 Krispy Kreme is one of the best selling donuts in the entire country. Krispy Kreme was only sold in the South. 1.3 Million Pounds of Sprinkles Are Used Each Year Enough Donuts to Reach from New York City to Los Angeles Popular Brand donuts Everyone LOVES Product Began the expansion in the 90's. 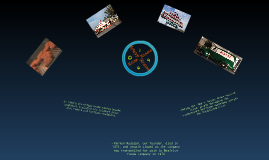 Transcript: In 1960's the Krispy Kreme stores became cosistant including the hallmark green tile rooofs and heritage roadsigns. During the 1960's, krispy kreme enjoyed steady growth throughout the southeastern and began expanding outside the traditional roots Vermon Rudolph, our founder, died in 1973, and growth slowed as the company was reorganized for sale to Beatrice foods company in 1976 6 Krispy Kreme Krisp Kreme 0 9 1 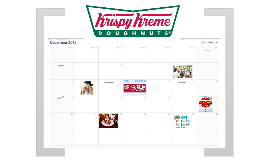