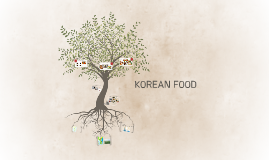 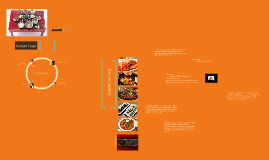 Transcript: Boiled rice is the staple food for Koreans; it is eaten with almost every meal. Guk (soup) Korean meals traditionally consist of a soup served with rice. The soup can be made from vegetables, meat, fish, shellfish, seaweed, or beef bones. Korean Food Meets the World Barack Obama The President of U.S "Bulgogi and Kimchi are one of my favorite lunch menus" Gwyneth Paltrow American Actress "I got into shape after giving birth by eating Bibimbap" Cho Nan Gang Japanese musician "I love Korean food. I eat Kimchi everyday." Pierre Garnier Renowned cook in France "I've never tasted anything like Korean food across the world." Korean Cuisine Kimchi is the national dish of Korea. In the case of kimchi the cabbage is coated leaf by leaf in a delicious spicy mix of hot pepper flakes, garlic, chives, onion, pear juice, and more. 2006 Kimchi World's Top 5 Health Food Bibimbab In Korean, “bibim” means “mixed” and “bab” means rice. A simple salad of rice, mixed vegetables, beef, and egg, with sesame oil and chili paste for seasoning. Bulgogi is a Korean dish that usually consists of grilled marinated beef. It is listed at number 23 on World's 50 most delicious foods readers' poll compiled by CNN Go in 2011. Gimbab is a popular Korean dish made from steamed white rice (bab) and various other ingredients, rolled in gim (dried seaweed) and served in bite-size slices. Gimbab is often eaten during picnics or outdoor events, or as a light lunch Ddeokbokki is a popular Korean snack food which is commonly purchased from street vendors. The main ingredients of ddeokbokki are boiled rice cakes, gochujang (chilli paste), onions, diced garlic, salt, sugar and different kinds of seasoning based on the taste. Korean Food Best 7 Korean Food bab (boiled rice) Banchan (side dishes) People love Korean food 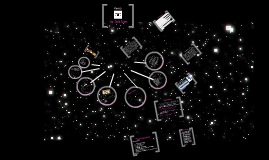 Transcript: by : Leslie Lopez The table manners is Korea are primarily used to show respect to the elders in the table for example 1.You cant pick up the Chopsticks before the eldest in the table. 2. You cant use both hands to offer food to another. 3. No stirring common or share dishes 4. You have to wait for the Eldest to finish eating before you can leave. Since China is so close to Korea their food resulted in a cultural exchange. The Basic flavors for Korean food is spicy, sweet sour, and salty foods. 5. After leaving for 5-6 hours, rinse the lettuce twice in clean water, then squeeze as much water out of the lettuce as humanly possible (yes, squishing the cabbage is perfectly alright), and leave on a strainer for another 15-30 mins to drain the last of the water out. 6. The ‘sauce’ can be made whilst you’re waiting for the cabbage to wilt (in step 4). Combine 1 heaped tbsp of glutinous rice powder with 1/2 cup water in a pot, stir vigorously over a low heat till the mixture has turned white, has a very thick consistancy and bubbles whilst being stirred. 7. Let the rice powder glue cool down, and while it’s cooling, blend together the garlic, ginger, nashi pear, onion and Chinese radish into a pulpy liquid. Once the rice powder glue is completely cool, stir in the chilli powder, sugar and fish sauce, then pear mix and spring onion and combine well. 8. Lay out the cabbage and coat the front and back of every leaf with this rice chilli paste, making sure that they’re well coated and you haven’t missed any bits. 9. Once all the cabbage has been coated, press down into an airtight container and store in a cool, dark place for 3 days to aid the fermentation process. Taste it after 3 days, and if the lettuce tastes slightly tangy, soft but with some crunch and spicy, then place in your fridge. This can be stored in your fridge for up to 3 months (if it lasts that long! The first step is to soften up the scallions in a little neutral oil, which sweetens them up. Canola or vegetable oil, rather than olive oil, is the best choice. In the meantime, combine the flour, salt, and water in a bowl and whisk them together thoroughly. Once the scallions are getting soft, add the soy sauce to the pan, which should be quickly absorbed into the scallions. Then the batter gets poured into the pan. Shake the pan around to distribute it, and continue cooking over medium-high heat. The batter will slightly brown on the bottom and begin to set At this point, add the beaten egg and tilt the pan every which way to spread it out, and top with the korean red pepper, in our case, powder form. We kept spreading the egg out, lifting the edges of the pancake like an omelette to let egg run past the edges 10. 1910 to present: Japan Colonizes Korea 1910-1945 then the north and south split during WWLL The Japanese Influenced Korea through there occupation from 1910 to 1945 during their rule the culture and nationalism was reppressed. When the Korean diplomat Yi Gwang-Jeong returned to China he brought back several books, they were the fist western literature books in Korea they were a sensation among Confucianists as they grew sympathetic toward Christianity they began to accept it. 4. 660-935 Unified Silla : Silla along with Chinas Tang defeat Baekje and formed a Unified Silla http://www.history.navy.mil/photos/events/kowar/kowar.htm Food Culture 6. Place kimchi dishes in the back row, stew dishes on the right, sauces in the middle of the front row, meat dishes on the right side, and vegetables on the left side Korean History 6. 1932-1910 Joseon: General Yi Seonggye establishes the Joseon dynasty in Korea after the collapse of the mongols Works Cited Instructions 5. 936-1392 Goryeo: Silla over come by political disunity breaks into smaller parts and the name Korea comes from "Koryo"which is the McCune Reischauer spelling of Goryeo 1. Cut the cabbage in halves or quarters, and cut into the stem to remove most of it. 2. Combine 1L water with 1/2 cup of cooking salt into a large bowl, then plunge one half or quarter of cabbage into the water at a time. Carefully seperate the leaves layer by layer and make sure that you get the salted water right to the base of the leaves. 3. Drain water from the cabbage segments, then sprinkle a light layer of cooking salt over each layer of leaves, making sure to get more towards the thick, white base of the leaf rather than the thinner, green end. This is usually done by coating the lower half of your fingers in salt and using a flicking motion. Don’t feel that you have to use the ENTIRE 1 cup of salt here – just as much as is needed to give the leaves a light sprinkling – its hard to judge how much salt you will need/use as it depends on how big and how ‘ripe’ your cabbage is. 4. Place the cabbage segments into a bowl and leave covered for 5-6 hours, or till cabbage is floppy enough so that the leaves can be bent over, but still make a crisp ‘snapping’ noise when snapped. Ingredients Steamed white rice Bulgogi, 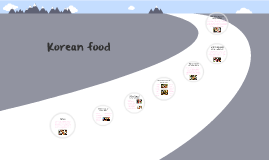 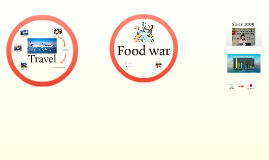 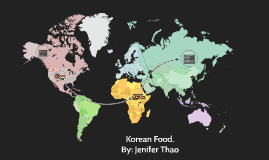 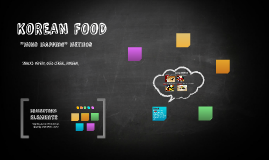