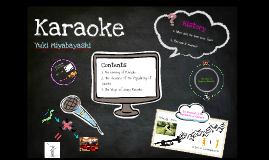 Transcript: Kobe The Ways of Enjoying Karaoke New Way The Conventional Way Karaoke Yuki Miyabayashi Contents 1. The History of Karaoke 2. The Reasons of the Popularity of Karaoke 3. The Ways of Using Karaoke The Meaning of the Name Kara Oke History 1. Where does the term come from? 2. How was it invented? How??? Kobe Reducing Stress A Tool of Communication The Reasons of the Popularity of Karaoke 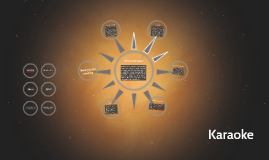 Transcript: Karaoke is a musical entertainment system providing previously recorded accompaniment to popular songs that a performer sings live, usually by following the words on a video screen. Karaoke is usually found in clubs or even at home, its a fun way to sing along with family and friends. KalaOK Introduction to Karaoke What is Karaoke? Fun Facts Quiz 1. What is the pinyin for Karaoke? 2. What in what 2 eras was Karaoke most popular? 3. What race were the people who bought Karaoke to Australia? 4.Where is Karaoke from? 5. What is the current number 1 song in China called? 6.In 1991 which Australian State had Karaoke night almost every night? The 80s and 90s The top charts in China are very similar to top charts in Australia and the US although there is some solely Asian favourites. Many popular western world songs are also listened to internationally. Chinese people have a couple of songs that are very popular with people doing Karoke. The current top 10 in China consists of- 1. Love Doesn't Need To Pretend - R-chord 2. Fight Song - Rcahel Platten 3. Annual Ring - Zhang Bichen 4. Seve - Tez Cdey 5. Stubborn Love - Ronghao Li 6. Darling - Julia Peng 7. Cheerleader - OMI 8. The Hills - Weeknd 9. Gonna Lose You - Meghan Trainer 10. Worth It - Fifth Harmony & Kid Ink and you will notice that some of these songs are popular in Australia. Filipino Are there any differences or similarities between Australia and China with Karaoke? In China, Karaoke is called KTV. KTV is really popular with young people in China. Chinese people love to go out to sing, eat and drink with friends. Originally, karaoke is Japanese. In China, if you want to go to a karaoke box, you have to rent a box for a half hour or an hour. Sometimes in Chinese hotels, they provide karaoke box’s. Similarities and Differences Karaoke The difference between Chinese and Australia karaoke is that the songs are different in each country, and the karaoke machines are different, because in China, there are Chinese Karaoke Box’s that you can rent and in Australia there are systems which you can use at home or on your TV. The pinyin for Karaoke in Chinese is KalaOK Karaoke became popular in the 1980s in Australia Filipino migrants bought Karaoke to Australia In 1989, Robin Hemmings, who had seen karaoke operating in Fiji, commercially introduced karaoke to Australia. In Adelaide in 1991, most hotels offered ‘karaoke night’ almost every day. Most hotels had stages built in and sound systems installed to cater for Karaoke Nights Now days, bars and restaurants still offer a karaoke night to entertain guests, but not as frequently as in the 1980’s and 90’s. Japan Thank you for watching Similarities and Differences Love Doesn't Need to Pretend South Australia-Adelaide more specifically 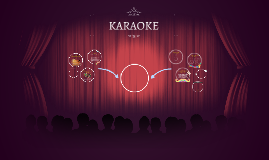 Transcript: SOURCE : History Of Karaoke karaoke is a Japanese word. karaoke room, which made by partitioning and soundproofing rooms in a building, were introduced and set up one after another. The first karaoke machine was created in the ‘70s. The machines started to show up in hotels and bars. During the early days, karaoke was presented to people as a diversion that enhanced the experience of drinking and socializing. The term noraebang is a Korean compound word, blending norae (song) and bang (room). At that time most of the Japanese houses were made of wood, so singing at home in the evening was very disturbing for their neighbors. That's why the "karaoke boxes" were born. Karaoke Spreads Across Asia In Taiwan, karaoke bars similar to those in Japan and South Korea are called KTVs, which stands for karaoke television. Now, in the 21st century, Karaoke has become a mainstream part of culture. Karaoke bars are now the common venue to sing at and feature an impressive array of technology that makes the first Karaoke machines laughable at best. Audrey Nethery sing karaoke people were able to convene in a small, private room. Karaoke In Asia started at a snack bar in Kobe City The guitarist could not come to perform at the bar, the owner of the bar prepared tapes of accompaniment recordings, and vocalists enjoyed singing to the tapes. Karaoke is a typical way to relax used by the Japanese businessmen, they use it to take away their stress after work. 1970s: Development of the karaoke machine now Technology Karaoke Comes To The United States Taiwan They go to a bar with some colleagues to have a drink and enjoy themselves singing to get relaxed. A noraebang refers to a singing venue in South Korea where private sound-proof rooms are available for rent, equipped for singing. The first karaoke box appeared in 1984. It’s a blend of two words — kara (“empty”) + oke (short for “orchestra”). 1970s Top 5 Fail Cover Compilations 1980s Karaoke boxes the Philippines the karaoke boom has spread abroad, enjoyed not only in Korea and China but also in Southeast Asia, the U.S., and Europe. Since karaoke displays the words and scenes of a song on a monitor, it has also been attracting the attention of countries trying to improve their literacy rate, as a good educational tool. By the late ‘80s, karaoke players started using Laser Disc technology. The significance of the Laser Disc karaoke machine was important. This was the first time a karaoke singer could see lyrics on a video monitor. the karaoke styled machine was invented by Japanese musician Daisuke Inoue in Kobe, Japan, in 1971. karaoke has become a past-time activity especially when entertaining friends at home. The 'minus-one' music on tapes during the late 1960s with prevailing songs such as the Beatles pop songs had become favorite songs. Development karaoke boxes have been built on unoccupied grounds all over Japan, and in urban areas. KARAOKE South Korea Karaoke video games Karaoke VCDs Karaoke on mobile phones Karaoke on computers and the Internet Karaoke in automobiles Karaoke is a highly popular form of recreation in Taiwan. The biggest KTV chain in Taiwan is Cashbox KTV. in a rice field in the countryside of Okayama Prefecture, just west of the Kansai area. the 90's brought in the first machines that would download a Karaoke song that someone wanted to sing. These machines would connect to the internet and download the desired song using a dial-up connection. 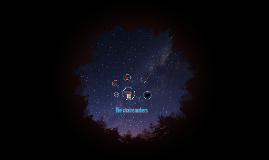 Transcript: The Chainsmokers were initially made up of Pall and former DJ Rhett Bixler. then they were re-formed as an EDM DJ duo in 2012 under the management of Adam Alpert in New York City.The duo's first live performance was opening for Timeflies at Terminal 5 in September 2014 History Members Discography Released on April 7, 2017, by Disruptor Records and Columbia Records.[5][6][7] Its release was preceded by the singles "Paris" and "Something Just Like This" Music style The chainsmokers Are an American DJ/production duo consisting of Andrew Taggart and Alex Pall. The EDM-pop duo achieved a breakthrough with their 2014 song "#Selfie". The chainsmokers Remixe 2012: Sultan + Ned Shepard – Walls Dragonette – Let It Go 2013: Two Door Cinema Club – Sleep Alone Little Daylight – Overdose Daughter – Medicine Phoenix – Trying to Be Cool ASTR – Operate Smallpools – Dreaming The Killers – Miss Atomic Bomb Cash Cash feat. Bebe Rexha – Take Me Home The Wanted – We Own the Night Banks – Change Icona Pop – Girlfriend Mikky Ekko – Kids The Colourist – Fix This Tove Lo – Habits (Stay High) 2014: NoNoNo – Pumpin Blood Ellie Goulding – Goodness Gracious Bastille – Flaws Strange Talk – Young Hearts Chromeo – Jealous (I Ain't with It) Guy Sebastian – Like a Drum Bebe Rexha – I Can't Stop Drinking About You 2015: Steve Aoki feat. Fall Out Boy – Back to Earth Life of Dillon – Overload Clean Bandit & Jess Glynne – Real Love Their Album Karaoke!!! Taggart has described the duo's music as "blurring the lines between indie, pop music, dance music, and hip-hop." The pair have cited Pharrell Williams and deadmau5 as musical influences. In 2016 they were part of the commercialization of the future bass genre. "Roses" represented the first future bass song that reached worldwide success. Alex Pall Alexander "Alex" Pall born on May 16, 1985 (age 32) was raised in Westchester County, New York. His mother is a housewife and his father is an artdealer Andrew Taggart Andrew "Drew" Taggart born on December 31, 1989 (age 27)[70] was raised in Freeport, Maine. His mother is a teacher and his father sold prosthetics. He was turned onto EDM at the age of 15 while abroad in Argentina, where he was introduced to the music of David Guetta, Daft Punk and Trentemøller. 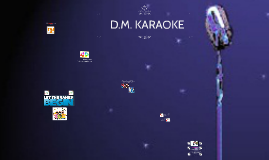 Transcript: The rest of the group will have to dance following the moves We'll ramdomly choose 2 people If your answer correctly you'll gain 2, 4 or 6 points D.M. KARAOKE 13 - 18 You'll receive the clue. 8 - 12 You gotta complete the chorus. If they don't dance we'll take off from your finally score Each leader will make a 5 people group POINTS 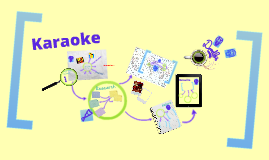 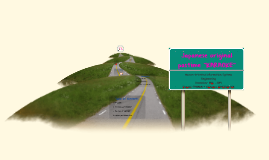 Transcript: No.1 "HAVY ROTATION” AKB48 90weeks No.2 "KISEKI" GReeeeN 79weeks No.3 "MEMESIKUTE" Golden Bomber 53weeks * The origin of the "KARAOKE" 1. Motivation 2.説The history of "KARAOKE" 3. The state of "KARAOKE" 4. summary and future plans * Oricon Karaoke Chart * originated in Japan * something very familiar * To be spread to the world more Human-Oriented information Systems Engineering November 18th , 2014 Nozomi TANAKA * Chinatsu MATSUSHITA The history of "KARAOKE" Situation Motivation * Not still popular overseas * Opportunity to deepen friendship * Communication tool of a kind * Enjoy at home * Smartphone app * Enjoy regardless of the generation Thank you for listening^^ Situation From live to recording Reduction of program production costs Japanese original pastime "KARAOKE" Table of Contents Summary and Future plans Situation Do you know this TV program?