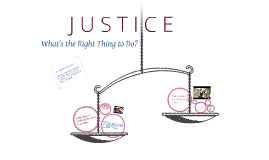 Transcript: Consequential: as a result, justice must be served Libertarianism: an individual owns themselves the extent of having certain moral powers to do and acquire as they please Malum Prohibitum Questions for the class: What are your thoughts on how the Ford Company handled the Pinto situation?Do you think you can place a value on life? If so, how much?Should the American Government be held accountable for the actions of the individual?(Anything else you can think of?) Innocence of Muslims -->Portrays Mohammed as a womanizer, a child molester, and alludes to religious fraud -->Should the Muslim protestors be held accountable? -->They're protesting their beliefs What's the Right Thing to Do? -> Is it morally right for the judge to take the lawyers reasoning? -> His lawyer argues for him to not be imprisoned The Release of Anti-Muslim Hate Video 1.Exploding gas tanks – cost-benefit analysis involving human life is very prevalent in today as well as back in the 70’s when the Pinto problem occurred J U S T I C E - The problem is whether or not it is right to place a price on human life.- To the Ford Company, they believed that placing the number on human life was necessary in order to save money and get the product out the fastest to the greatest number of people.- It is argued that it is morally wrong to place a dollar value on human life- In order to get the most product out for public in general while keeping spending at its lowest it was necessary for Ford to perform a cost-benefit analysis on the car. Free speech or hate video? We believe it is wrong to place a value on human life because of all the subtleties that a cost-benefit analysis can’t account for. -->In the early 1970’s Ford released its new sub-compact car to the public: the Pinto. -in the event of a rear collision the Pinto’s gas tanks would rupture, and burst into flames. -“More than five hundred people died when their Pintos burst into flames, and many more suffered severe burn injuries” (Sandel 43) -->The cost of installing safety features on each of the vehicles to prevent the gas tank from exploding would cost $11. Ford calculated that spending $11 on 12.5 million Pintos would cost them $137.5 million. Ford then performed a cost-benefit analysis by estimating that they would pay $200,000 for each life lost as a result of the accident and only $67,000 for each burn victim. They then estimated that only 180 people would be hurt and another 180 people would die. That added up to only $49.5 million as compared to the $137.5 million it would cost to improve the cars safety. In the end Ford decided to keep quiet and not add the safety feature. -> Nakoula Basseley is now under arrest for violation of his probation. Group Definition of "Justice:" Doing the right thing with in the boundaries of one’s own moral compass as well as within the law of the community. Exploding Gas Tanks in the 1970s Ford Pinto 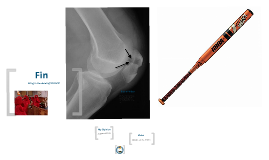 Transcript: Bring in the dancing lobsters! Fin Bias of Video www.youtube.com/watch?v=5_5xURbHMYg Video In my opinion i think that Richard Jr. was wrongly accused of second degree murder, I think he should have been set free because he was defending the life of an elderly citizen. Plus when interviewed, witnesses stated that Campble made the first move by attacking Richard DiGuglielme Senior. Ex Cop Fights Life Sentence in Bizzare Murder Case H.O.T Question My Opinion Imagine you were in Richard Diguglielmo's postion on that night in 1996, how would you react at the scene? Would you have acted differently? If so, what would you do? Summary Ex Cop Richard DiGuglielmo was sentenced to 20 years to life in jail for the murder of Charles Campbel in 1996. Richard Jr. had just gotten off of his shift when he decided to go see his elderly father Richard DiGuglielmo Sr. who was recovering from a heart attack at the family deli. While Richard Jr. was inside the building with his father Charles Campbel had just arrived at the deli and parked in one of the "Parking for Patrons Only" spots. Richard Sr. having been scolded by fellow business owners who complained that his costumers have been taking their business parking spots saw Campbel park and immediately went out side to ask him to move. Campel refused to move his car and went inside to purchase a pizza, while the car owner was inside Richard Sr. decided to do what he had been advised by near by police officers to do, put a "no parking" stickers on the vehicle. Seeing what the old man did Campble quickly ran to his car and began yelling at the store owner, Richard Jr. rapidly got in the middle of both men to stop the fight and thats when amature boxer Campble threw the first punch. When the argument seemed to be over both Richard Jr. and Sr. went back into the store while Campble was walking to his car to leave... or so they thought. That's when Richard Sr. went to go give Mr. Campble back his jacket and cellphone which he had removed during the argument, that's when Cample pulled out his metal bat and struck Richard Sr. twice shattering his knee and cracking his wrist. When Richard Jr. saw what had happened his cop instincts kicked in and he shot Charles three times in the chest. Richard was sent to 20 years to life in Jail, but in 2008 he was released and set free by Judge Bellatoni. Richard was a freeman for two years and with in that time married and found a job, but the NY Supremer Court took Diguglielmo's case and sent hime back to jail. I believe the video is bias towards Richard D. Jr. becuase of the expression the new reporters use and the emotion the give. I think they use pathos when they talk about how he was defending his father, and that when he was released he had just gotten married and gotten a job. 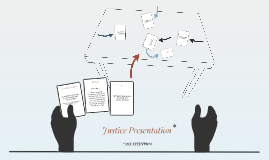 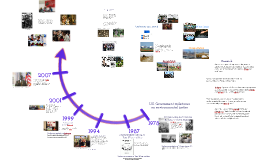