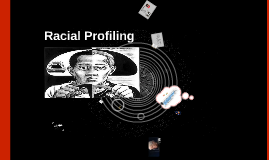 Transcript: According to many law enforcement agencies, current president elect, Donald Trump and former Mayor Rudy Giuliani, racial profiling is an effective strategy that has shown improvements and reduced crime in urban areas 43 years old New York selling loose cigarettes. "I can't breath" FEEL FREE TO COPY & PASTE THEM! Here are some extra assets : Racial Profiling is ineffective in law enforcement What is Racial Profiling The Fourteenth Amendment (Amendment XIV) to the United States Constitution was adopted on July 9, 1868, as one of the Reconstruction Amendments. The amendment addresses citizenship rights and equal protection of the laws, and was proposed in response to issues related to former slaves following the American Civil War. Racial profiling is the discriminatory practice of law enforcement officials targeting someone based on their race, ethnicity,religion or national origin. Racial Profiling Eric Garner add logo here 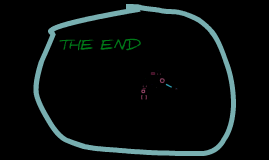 Transcript: Thomas Jefferson Memorial Thomas Jefferson's ideas and beliefs were the foundation to the structure of our government today. Life Stats Through 1784 to 1789 Thomas Jefferson succeeded Benjamin Franklin as a Minister to France, and witnessed the downfall of the French evolution. Thomas Jefferson's Role in American Revolution -served Continental Congress -served as a legislator for Virginia and as a secretary of state Who Was Jefferson? The man who gave birth to the nascent (new) nation still searching for its name... Why Did Thomas Jefferson Deserve a Monument? President Franklin Roosevelt believed that a person of such magnitude deserved a memorial. -1943 Roosevelt asked commissions of Fine Arts about the possibility of erecting memorial of Jefferson The Memorial After Congress approved 3 million dollars for the memorial a design by John Russell Pope was chosen for the memorial in 1936. Jefferson's importance demanded the memorial site to be a place of prominence in the Capitol City, equal to the Washington Monument and Lincoln Memorial. The placement of the memorial is in Tidal Basin, a man made inlet. Dedication of this memorial was on April 13, 1943, the 200th anniversary of Thomas Jefferson's birth. The memorial stands at 129ft with a dome thickness of 4ft. Design of the Monument Adorning the interior of the memorial are five quotations taken from Jefferson's writting to illustarte the way he dedicated himself to living his life. Monument Intention The intent of the monument was to integrate Thomas Jefferson's contribution as an architect, President, statesman, drafter of the Declaration of Independence, advisor of the Constitution, and founder of the University of Virginia, among other things. The Japanese cherry trees outside of the memorial were presented as a gift from Toyo, Japanto, to the City of Washington, DC in 1912. On the triangular pendant featured on the statue, is Adolph Weinman's portrait of the five members of the Declaration of Independance drafting committee, submitting in a report to congress. Thomas Jefferson died on the 50th anniversary of the Declaration of Independance in 1826; just a few hours before John Adams died, that same day. American Identity This memorial has a great importance to the American Identity because it symbolizes all that Thomas Jefferson did for his country and how he helped shape it. Without the memorial, the concept of how important Jefferson’s contributions were would not be fully grasped. Jefferson is part of our history; without the Louisiana Purchase America would be smaller. The new land helped extend America’s economic independence. His beliefs contributed to some of America’s freedoms. For example, the United States practices separation of church and state; the country maintains a balance of power between the federal government and states rights; and Jefferson’s ideals made education available to all. -freedom of religion, with seperation of church and state -barely escaped capture by British in 1781 -democracy The bronze statue of Thomas Jeferson, sculpted by Rudolph Evans stands 19ft tall and weighs five tons. It was first created out of plaster because metal was being rationed for WWII. After it was replaced with the bronze replica. Vice President under John Adams from 1797 till 1801. -supported state rights -opposed Alien and Sedition Acts 1779-1781 War time Governor of Virginia -sponsored Lewis and Clark expedition to mouth of Columbia River Thomas Jefferson was also a politician, architect, writer, musician, scientist, and inventor Born- April 13, 1743 at Shadwell hospital in Albemarle County, Virginia Roman Pantheon -equal rights -education aviable to all -negotiated Louisiana Purchase The outside of the memorial is created out of Vermont marble. Inside the memorials walls are lined with white Georgia marble. The statue rests on Minnesota marble surrounded by pink marble from Tennessee. The monument was designed after the Roman Pantheon because Jefferson was the one to introduce this classic style into America. John Russel Pope opted for a neoclassical dome and portico base due to Jefferson's support of this classic Greek architecture Jefferson Memorial THE END Cool Facts 1801 to 1809 Jefferson was president A firm beleiver in: 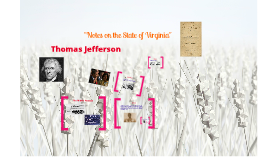 Transcript: Thomas Jefferson "Notes on the State of Virginia" Political "This greater degree of transpiration renders them more tolerant of heat, and less so of cold, than the whites" (44). Historical "Epictetus, Terence, and Phaedrus, were slaves. But they were of the race of whites" (46). Physical Solution "...and to declare them a free and independent people, and extend to them our alliance and protection..." (43). Mental "Religion indeed has produced a Phyllis Whately; but it could not produce a poet. The compositions published under her name are below the dignity of criticism" (45). "...will divide us into parties, and produce convulsions which will probably never end but in the extermination of one or the other race" (44). The Middle Passage