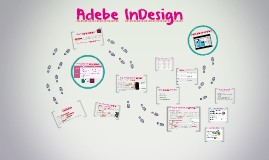 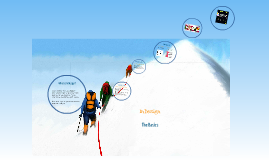 Transcript: InDesign 05 The Basics What is InDesign? InDesign 03 & 04 Text Advanced Settings Work on posters Basic text settings Choosing font and kernel Optimising fonts, character and paragraphs (alignment, font, size...) InDesign 01 & 02 •Document creation •Changing the units& increments of a newly created document •Zoom in and out •Frame creation •Placing a picture to fill up the content of the frame •Placing a picture in a “free” way ••Optimising pictures (rotate, scale, place, crop...) Text Threads Text Wrap Work on postcards Adobe InDesign is a software application that is used to create works such as posters, flyers, brochures, magazines and books. It is used by designers to combine text and images. InDesign 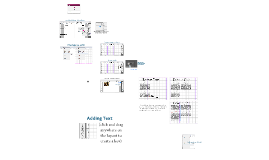 Transcript: Ctrl + I This is a double page spread, 2 pages side by side in one document. & 300 dpi for print! Centre Preview vs. Grid InDesign has spell check :) This works better than creating separate text boxes and dividing the text amongst them yourself because it links the two boxes, allowing you to change the text later without reformatting the boxes. First, click the frame/box tool. Then click and drag anywhere on your layout. Outside Adding an image to a layout (click and drag anywhere on the layout to create a box) (Links Panel) Inside Some Basic InDesign Tools & Options Adding a stroke (Press Ctrl + D to choose an image) Make sure the image is the right size for the box Adding Text 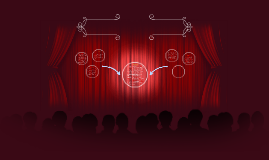 Transcript: Examtime Photoshop When I was making the magazine for the premilary task I hadn't really used photoshop before so it gave me a bit of experience before making my music magazine. Now I can put more effects of photos to make them have a higher quality Before starting music magazine research i had never use examtime. I used it in my planning as a mind map to show what I would include on my front cover e.g. colour scheme of my magazine. I think it's a good site to go on rather than writing by hand a mind map as you can easily add and remove ideas from it. It's also easy to make colour so your work looks presentable Blogger Indesign played big part when construcing my magazine as it's the software I used to create it. You could easily make a magazine using word, however it would look no where near as effective as making the magazine on indesign. this is because indesign allows you to be very specific. For example on word you can increase the font size but on indesign you can actually choose how wide and high individual letters are. it also allows you to be very specific where you place photos and the size of them which you wouldn't be able to do using something like word. Prezi is also very good for presenting your ideas in a different way. It's more fun than just typing them up in a word document and it's really easy to use. Like examtime it's easy to add or take away anything you dont like which is better than when you've written it by hand as you would have to start again. I think it's going to become very popular for businesses, schools and colleges to present tinformation in a different way. Prezi Slideshare Indesign The main thing i have learnt to usse in the contruction on my music magazine is blogger. This is because everything i made towards i had to upload to blogger. Some things were easier than others. Obviously an easy thing was writing on blogger which i could do without learning, but things like embedding prezi, examtime and slideshare was something i learnt when i started the premilary task.. Now i've finished the music magazine embeding things on my blog is very easy and quick for me to do. I have found slideshare very useful for previous question of my evaluation because you can produce a normal powerpoint, upload it to slideshare and embed in on your blog. It's also helpful if you need ideas as you can see everyone elses powerpoints. Which is how everything is now- you can find whatever information you want on the internet. 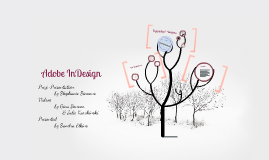 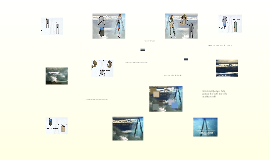 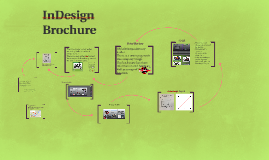 Transcript: Gutenberg's Layout 2nd Scamp Attempt Paper Size Headings My frames and images are snapped to the grid. My body text is consistent throughout the document. I also ensured that my background frames are places to bleeding margins. 1st Scamp Attempt Each heading I used was in green text with a black boarder. This corresponded with the green gradient background I used on the leaflet. I used 5 headings, I kept the amount minimal to avoid bombarding my readers with too much information. Each heading was placed above the text box or photograph that followed. The size remained consistent, 24 (content 12) What did you do differently? What did you learn? Changes made? Learning outcomes? Learning Outcomes Back of Leaflet Front of Leaflet Brief Review Most important lesson? Patience Proximity, alignment, similarity & repetition What would you do differently? Most proud of? My brief organizes my leaflet. There is a cover page with the company's logo. The back page has store information and hours as well as a map of the store location. The inner pages of my leaflet includes photos of bikes the company sells. There is a section for Pre Owned Inventory with the description of the bikes and their prices. The Gutenberg Diagram The Gutenberg diagram describes a general pattern the eyes move through when looking at evenly distributed, homogenous information. Read that last part again. The pattern applies to text-heavy content. Think pages in a novel or a newspaper. The pattern isn’t meant o describe every possible design. InDesign Brochure The most important thing when designing the leaflet is consistent measurements/sizes in reference to the photos and text boxes. If there is inconsistency printing will be affected. Grids Philadelphia Cycle Center 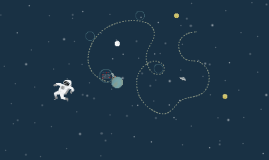 Transcript: InDesign is a powerful design program with so many tools and features it can a bit tricky to find a topic to begin with. The last Version came out is Adebe InDesign CC 2014. MS Publisher VS InDesign What is InDesign ?