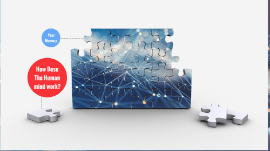 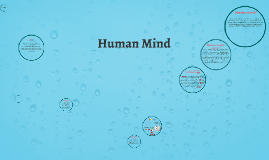 Transcript: Wikipedia Youtube Don't think of a black dog with silky fur and a long, shining tail. You just thought of it and saw it in your head, didn't you? Scientists are still, STILL, trying to figure what makes this possible. Einstein says "I believe in intuition and inspiration. Imagination is more important than knowledge. For knowledge is limited, whereas imagination embraces the entire world, stimulating progress, giving birth to evolution. It is, strictly speaking, a real factor in scientific research." and to be honest, I agree. This is what controls what you think, feel, see, all senses in one, Sometimes it's scary, others, just confusing. Hello There's a few websites on this and it just sums up to A. Insanity and crime wouldn't be a thing. Okay, that one is pretty awesome. Without imagination you couldn't be considered crazy and I doubt people could steal without thinking of consequences, which you need to, once more, imagine. B. People would be stupid. Pretty sure that's a given. Einstein said it himself! "For knowledge is limited, whereas imagination embraces the entire world, stimulating progress, giving birth to evolution. It is, strictly speaking, a real factor in scientific research." What does it do for us? Books Imagination Human Mind Sources What if imagination didn't exist? How does it work? Part 2 of the last one because there was no space at all. Colours are come from the visibility of the light spectrum and are seen with the THZ field. It would be impossible for us to think of any more colours... UNLESS our sight of the bandwidth of light increased. Until then, though, we are stuck with the colour wheel we have right now. The only reason a child who had never seen Purple before could imagine it is because it's a mix of 2 simple colours. I think we all know the answer to this one. Say your friend was avoiding you for a week. You would think that they don't really appreciate your company anymore. Which would make you upset or angry or if you REALLY despise that... thing you call "Friend" and they somehow believe that you care about them even the tiniest bit, you would be happy. Maybe. Thoughts control our emotions and emotions control out actions and lives. It's pretty obvious that thoughts control us and we control our thoughts. There's been studies that, when motivated, people get higher scores on an IQ test than when they weren't. Rewards = Happy = Positive thinking, for some. It really depends on the reward and how the people are feeling. If we can imagine ANYTHING, why can't we think of a new colour? Like I said in the last slide, scientists haven't the slightest clue, minus that it's located in the part of the brain that manipulates imagery, how it works. Studies have been done and it's almost as if it's created in thin air. However, it is known that without it, life would be COMPLETELY different than what it is right now. Google More than you realize, actually. For example, say you just heard a bloodcurdling scream. Your brain would create a story based on the situation, lighting, surroundings, even your clothing. If it was night and you were somewhere not very safe or you're paranoid after something, chances are you think that person is in danger. However, if it's bright out and in something like a dusty house or somewhere old, you might think it's a spider or a bug. That isn't it, either. It controls ALL your 5 senses, like what you see. Hallucinations are things that you think you may have just saw but really haven't; same with Auditory hallucinations, but instead of seeing, it's hearing, hence the word "Auditory". There's also Phantom limbs, thinking you feel something where you can't feel anything. There's just a whole bunch, so in the end, you could say you don't control yourself, but your brain does. How would it work? Yahoo Answers C. The world would be dull and dangerous. You would need to think up ways to keep you and your species safe. Sure, you'd probably grab a rock or something okay, but nothing serious. There would be less intresting objects, 0 to no art, very few good looking buildings and boring clothing, if not animal pelts. This is about the human mind (obviously); mainly focusing on Imagination and whatever. Would our thoughts effect us? 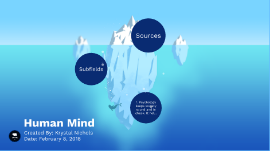 Transcript: Human Mind Created By: Krystal Nichols Date: February 8, 2018 http://psychosl.blogspot.com/2012/07/subfields-of-psychology.html Sources Sources Health Psychology focuses on good mental health. It diagnosises and treats disorders as well as pinpoint if they are family related. Subfields Subfields Education Psychology teaches people about matters relating to the subject. It improves how people are taught and comes up with new theories. Positive Psychology focuses on making people happy. A study includes how the mind has evolved through time. How Psychology Benefits Society 1. Psychology keeps society sound and in check. It hel... 1. Psychology keeps society sound and in check. It helps people overcome and allows them to move on. 2. Psychology helps people understand what is not known about their behaviors or habits. 3. Psychology helps people have normal lives and find good happiness. 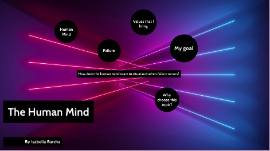 Transcript: The Human Mind How does the human mind react to situations when failure occurs? By Isabella Barcha Human Mind Human Mind When talking about human mind we talk about what generates our actions, produces our thoughts and develop our judgement towards everything that surrounds us. The human mind reacts differently to the different situations, in this case I would like to discuss how it gets affected when we fail. Failure Failure Failure is the condition or state of failure to achieve an intended objective and may be regarded as the opposite of success. Values that I bring Values I bring By doing and researching this project I can bring knowledge to the audience and provide them with facts that they didn’t know about the human mind and what it can achieve. The human mind is the tool that helps us develop everything that we think about and what make us act the way we do. My goal in this project is to show people the importance of the human mind and to demonstrate them all of the emotions and feelings that that the human mind generates by the things that happen to us on a daily basis. My Goal My goal Why choose this topic? Why choose this topic? The reason that motivated me to pick this topic was because I’ve always been interested in how the human mind works and how it functions. Also, I also wanted to know why humans act the way they do in their day to day situations. More specific, I'd like to research and learn how the human mind reacts to failure, why do people give up when they fail once and how they let failure overcome them. 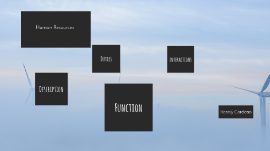 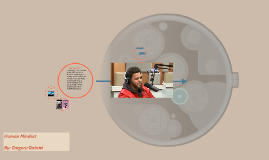 Transcript: what is psychology Have I built my character? free response Free thinking How does the mind work Who am I really? FREE SPIRIT Human Mindset By: Gregory Gabriel Psychology is the scientific study of the mind and behavior. Psychology is a multifaceted discipline and includes many sub-fields of study such areas as human development, sports, health, clinical, social behavior and cognitive processes. If this were the last day of my life, would I want to do what I am about to do today? 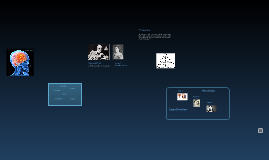 Transcript: 'The importance of free association is that the patients spoke for themselves, rather than repeating the ideas of the analyst; they work through their own material, rather than parroting another's suggestions' Perception Imagination Freud's patient Amnesia HUMAN MIND FREE ASSOCIATION Aphasia Anna O. Neurologia and his theories of the unconscious mind Sigmund Freud Emotion Pharalysis Reason Attention Memory Eaten Disorders