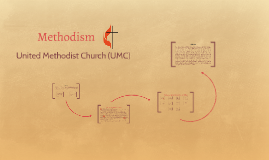 Transcript: John and Charles Wesley went to America to teach the gospel to the American Indians in the colony of Georgia. In less than two years, the "Holy Club" disbanded. John Wesley returned to England and met with a group of clergymen he respected. He said "they appeared to be of one heart, as well as of one judgment, resolved to be Bible-Christians at all events; and, wherever they were, to preach with all their might plain, old, Bible Christianity". The ministers retained their membership in the Church of England. Though not always emphasized or appreciated in the Anglican churches of their day, their teaching emphasized salvation by God's grace, acquired through faith in Christ. Very quickly, these clergymen became popular, attracting large congregations. The nickname students had used against the Wesley's was revived; they and their followers became known as Methodists History John Wesley The UMC supports federal funding for research on embryos created for IVF that remain after the procreative efforts have ceased, if the embryos were provided for research instead of being destroyed, were not obtained by sale, and those donating had given prior informed consent for the research purposes. The UMC stands in "opposition to the creation of embryos for the sake of research" as "a human embryo, even at its earliest stages, commands our reverence." It supports research on stem cells retrieved from umbilical cords and adult stem cells, stating that there are "few moral questions" raised by this issue. The UMC does not see abortion as an acceptable practice. They uphold the sanctity of human life of both mother and child. Bearing a child is a gift from God. Because the church does not accept abortion they will strive to help members find feasible alternatives regardless of the mothers choice. Military Service Methodism is based off of three major beliefs: Saints Methodists believe in and accept diversity among their beliefs and others beliefs. The United Methodist Church allows for a wide range of theological and political beliefs. Many practicing United Methodists believe this flexibility is one of the UMC's strongest qualities. War The United Methodist Church's understanding of a "saint" is not unique among Protestants, yet differs significantly from the Roman Catholic view. Methodists do not have a process for electing people to sainthood. They do not pray to saints, nor do they believe that saints serve as mediators to God. The denomination considers all faithful Christians to be saints. Methodists also honor notable heroes and heroines of the Christian faith and look to these prominent saints as providing examples of holy living and commitment to Christ that are worthy of imitation. Such exemplary saints include martyrs, confessors of the Faith, evangelists, or important biblical figures such as Saint Matthew, Salvation Army Founder William Booth, African missionary David Livingstone and Methodism's revered founder John Wesley are among many cited as Protestant saints. The church condemns the death penalty, saying that it cannot accept retribution or social vengeance as a reason for taking human life. The Church also holds that the death penalty falls unfairly and unequally upon people including the poor, the uneducated, ethnic and religious minorities, and persons with mental and emotional illnesses. In the bible Jesus calls upon his followers instead of taking out a mans eye if he takes out yours to turn the other cheek. Methodism Gambling The UMC does not completely abolish alcohol from members lives but they do suggest avoidance of it. They see drinking as dangerous. It is disliked because the UMC sees alcohol as disrespecting the body God blessed you with. In fact in the Holy Sacrament of Communion the church uses grape juice instead of wine, also opening the holy table to people of all ages. The United Methodist Church has a strong history of disagreement about the topic of homosexuality. The United Methodist book of discipline states that the church "affirm[s] that all persons are individuals of sacred worth, created in the image of God" and encourages United Methodists to be in ministry with and for all people. Therefore the church is called to accept all who wish to be a part of the church. However Jesus Christ specifically stated that marriage is to be between one man and one woman. So the UMC is opposed to same sex marriage. The majority of church members are also opposed to homosexual dating and intercourse, being that sex is only allowed within marriage and homosexuals cant get married. Stem Cell Research Capital Punishment Beliefs of Other Issues in the UMC United Methodist Church (UMC) Pornography The United Methodist Church maintains that war is incompatible with Christ's message and teachings. Therefore, the Church rejects war as an instrument of national foreign policy, to be employed only as a last resort in the prevention of such evils as genocide, brutal suppression of human rights, and 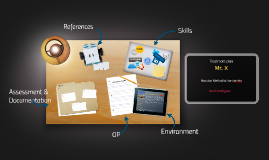 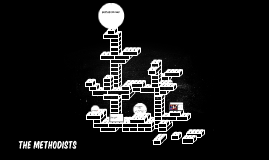 Transcript: The Methodists only believe in two sacraments they believe in the lords supper and baptism The Methodists are a formal church because they where passionate in their how they believed in God HOW DID THEY WORSHIP GOD what sacraments do they follow What did you lean THE METHODISTS intro to Methodists church This is what the Methodists church looks like from the inside thanks for watching what does the church look like inside Methodism is the name given to the group of churches that was given and lead by Wesley brothers in the 18th century. At first the Methodists where known as troublemakers but now they are known as an respectable church 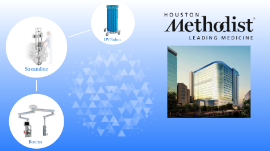 Transcript: Booms ICU BOOM (Articulating Head Wall) KEY FEATURES INCLUDE • Only one mounting structure required, minimizing any conflict in the ceiling with patient lift systems • Both equipment carriers achieve head-to-foot coverage on either side of the patient • Both upper and lower arm provide an equipment carrier and optional flats-screen display or patient vitals monitor • Ability to adjust position of the bed according to healing requirements, without sacrificing equipment and utility access 360° Equipment Coverage More Access, Less Cost Simple Positioning Maximize Space Utilization Streamline Streamline IV Suspension System SAFE • Transport employees can grasp the bed with both hands • Ergonomic design lessens the load, reducing the physical stress and repetitive use injuries FAST • The ISS Pole’s wheels never touch the ground once it’s connected to the bed, promoting easy, two-handed maneuverability • The 105 lb capacity system transport can be handled with one ISS Pole and one person UV Robot Best UV Light Disinfection Robots in the Industry Testimoials 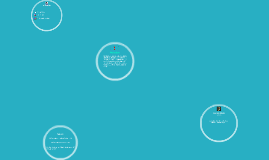 Transcript: First: doing no harm The General Rules John Weasley is the co-founder of Methodism. John was a priest in his early 30's. Methodism Methodism is a religion that is related to Catholic, but a little different. Methodism was formed in 1744 C.E. The origin of this religion is England. Methodism has more than 70,000,000 followers. It's deity is God/Trinity. The religion's sacred text is the bible just like the Catholic's sacred texts. It has no headquarters/multiple. http://www.patheos.com/Library/Methodist.html 1703-1791 About John Weasley Third: by using the means of grace http://www.umc.org/who-we-are/history Second: by doing good Sources http://christianity.about.com/od/methodistdenomination/a/methodishistory.htm 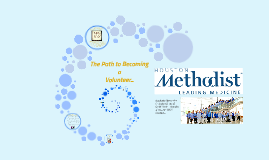 Transcript: Stephanie Hernandez Graduate College of Social Work- University of Houston MSW Candidate The Path to Becoming a Volunteer... Making a difference Everyone has talents and and skills that can be utilized. Volunteers are a critical part of many organizations, without volunteers we wouldn't be the hospital we are today. Sense of community Socialize with like minded individuals who have similar interests such as yourself. Meet new people who may otherwise never meet. Compensation may not be monetary but in the forms of "thank yous", hugs, and other priceless forms. How do I get started? Why Houston Methodist? Application (online or paper) Pre-screen phone interview Attend personal interview, health screen and orientation Assignment and training In 2012, 1 in 4 Americans volunteer. 64.5 million Americans volunteered nearly 7.9 billion hours last year. Anyone can make a difference when they adopt a commitment to service. (Volunteering and Civic Life in America) “The best way to find yourself is to lose yourself in the service of others.” Mohandas Karamchand Gandhi Volunteer Bill of Rights Just like an employee, we value your contribution and rights as a volunteer. You are truly important to us. Each Volunteer at Houston Methodist has: The right to a suitable assignment The right to training for a position The right to continuing education on the job The right to a variety of experiences The right to be heard The right to recognition How Can I be Involved? Letters of Recommendation:. Special Events: Speakers from Houston Methodist Hospital will address the volunteers at their service recognition luncheons and assembly meetings. 15% off purchases at hospital cafeterias, valid at The Market Place, The Bistro and Blue Water Café. Free Parking: Parking will be provided while volunteering. Free Flu Shots given annually in October. Notification will be sent to inform volunteers of the date, time and location. Free TB Screening will be scheduled prior to beginning volunteer work and updated annually Free Computer Classes Free CPR Certification Participation in National Volunteer Event Meal Tickets upon completion of four hour shift Houston Methodist Wellness Center upon completion of 200 volunteer hours 20% discount on most items at Christy Optical Free Personal Wellness Profile Houston Methodist understands that volunteers are a critical part of the facility. There are over 400 diverse volunteers who serve according to their passions and interests while demonstrating Integrity, Compassion, Accountability, Responsibility and Excellence. “Everybody can be great...because anybody can serve. You don't have to have a college degree to serve. You don't have to make your subject and verb agree to serve. You only need a heart full of grace. A soul generated by love.” ― Martin Luther King Jr. Volunteering is about.... Benefits of Volunteering Be a Part of Something Greater! At Methodist, we want to tailor your volunteer experience to your personal passions and skills. Some opportunities include: Administrative office work, human resources, arts, music therapy, tours, patient visitation, and special events. Programs Include: Caring Teens- teens between the ages of 15-18. Partners in Service- 3 hours/month for 6 months. Nights and weekends are available as well! Houston Methodist Hospital Auxiliary and the Houston Methodist Hospital Service Corps 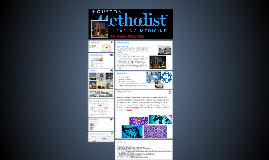