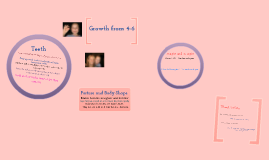 Transcript: Grow 2 1/2 - 3 inches each year Most children gain 4- 5 pounds each year Bodies become straighter and slimmer Legs become straighter and firmer, lengthen rapidly Balance and Coordination improvement They run and walk with thier hands at their side. Teeth Larger PERMANENT TEETH generally appear about this time Primary teeth are lost and replaced with permanent teeth Children will eventually have 32 teeth to replace the 20 primary teeth 6 year old molars are the first molars, new teeth not replacements for lost teeth teeth are lost in the same order they came in Thumb Sucking Use thumb sucking to cope with stress Generally stop on their own It is best to ignore the behavior after 5 thumb sucking may cause changes in the line up of teeth Height and Weight Posture and Body Shape Growth from 4-6

Transcript: Their emotional development is often stormy and in conflict and they are trying to establish themselves and their identities. By age six the average weight is 45 pounds and the height is 46 inches. At ages 1-2 the child starts to become self-aware and the affect they have on objects and other people. Also at this age limits are set and the child will either follow them or break them. Children will start to feel impatient and frustrated because they try to push their limits. They will also throw "temper tantrums" when they are angry. In their early childhood kids start enjoy spending time with others and they don't fear separation from their parents. LATE ADULTHOOD A sudden "growth spurt" can cause rapid increase in weight and height. A child can gain about 25 pounds and several inches in just a few months. Muscle coordination doesn't advance as quickly causing awkwardness and clumsiness in a child. This age group is where puberty sets in and the child's body starts to change. In early childhood the muscular system gives the child a more adult appearance and the muscle coordination lets them run, climb and move more freely. Between ages 2 and 4 most kids learn bladder and bowel control. YEARS 40 TO 65 AKA "Middle Age" is where people's hair starts to gray and thin out, their skin begins to wrinkle, muscle tone starts to decrease, hearing loss begins, vision starts to go and weight gain occurs. Women of this age group go through menopause(end of menstruation). People in this age group are usually more confident in their decision making and excellent at analyzing situations and being able to cope with many different stresses. Usually people are content and satisfied with life or it can be a time of crisis. The emotional foundation of past stages determine the emotional status of this period. The social development can go either good with family and work relationships become stronger over time or bad with divorce or the kids moving out, or even death. EARLY CHILDHOOD BIRTH TO YEAR 1 SEPTEMBER 26, 2012 MIDDLE ADULTHOOD Diversified Health Occupations by Louise Simmers Children learn about loyalty, honesty, values, and morals and begin to make better judgements. EARLY ADULTHOOD This is the most productive life stage, your physical development is basically complete and your muscles are strong and your coordination is at its peak. This life stage is the best time to have a child. This age spends their time on being independent, making their career choices, establishing their life choices, gets married, and starting a family. People from 20 to 40 are put under stress by their career, marriage, family and other stresses but they learn to cope with these worries from past development in previous stages. People start to move away from their young groups they used to hang out with and start to hang out with people who have the same ambitions and interests. This stage is often called the traumatic life stage. Toward the end of adolescence, self-identity has been established, and they feel more comfortable with who they are and they start to focus on who they want to be. This is the age where the children lose their baby teeth and gain their adult teeth. YEARS 12 TO 20 In the later years of life the physical development is on a decline. Age spots start to appear and usually the skin dries out, becomes wrinkled and thinner. Your bones become more fragile and brittle which makes them easier to fracture. Muscles starts to lose tone and strength, and you can get Alzheimer's disease and Arteriosclerosis There is a wide emotional spectrum at this age one can be very happy and enjoying life with family and cope well with stress, but others become lonely, frustrated, withdrawn, and depressed. When people retire they lose their sense of identity and their circle of friends usually shrinks. Losing a spouse and friends, or moving to a new environment can change social development. Just like the earlier stages of social development the elderly need a sense of belonging, self-esteem, social acceptance and love. Physical development is slow but steady and on average gain about 5 to 7 pounds a year and grow 2 to 3 inches a year. Since most foundations have been set mental development is just increasing knowledge and a sharpening of skills Children in this age group advance rapidly in mental development and their memory develops to the point where the child can make decisions on past experiences. YEARS 6 TO 12 YEARS 65 AND UP Mental development increases rapidly since the child's life revolves around school. Their speech skills develop more completely and the child learns how to read and write. At this age kids start to spend less time with thier family and start to spend more time with their friends. Adolescence start to focus more on their physical appearence and are more harsh with each other about it causing disorders like anorexia nervosa, bulimia, substance abuse and even suicide. WORKS CITED Growth is slower here than during 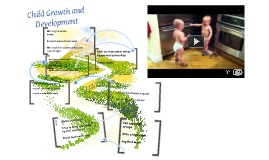 Transcript: Child Growth and Development Can say name of toys Sit in a high chair Say first word Often perfers to play with other children Walks with help Opens cabinets, drawers, and boxes Able to remember what happened yesterday Grasp rattle Will try to write name Protest when frustrated Will look for objects that are out of sign Task Walks on tiptoes Tries to solve problems by trail and error Brush teeth with help Roll over Can feed self with a spoon Smiles at self in mirror Uses 1 Word to Communicate Uses the toilet with some help May have temper tantrums fda 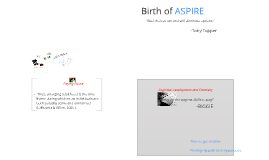 Transcript: Physical and Cognitive Development in Early Adulthood High School to College Transition Freedom or Hanging Early use of discretion Motivation Farmers Physical and Cognitive Development in Early Adulthood Students are more likely to feel grown up, have more subjects which to select. Have more time to spend with peers. Have more opportunity to explore different lifestyle values. Enjoy greater independence from parental monitoring, and challenged intellectually by academic work ( Santrock& Halonen, 2010). Playing House Thus, emerging adulthood is the time frame during which most individuals are both sexually active and unmarried (Lefkowitz & Gillen, 2006 ). Cognitive Development and Creativity Time to get creative Finding my path and my purpose. Birth of ASPIRE "Bad choices can and will eliminate options." Books VS. Streets Ervin "Tony" Topper -BIGGIE The Biggest Developmental Event in My Life Amir Sultan Nick Gordon LL Cool J -Tony Topper "Baby on the way mad bills to pay!" Different Worlds 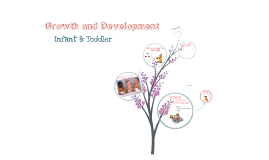 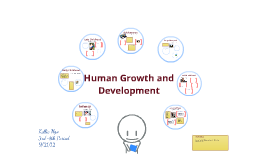 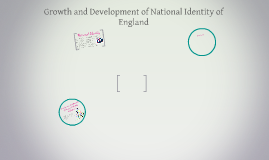