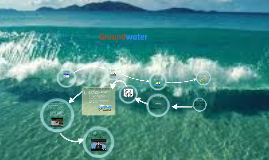 Transcript: Saturated Zone when snow melts or it rain it moves into the ground 2. Water underground that is brought up to the surface through a pump Major hot water in the Aquifer is the issue because it is hot water. Groundwater This step is e water this found under the area like under cracks and the soil. It is an area in the aquifer that is filled with water 3. Water such as in the precipitation is becoming dryer and less in this video. Spring Groundwater In this article it is stating that there is a contamination in the water by the wells. They found methane concentrations. Irrigation 1. Another step and it also in the cycle. It is large enough spaces for water to flow through waters crops by using groundwater and surface water resources. Water Table Three World-Wide Problems that make groundwater relevant Ground water is relevant in the world because there are also problems in wells, which is a step in the groundwater. Aquifer Not only in wells but everywhere there is a lot of water contamination. Well Top part of the Saturated Zone Recharge when the water table is by the surface, groundwater leaks above ground They have said this has cause leakages and earthquakes. Also has caused scarcity and water contamination. 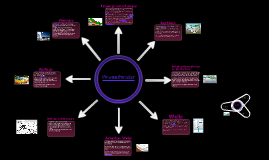 Transcript: Groundwater Underground Layers -Water underground trickles down between particles of soil and through cracks and spaces in layers of rock. -Different types of rock and soil have different sized spaces, or pores, between their particles. -Materials that allow water to pass through easily are permeable. -Materials that water cant pass through easily are impermeable. -The area of permeable rock or soil that is totally filled, or saturated with water is called saturated zone. -The top of the saturated zone is the water table. -The layer of rocks and soil above the water table is called the unsaturated zone. Aquifers -Any underground layer of rock or sediment that holds water is called an aquifer. -Millions of people obtain water from this underground storehouse. -Groundwater may travel hundreds of kilometers and stay in an aquifer for thousands of years before coming to the surface again. -How fast it moves depends largely on how steeply the aquifer slopes and how permeable the rocks are. Bringing Groundwater to the Surface -The depth of the water table can vary greatly or even over a small area of land. More water increases the the level of the water table. -In places where the water table meets the ground surface, groundwater seeps onto the surface.The groundwater may feed a stream or pond, or form a wetland. -People can also bring groundwater to the surface. Wells -Since ancient times, people have brought groundwater to the surface for drinking and everyday use. -People can obtain groundwater from an aquifer by drilling a well below the water table. -Pumping water out of an aquifer lowers the water level near the well. If too much water is pumped out too fast, the well may run dry. -New water that enters the aquifer from the surface is called recharge. Artesian Wells -In some aquifers, groundwater is trapped between two layers of impermeable rock or sediment. -If the top layer of rock is punctured, the pressure sends water spurting through the hole. -A well in which water rises because of pressure within the aquifer is called an artesian well. Springs and Geysers -A geyser spurts out hot water. Geysers and springs are found around areas with volcanic activity. Geysers shoot up towering fountains of water from underground, they also shoot up steam. -Springs form when groundwater seeps up from the ground. Springs -Places where groundwater bubbles or flows out of cracks in the rocks are called springs. -Most springs contain water at normal temperatures, but some springs contain water that was heated by hot deep underground rocks. - The heated water bubbles to the surface in hot springs. Geysers -A geyser is a type of hot spring that shoots up water periodically into the air. -A geyser forms when very hot water that has been circulated deep underground begins to rise through narrow passages in the rock. -Heated gases and bubbles of steam are forced up these passages by pressure Some ways groundwater is polluted is... -Polluted fresh water enters a well -Improper disposal in backyard, ditches, low ground, sceptic systems, and overgrown ditches. -Over fertilization -Oil spills -Random waste disposal Ways to prevent groundwater pollution... -Sweeping the streets -Clean up abandoned industrial sites -Careful adjustment of fertilizer Facts about groundwater pollution... -Groundwater pollution can spread diseases -Groundwater is a major source of drinking water but is being polluted -Cleaning groundwater pollution is very costly -Some groundwater needs to be abandoned because it is contaminated too much Groundwater Pollution 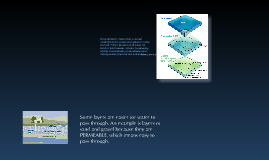 Transcript: Some layers are easier for water to pass through. An example is layers of sand and gravel because they are PERMEABLE, which means easy to pass through. Click anywhere & add an idea Groundwater is water that is stored underground in cracks and spaces in rocks and soil. Only 3 percent of all water on Earth is fresh weater. At least 30 percenty of that is contained in groundwater and mostly comes from the rain and snow. 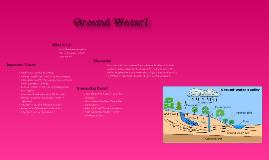 Transcript: Ground Water! What is it? Water found underground in the cracks and spaces of soil sand and rock. The cycle: Water enters the crevices and small spaces between the soil particles in the ground. It continues down into the ground until it reaches the water table, which is the point of total saturation or where all spaces between soil particles are full of water. Once below that point, the water is called groundwater. Interesting Facts! about 25% of all the freshwater on Earth is groundwater There is about 2.78 million trillion gallons of groundwater. About 1/4 of rainfall becomes groundwater People depend on groundwater as their drinking water source. Important Vocab Potable~ water suitable for drinking Pollution~ Landfils septic tanks, leaky underground gas tanks and overuse of fertilizers and pesticides can lead to unsafe groundwater drinking. Recharge~ another term for rain replenishing ground water supplies. Saturation~ the zone where water fills the aquifer. Shortage~ using to much groundwater before its replenished. Limestone~ a type of rock found in an aquifer. Spring~ naturally brings water to the surface. Irrigation- largest use of groundwater. 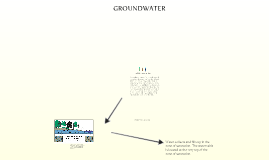 Transcript: what is groundwater? GROUNDWATER Click anywhere & add an idea Groundwater is water that is underground in cracks and spaces in soil, sand, and rock. When rain falls to the ground, the water flows along the surface to lakes or streams and some of it is used by plants, evaporates, returns to the atmosphere, and some sinks into the ground. Only 3 percent of all water on Earth is fresh water. At least 30 percent of that is contained in groundwater and mostly comes from rain and snow. Some layers are easier for water to pass through. An example is layers of sand and gravel because they are PERMEABLE. Clay and granite are IMPERMEABLE materials. Water collects and fills up in the zone of saturation. The water table is located at the very top of the zone of saturation. 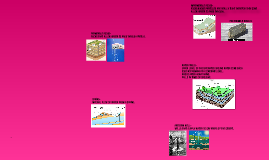 Transcript: Permeable rocks- rocks that allow water to pass through freely. Impermeable rocks- rocks whose particles are really tight therefor they dont allow water to pass through. Water table- upper level of the saturated ground water zone ehich does not remain at a constant level. raises after heavy rains. falls in times of drought. Spring- natural flow of water from a spring. Artesian well- wells that supply water to dry areas of the desert. oasis- for example basalt. 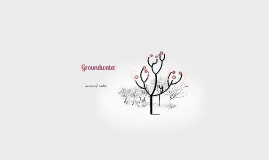 Transcript: - Rain - Rivers and wads ground water is the water which it storage in the ground Distention; water sources source of water Groundwater