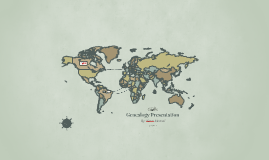 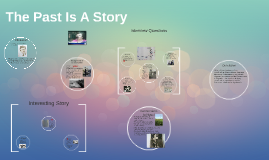 Transcript: Interview Questions Interesting Story Grew up in Livermore, Pennsylvania Lived in a two-sided farmhouse Quiet and peaceful environment Parents names - Charles and Hazel Reed One sibling - Glenda Reed Worked on the farm Enjoyed helping her family Life was "not very exciting" School had grades first through eighth in one building. My Grandma was very small for her age and the eighth graders looked like giants. Every day they would pick her up and carry her on their shoulders to school and back. She felt very safe with them. Introduction Describe your home. Give some interesting facts about your childhood home/ growing up there. Interviewed my grandmother - Donna Moore My grandmother, Donna Moore, is the happiest and kindest person I know. The hardships that she had to face helped her to become an amazing person and a great role model. My grandmother did not have many neighbors so she was very close with her sister, Glenda. Describe some of your memorable family members. Grandfather Reed-All time "buddy." Sister Glenda - They did everything together. In the novel My Antonia, Antonia had to work hard to make a living. Questions "My Unusual Means of Transportation to School" Antonia during her childhood had one close friend which was Jim. Can you remember any stories that were told to you as a child? Grandfather told her stories as a child Story about Native Americans who once lived near their farm All in all, the interview with my grandmother, Donna Moore, was very interesting. I discovered many details about my ancestors and that I was related to Pilgrims. I also realized that my grandmother experienced similar scenarios to Antonia in My Antonia. Abby Byram's Story Lived on a farmhouse. They had many animals. The farmhouse was 2-sided. Grandparents lived on the other side. It was quiet and peaceful. Abby Byram's Story Questions My grandmother constantly worked hard on the farm to help her family. Questions Background of Donna Moore What are some of your favorite/interesting stories to tell? Questions What do you know about our family's ethnic background? Related to some of the first immigrants - the Pilgrims Traced back to John Alden and Pricilla Mullins Connections to Novel Decedent of John Alden and Pricilla Mullins She was a pioneer in Western Pennsylvania. There were indications that Native Americans were in their area of settlement. Abby left the confines of the settlement with her father. Abby and her father were captured by Native Americans. The Native Americans made them a part of their tribe and dressed them in their attire. Abby reminded the chief of his daughter so he took good care of her. Abby Byram's Story Questions The Native Americans planned to take her North, believing that she and her father would get them a large reward. Their journey was one of fearful hardships. The chief wanted to make Abby his adopted daughter Abby was turned over to war officers but her father was not. Abby Byram is an ancestor of our family. Her story has been passed down from generation to generation A book was written about her story and has been passed down through our family. Conclusion The Past Is A Story 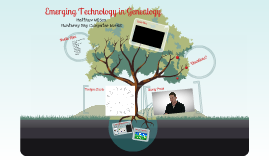 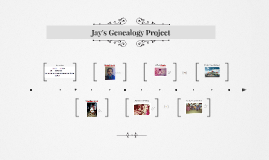 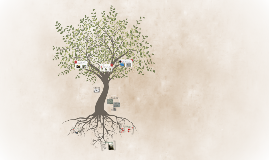 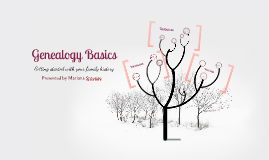 Transcript: Step 1: You Step 2: Family Step 3: Outside Resources Step 4: Preservation Talk to your family members!!! Get them to go through the pictures and write down names, dates and locations Interview them! Oral histories Maybe they can push you in the next direction Getting started with your family history Four Steps Why Bother? Resources Presented by Mariana Sprouse "Genea" means "race" or "family" and "logia" means "science" or "study of" so "Genealogy" is literally the study of the descent of a person or family. Introduction Databases National Archives Records Administration Family Members Public Library Southern Maryland Studies Center at CSM Charles County Maryland Genealogical Society Charles County Historical Society St. Mary's County Historical Society Calvert County Historical Society Enoch Pratt Free Library National Archives and Records Administration Library of Congress Preserve and Share your family history Books Take our next Class! Next Steps Local What is Genealogy? Want to know more about your family and where they come from Curious about your place in history Like the sense of accomplishment that comes with solving a mystery Want to create something to pass down to future generations Et cetera How to Preserve Your Family History Wednesday, May 28th 6:00 to 7:30pm Genealogy Basics Online Go back even further! 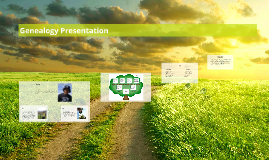 Transcript: Traits Thomas Bell THIS, is my Mom. She is literally the strongest woman I know. I put her through so much s--- in my life. I can't thank her enough for never giving up on me and always sticking by my side. She literally has been through so much, I can't believe how strong she is for still being here. I plan on making her my priority when I have money to make her the happiest. She comes before anything. Inherited Mom Thomas Bell Dad Da Fam Chaya Bell Genealogy Presentation Human Behavior Brown Eyes Curly Hair Attached Earlobes Average Height Dimples kind of I believe that human behavior is based on both instinct and learning. They both work together to mold the person that you become. Your instincts are inherited from your parents. This can include how you look at certain things, think about things, and handle situations. But what you learn can have an impact on your behavior as well because it can change what you've taken in from your instincts. This was me freshman year. I had long hair. I was fresh, I miss my long hair. I want it back, Girls say it's ugly. I don't care. Holla back. Learned Never met him. Skateboarding Music Making Hard-Working Any Sport Swag This guy. He made me the man I am today. He taught me the mentality I should have and he disciplined me when I was young and reckless. And it was some crazy discipline... He's put me through a lot but I have to thank him because I wouldn't be who I am now if it wasn't for him. Nancy Bell Fay Young Me 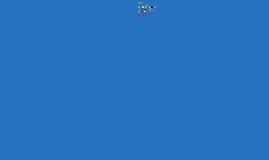 Transcript: Nathaniel's Ancestors Coats of Arms were made for telling families apart in battle. They put different symbols on to represent responsibility, courage, occupations and other ideas they wanted their family to have. Some of the symbols on them are lions, birds, stars, and trees. Mine is called the Collins crest. Most of my great great grandparents came from Ireland or Germany in the 1800s. Most came because of religious freedom or famine and war. Most of them settled in Massachusetts, Pennsylvania and Canada. Many are still in those areas even though my grandparents and I are in Florida. Some of the occupations of the first immigrants in my family were shoemaking, cultivating which means farming, tavern operator and coal mining. Another occupation was riverman. He kept the logs moving down the river to the lumber and saw mill by standing on the logs that were moving down the river. The occupations of my grandparents and parents are: engineer, midwife, and guidance counselor. For many years my ancestors have been teachers. Back in the 1800s there was a school called The Moran School that was named after my ancestors who settled in New Brunswick, Canada in 1826. My 2nd great grandmother, Margaret Flangan was a teacher in Boston in the earlly 1900s. My great grandmother Mary Hoffman taught in a one room school house in Maine in 1941. My grandmother Karen Moran taught elementary school in NH. My great uncle Patrick teaches electronics in a college in Boston. My great Aunt Lauren teaches drama and music in Massachusetts. Traditions and Stories My 2nd-great-grandmother had a recipe for chicken soup. My family still makes it today and it is one of my favorite dishes. This is the funny part of the story: She said to mix all the ingredients and let it cook while reading the Sunday newspaper. You knew the soup was done when you had finished the paper. Some of the cooking traditions that my family has are baking Congo Bars. My mother also makes nutsticks and a supper called "woodchuck", both recipes came from my great-grandmother. When my great grandmothers and grandfathers met, my great grandmother made woodchuck for "lupper." I think they thought it looked gross, but they ate it to be polite and found out it was yummy. Every year we make a different kind of icecream. This tradition goes back to my great-grandfather, Joseph Moran who made home-made icecream. Every year we go camping. This tradition goes back to my great-grandparents, who went camping. My immediate family and my grandparents started to camp for birthdays about 7 or 8 years ago. Revolutionary War soldier, John Hugus, 7th great-grandfather Logging on the Miramachi Rita Hayes and Joseph Moran 1939 shoemaker Great grandfather Edward Hoffman World War II Soldier, 1943 11 The Saxonia in 1867 Otto and Althea Reisch, 1939 Farming my mother and father 2002 my Father's parents, 1967 me Elizabeth Murray and James Connelly 1869 (3rd great grandparents) 3rd great grandfather tavern owner Michael Flanagan Clock made by my 6th great-grandfather, Jacob Hugus in 1830 Mary and Edward Hoffman , 1941 Mary Connelly Hoffman 1941, Teacher Reisch Coal Mining my mother's parents 1970 (cc) image by anemoneprojectors on Flickr