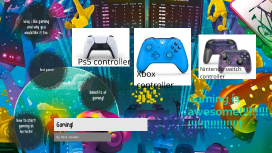 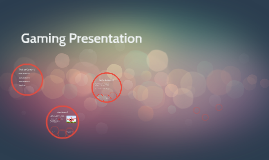 Transcript: 2. It is addicting Game Review #1 The website the game came from - http://www.freeonlinegames.com/ Game Review #1 I think it is a good game but it would be better if those few changes were made. I would give it 3/5 stars. It's a puzzle game, so you have to put a lot of thought into it. Positive Things 1. The first few levels should be easier just so you can get the hang of it. Negative things Game Review #3 I got this game from http://www.freeonlinegames.com/ 3. I like how you can collect coins for a bigger challenge. The game name- Strechi Bros Improvements What I Think Conclusion 2. Have a tutorial for the first level to show what to do. It is an arcade and puzzle game Table Of Contents Positive Things 1. It is addicting. 2. I like how as the levels get higher new things are added. 3.I like how it is an obstacle course. Game Review #2 1. It is Very enjoyable. Game Review #2 1. If the coins were not continuously flipping than it would be easier to concentrate. 2.There are to many moving things. 3.I think it should give you just a little more Gaming Presentation 3. Once the game brings in something new make it easy for the first part. 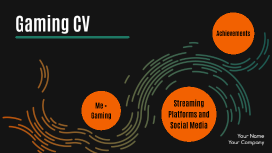 Transcript: Gaming CV Your Name Your Company Me + Gaming Esports freak Enthusiast Gamer Twitch and Youtube Maestro Creative Player Me + Gaming Dota 2 Dota 2 1 Played since the start of Dota 2 => loyal 2 Reached semi-pro level => some on hand experience with pro scene 3 10 000 hours + => True dedication 4 Esport interests => Interest The International, Major, Production, Teams, Sponsors 5 Divine 5 Rank => One more step to become Immortal 6 Dota2.cz editor in the past => some experience with news Counter Strike Global Offensive Counter Strike Global Offensive 3300 hours + => dedication to improve Good at IGL => Leading people to victory, good at managing people + resources Highest Rank: Supreme => not a noob Attended multiple offline Tournaments => knowledge how it work through fans eyes Esport enthusiast => Interest in Major, Production, Teams, Sponsors Creating crazy strategies for the team to win => Thinking outside of the box Valorant The Real Deal Comeback Valorant Chance Played through first ACT => giving it a chance, even though preference was CS:GO Interested in Valorant esport => Fan Level Came back to Valorant after esport was announced => Always interested in esport Played since start => keen to try new things Start Streaming Platforms and Social Media Streaming Platforms and Social Media Turning hobby into a job Gaming Enthusiast Twitch Using Twitch tool on daily basis Started as a normal viewer SullyGnome, Twitch tracker and more Learned how to use Twitch for business Approaching influencers and creating relationship is the main goal Found a job in gaming Youtube Working with KPI and CPM Finding the perfect fit for the games Turning watching Youtube for fun to something more productive Good evaluation of channels Learning how to work with Youtube tools like Socialblade Social Media Following trends Social Media Contacting and creating relationship with influencers and press Using Discord is an important part Experience with Facebook, Twitter and Instagram Achievements Achievements Achieve Improve Think bigger Start Small Multiple successful campaign Multiple successful influencers campaigns Horror Story Hallowseed - Small Indie budget (4-digits €). Managed to get 1,000,000+ views on Youtube Graven - Small indie budget (4-digits €). Managed to get 50,000+ CCV on Twitch and 500,000+ Views on Youtube Forgive Me Father - Small Indie budget (4-digits €). Managed to get 500,000+ views on Youtube for early access and 1,500,000+ views on Youtube, Almost 100,000+ ccv on Twitch Easter Egg and influencers integration in a game Easter Egg and influencers integration in a game In talk with an influencer for an easter egg for Lords and Villeins. Size of the influencer. Subscriber numbers: 2M+ Estimate Viewer numbers: 1M+ Creating influencers, activities, which would help our product. For example: Influencers Easter Egg in Forgive Me Father. Easter Egg for Forgive Me Father will be released during full release. We are talking about influencers activities which would be outside of companies budget. 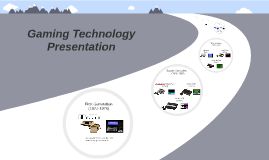 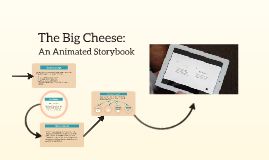 Transcript: The girl Mr. Nibbles Who is Mr. Nibbles? He is the story's protagonist. There would be no plot without him!Children will love Mr. Nibbles because he is cute and friendly. Tom and Jerry inspired the theme of my idea. Being a gaming class I was originally aiming to make a game that targeted a wider audience. However, the soft and child friendly style of my concept art guided my choice to instead create a game for young children. Sounding out words Other elements Where it started Other Characters Options for game play include: How does it work? The narrator will repeat and sound out words when they are touched. My goal for the story book is to make it as child friendly as possible. Children would be able to interact with a tablet device to read the story. The Big Cheese is an animated and interactive story book intended for young children learning to read. It has a simple format for easy use It has several language options It includes didactic illustrations The interactive element is entertaining for young children Interacting with the animation Length of story and objective Game Concept Flipping pages 10-15 pages To learn! An Animated Storybook Swipe, tap, and press the static elements on each page. Some will be hidden, can you find them? The Big Cheese: The story would be all about Mr. Nibbles running into the other characters on his quest to find lunch. The lady When ready to move to the next page press the cheese arrows! You can go back too. Chester the cat Plot Summary Home icon Language Sound 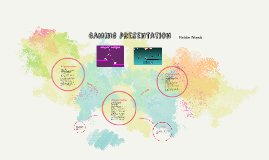 Transcript: Gaming presentation 1st slide- Table of contents 2nd slide- First review 3rd slide- second review 4th slide- third review 5th slide- conclusion Website- www.coolmath-games.com/0-sugar-sugar Title- Sugar, Sugar Type- Strategy Three positive things Have to think, Addicting, Fun and interesting. Three things that should be improved- better graphics, Add more challenges and buttons, connect and play with other people. I like this game a lot, it is really fun to play. I have to admit there are a few changes the creator of the game should make but otherwise I think it’s great for everyone. I would give this game a four out of five star rating. #1 game review Website- http://www.addictinggames.com/puzzle-games/offset-game.jsp Title- FFSET Type- Puzzle Three positive things- have to use your brain to see where the pieces fit, addicting, challenging. Three things that should be improved- have more pieces, hints, have rewards after each level. I really like puzzles but this game make puzzles way more fun. Its challenging but easy for every one. All these games were really fun to play and I loved the presentation set up. I uld love to play these game again soon. Website- http://www.gamesonly.com/action-games/geometry-dash-online.html Title- The impossible game Type- Strategy Three positive things- Have to have quick reflexes, have to think ahead, good quality. Three things that should be improved- make more interesting, have more levels, make it harder to die. This game is quite addicting but it is very hard and many people find it frustrating. I personally find it challenging. I would give this game a three out of five star rating. #2 game review Natalie Woods Table of contents Conclusion #3 game review 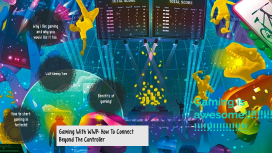 Transcript: Gaming With WWP: How To Connect Beyond The Controller WWP Alumni Gaming Team WWP Gaming Team Natalie Wooley nwooley@woundedwarriorproject.org Dan Ruppert druppert@woundedwarriorproject.org Mike Karnowski mkarnowski@woundedwarriorproject.org Benefits of gaming! What Does Alumni Gaming Do? Discord Community Events and Experiences Connect gamers to services, other veterans, and opportunities in the field Professional development classes and cohorts Live-streaming Women Gaming Initiative Benefits Connect with other like minded individuals Improves Mental Health Helps with memory, dexterity and often used for rehab. Helps overcome feelings of isolation. Career opportunities FUN!!!! ""Gaming is my outlet to be free and be myself. It has always been my outlet for anything that I personally go through. To be able to connect with others like me — it's great!" What Platforms Can You Play On? Gaming and Live-streaming Platforms PC Xbox Playstation Switch Mobile Phone Tablet Browser Twitch Facebook Gaming YouTube Gaming Live-streaming Platforms How To Connect With Discord Discord Discord is not just about gaming. Visit: discord.gg/woundedwarriorproject Message: [WWP] Natalie your name and e-mail React with a thumbs up to the rules Connect as much or as little as you want