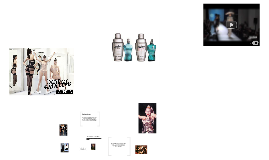 Transcript: Became known for iconoclastic designs such as the male skirt, corsetry worn as outerwear, and tattoo-printed body stockings. The classics of Parisian fashion are also central to his repertoire, particularly the trench coat and le smoking. JEAN PAUL GAULTIER Born in 1952 http://www.jeanpaulgaultier.com/brand/en#page-brand/ His wardrobe for Madonna's Blonde Ambition tour of 1990 that made him world-famous. Especially the design he created for the famous Conical Bra. In the early '70s he trained under Pierre Cardin and Jean Patou, eventually launching his own ready-to-wear collection in 1976. Perfume Line In Addition to his clothing line he also started a perfume line which includes: Le Male, Classique , Ma Dame, Fragile, Fleur Du Male, Monsieur, and his unisex fragrance Gaultier. 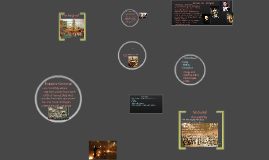 Transcript: Large Population-20 million (largest in Europe) Disease Civil unrest Problems collecting taxes Food Shortage-bad harvests because of hail storms Main Causes French Revolution The Reign of Terror By Kelsa Berkland and Trevor Feckers An idea here was proposed that the more privileged classes should pay taxes Problems collecting taxes Large sums of money were spent funding wars with England and helping the U.S. during their revolution Important People France In Debt New constitution made taxation more equal, abolished the regime, made Declaration of Rights of Man (all men are equal to liberty, property, and safety. The third estate wanted to make their own estate, so they made the National Assembly where they created a new constitution. Third estate took the Tennis Court Oath after being kicked out of the meeting of the estates. Clergy and Nobility didn't have to pay taxes Clergy Nobility Commoners An assembly where representatives from each of the three estates met Started when King Louis was sent to the guillotine King Louis XVI was sent to the guillotine because he was found guilty by the National Assembly for being an enemy of the revolution. Marie Antoinette who was the wife of Louis XVI was also sent to the guillotine. National Assembly Social Classes King Louis XVI-King of France Charles-Alexandre de Calonne-General of finances, proposed the idea that first two estates should pay taxes too Napoleon Bonaparte -French Corporal, leader of France after the French Revolution Leopold II-Holy Roman Emperor, was going to restore the French Monarchy with King William Frederick II King William Frederick II-King of Prussia, was going to help restore the French Monarchy with Leopold II Estates-General