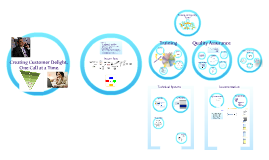 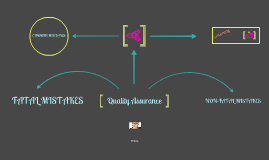 Transcript: Applying all the greetings. Explaining the products + Asking the qualifying (survey) questions. Ask for the patient’s email. Offering other products. Taking the correct DR’s info. Getting the secondary ins info (ID#+ Telephone number) Recapping the pt’s shipping address. Giving out the toll free number. Conducting a conference call with the DR’s office (verify if the pt currently sees the doctor, Fax #,NPI #, the name of the nurse) Recap the products with the pt. End the call in a courteous manner. NON-FATAL MISTAKES Offering all the products. Recapping shipping address Recapping all the products Asking all qualifying questions Mentioning "OWL" if needed Speaking in Arabic. (100 pounds) Conducting the right conference call Mentioning that we have to get the DR’s approval first. 2 Enrollment/MISTAKE. "TYPICALLY” AND “SHOULD” when needed. “OUR GOAL is” if needed. Never Provide the patient with false information Thank you Quality Assurance Active listening FATAL MISTAKES Put the patient on hold or mute for a long time without informing the patient. Reflective listening “We will provide you with the insulin.” “The back brace goes on the shoulder and helps with pain associated with the shoulders.” “The insulin pump is just like needle but instead it’s a pump” Not applying the right rebuttals. Never have attitude while talking to the patients, nurses nor RBS reps Handling The Call SLM “works on batteries/ push a button to lift you up/ can be used in the car seat” In active listening Giving out the Toll free number Catheters and CPAP’s ( The pt must be using them already) Selective listening KB has two types the “fixed and the flexible” COMMON MISTAKES “OWL helps to get you secondary ins.” Call Flow Listening Exerting effort with a potential customer 50 POINTS/ MISTAKE PVT INS, mentioning the conference call 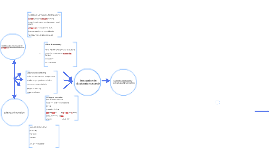 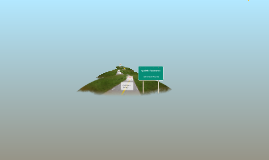 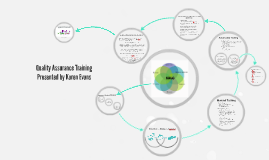 Transcript: White Box Testing Unit - Test each individual UNIT Integration - Test all units after they have been INTEGRATED together Why Automate Tests? Increased Test Speed, Test Efficiency and Software Quality Decreased Costs and Shorter Time to Market Increased Confidence Greater Test Coverage What Manual Tests can be automated? Unit Tests Regression Tests Performance / Load Test Functional Tests Test Execution, Reporting, and Closure What should you ask your QA candidates? Automated QA runs the SDET's test script with the push of a button. QA will document which tests pass or fail. This QA can read, modify, and execute the programming language in which the tests are written. (thank you) What should we ask our clients about their QA requirements? What is being tested? Client/server, web, mobile, cloud? Front-end, middle / web services or backend testing? How are you testing it? Manual or Automated? Agile / Scrum? TDD or BDD? What tools will you be using? Perhaps the client has not chosen a tool so it is good to ask if this person will be responsible for tool selection. If automated - Is this person building the automated framework from scratch? Are they writing test scripts or are they doing record / play? What programming or scripting languages do they need to know, if any? Black Box / Systems Testing Usability – Is it USER friendly? Functional – Does it FUNCTION correctly? Performance – Does it PERFORM correctly? (Load, Volume, and Stress tests) Security – Is it SECURE? Tests vulnerability to outside attacks? Find out the candidates area of expertise. Do they like testing front-end (HTML/CSS/JS) or do they prefer testing backend applications? Mainframe? IVR? etc. Who creates test plans on their team? Manual or Automated? If both, what was the percentage on your last project? How many test cases did you automate on your last project? Did you write the test scripts from scratch or was that the responsibility of the developers? Find out any and all OO and scripting languages they know! Do you keep up with new open source tools? If so, which ones? Do you have a GitHub account? It is very important to gauge a QA's ability to work on a team. Assess communication and technical ability as it relates to the job. Test Environment Setup Create the Test Plan Front End vs. Middle vs. Backend Prepare the list of software and hardware needed to set-up test environment. Environments could be a Test Lab or Emulators. Record and Playback "R/P" After Systems Testing comes… Smoke – Was the basic functionality met? Acceptance – Does it pass ACCEPTANCE criteria / client requirements? Regression – Tests any code changes made to the system after it’s been deployed Software Testing Life Cycle Test Case Example Definition: QA with a background in Development who takes a manual test case, converts it into a script, and saves script into a code repository. The manual test case is now a repeatable, automated test script which can be run over and over again with the simple push of a button. Quality Assurance Training Presented by Karen Evans Bugzilla JIRA Quality Center / ALM RedMine FrogBugz ClearQuest, etc. Test Plans provide a road map and feasibility check of resources, cost, and schedule. It asks the question: "What needs to be tested and how?" Software Development Engineer in Test "SDET" Automated Testing Tools Selenium Web Driver (Any OOP language) Watir (Ruby) SoapUI (Groovy) TestComplete (.NET, C++) Visual Studio Test Suite / Coded UI (C#.NET) QuickTestPro (VB Script) Unit Testing Tools JUnit NUnit xUnit TestNG (Java Testing Framework tests Unit+Integration) BDD / TDD Cucumber (Gherkin) JBehave (Java) RSpec (Ruby) Mobile SauceLabs Plus many, many more! Create and Execute test cases. Report findings to team Work with Developers for resolution to bugs. QUESTIONS? Manual Testing Automated Testing Defect Tracking Tools 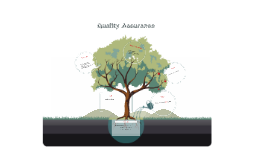 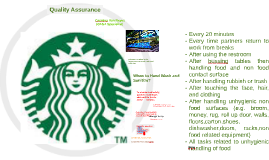 Transcript: Quality Assurance Carmina Van Reyes (QASA Specialist) Hi Partners! What is the importance of Hand wash and Sanitize? When to Hand Wash and Sanitize? Every 20 minutes Every time partners return to work from breaks After using the restroom After bussing tables then handling food and non food contact surface After handling rubbish or trash After touching the face, hair, and clothing After handling unhygienic non food surfaces (e.g. broom, money, rug, roll up door, walls, floors,carton,shoes, dishwasher,doors, racks,non food related equipment) All tasks related to unhygienic handling of food To ensure food safety, partners must wash and sanitize hands every __ minutes. Remember that using HAND SANITIZER is not enough to properly clean hands. Follow the procedure: 1. Rinse 2. Soap & Scrub 3. Rinse & Dry 4. Sanitize SANITIZERS remove the residual microorganisms left after hand washing. This is how we Hand wash and sanitize here in Starbucks MOA Arena. :) enough to mp yge Let's talk about our 3RD Place. Do you know who is Joey Amisolo 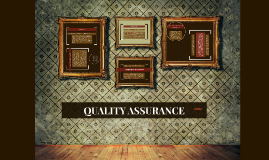 Transcript: Lindsay balances a long commute, a husband, a young son, and trainings both in and out of town, with demanding hours and the drama of a mostly younger photography team. Social Media and Marketing Manager MGM Grand Las Vegas,NV I chose to interview Lindsay for a variety of reasons Lindsay is my manager, whom I get to work with directly. She is driven and one of few females in a managerial role that I know personally. She is young and ambitious. She directly oversees a team of 11 tightly knight individuals with very specific duties and processes. Reasons for interviewing Julia Lindsay oversee's two teams of photographers, data specialists and social media specialists that promote the inventory of 16 Arizona automotive dealerships, including high end branding such as Mercedes Benz, Audi, Jaguar, Land Rover, Maserati, Ferarri, and Bentley. Matthew Corrington Interviewed by: Duane Dennison Chief Information Office - Dysart Unified School District I decided to interview Julia because of the major impact that her job has on the entire MGM Grand organization. Julia has developed and implemented numerous policies and procures leading to increases in revenue throughout the company. She is a young leader among the company who is quickly rising to the top. Julia excels at all challenges she faces and implements newly proven marketing tactics. I see her as a successful businesswoman with a wealth of knowledge and experience. Lindsay started with the company as a receptionist and has only been with the company for a little more than three years. She has not only developed the department, but has grown it from a department of one to eleven and continuously growing as new aspects are continually added and expounded upon. Julia graduated from a very prestigious college in Vancouver,BC with a Bachelors in Communications with a focus in media studies. After graduation she worked at an optics company named clearly contacts where she established a legacy by beating all sales records which still stand today and implementing various policies. Currently Julia is working at MGM Grand with numerous high profile companies establishing marketing relationships within entertainment. Julia Fay LINDSAY CALLAWAY Some of her team members have been with the company for many years while others have only been there a few months. She must keep each team member happy while also keeping the team productive and maintaining high standards of quality and consistency. John Andrews Interviewed by: Matthew Corrington John is the CIO for the Dysart Unified School District in Surprise, Arizona. He is responsible for overseeing the technology that is used in the district. For technology our customers are the staff and students in the school District. With this in mind we service over 30,000 customers. The main goal is to keep the technology working and available to assist in education of the students. John Fay Interviewed by: John Fay Julia is an expert in various social media platforms, international marketing, and campaign management at MGM Grand hotel and casino. She has a direct impact on customer satisfaction in relationship to digital media by establishing a customer following via Facebook, Twitter, Instagram, and numerous other forums. QUALITY ASSURANCE BACKGROUND TMC 331 Final: Group Presentation Duane Dennison E-COMMERCE MANAGER, PENSKE AUTOMOTIVE GROUP, SOUTHWEST REGION