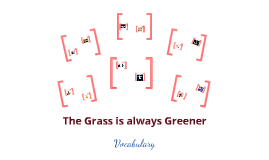 Transcript: sensation (noun) the spiritual part of humans as distinct from the physical part You can feel in your soul the right direction to take in life. It’s wonderful to find your perfect soul mate. realization (noun) impatient soul long for Be able to tell the future You are predictable. You go to bed every night at the same time. Noun: prediction Verb: predict Adverb: predictably Antonym: unpredictable impatient (adjective) fantasy (noun) take for granted take for granted (expression) discontent (noun) in the past; in an earlier period or age; previously He had been a businessman formerly. Now he’s a gardener. Adjective: former gesture fright (noun) soul (noun) gesture (noun) sensation sudden and extreme fear; a sudden terror The angry dog gave the quiet, little dog a big fright. Verb: frighten (meaning to create that feeling) Adjectives: frightened, frightening Adverb: frighteningly (used to decribe an adjective, like simple) fright realization formerly The Grass is always Greener a feeling, related to your emotions or your senses: taste, touch, sight, or smell When the dog bit him, he had a sensation of pain. When my mother died, I had a sensation of numbness. Adjective: sensitive, sensational Adverb: sensitively, sensationally Verb: sense fantasy long for (phrasal verb) the creation of a mental image, usually amazing or wonderful They have a fantasy of finding a pot of gold at the end of a rainbow. Verb: fantasize predictable (adjective) discontent unsatisfied, not content, unhappy Emigrants may have a lot of discontent about the lack of job opportunities in the country of their birth. Adjective: discontented Adverb: discontentedly Antonym: content not patient, not willing to wait The man was impatient to getting going. Canadian children are impatient for Santa to bring them presents. Noun: impatience Adverb: impatiently Antonym: patient to have a very strong desire or craving for something; yearn; wish Gloria Estefan longs for Cuba, her native land. Also long to: Gloria Estefan longs to go home. Noun: longing predictable formerly (adverb) not appreciate something until it is gone; undervalue We take the planet for granted. We should take care of it. He took his friendship for granted. Don’t take your life for granted. a movement of the hand, arm, body, head, or face that is expressive of an idea, opinion, or emotion The robber made a threatening gesture to me. Verb: gesture He gestured hello to me by waving his hand. the act of becoming fully aware; understanding He had a moment of realization when he discovered his wallet was missing. He must have left it at the store. Verb: realize Vocabulary 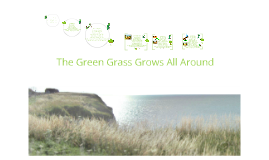 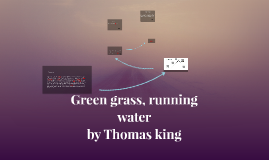 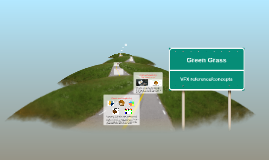 Transcript: Sign and Background VFX Ref/Concepts Reference Image Citations Footage 7) 35) For this VFX shot I decided to try to go with a bit more of a subtly distorted look. I looked up heat wave/mirage effects which I plan on adding to b-role of scenery passing behind a car (possibly from Warrens F3) For the first VFX shot of the movie I decided to go with with showing Rob working on different pie charts and graphs as opposed to a spreadsheet document because they're a bit more colorful, and also because I think it would be easier to morph a couple pie charts and line graphs into a twisted, dark, computer demon. 1) 46) Heat Distortion Waves 45) 23) 25) 36) 3) VFX reference/concepts 34) 38) 8) 31) Trippy Jesus VFX Slap-comp Charts and Graphs VFX Slap-comp Concept 5) 6) Computer Monster VFX Slap-comp Sign and Background VFX Slap-comp 49) 37) 43) 9) Green Grass Chromatic Aberration 50) 44) If I happen to have some spare time at the end of the VFX construction cycle I may decide to revisit my original idea and put the mountains/trees back in. But only if time permits me to. For now this should play off as a nice subtle send off to the audience. 26) 31) 30) 28) 52) 42) When we first look at the front of his laptop we should see a quick insert of Rob working on a series of pie charts and graphs for a presentation he's working on for his job. On the right is a rough animation of what it should look like. I decided to get rid of the trippy sky and go with heat distortion waves for the B-role footage in the background. I also plan on matching the lighting on Rob's face for this shot to the other shot's in the car. For the Trippy Jesus VFX shot I decided to go for a similar look towards the Pupil Dilation VFX shot. I plan on using a combination of chromatic aberration and heat distortion to create a trippy trail of colors that trails Jesus/Kevin when he moves combined with the heat distortion waves from the passing scenery in the background. 51) 47) The pie charts and line graphs at this point will morph into a hybrid chart/graph demon that attacks Rob. The drawing in the top right corner is the concept of the poop monster that Kiante drew up which I plan on going with as my final concept. I also spoke with Darrel and he expressed interest in creating a 3d head in Maya for me, but this slap-comp best represents what I'm going for. Pupils Dilate Background VFX Ref 40) 39) 48) 2) 41) This VFX shot represents the turning point of Rob's drug trip from peaceful to terrifying. When he looks down at his computer at the pie chart presentation he's working on it'll begin to ooze out of the screen and morph into a demonic blob-like poop monster that attempts to attack him. 33) For this VFX shot I was attempting to create a slap-comp in Sketchbook, but when I was altering the colors on different layers they weren't coming out as vibrant as I hoped. I did just recently find out that the computers in the lab on the 3rd floor finally had photoshop installed and plan on experimenting further with chromatic aberration and heat distortion waves after dailies. But I do have a clear image of how I want this shot to look, I want the chromatic aberration on Jesus and the wavy heat distortion waves on the scenery in the background 4) 24) Trippy Jesus VFX Ref/Concepts 29) 27) For this VFX shot I was going to add mountains, pine trees, and extra sky in the background but it may prove to be a bit more of a challenge than I previously anticipated so I decided to just go with my original idea and put a simple 420 mile marker sign up on the side of the road next to the car driving off into the distance. Charts and Graphs Ref 21) 22) Computer Monster VFX Ref/Concepts Pupils Dilate VFX Slap-comp 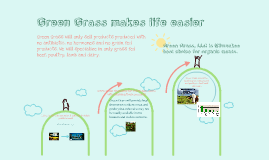 Transcript: Green Grass eliminates the travel asscoiated with obtaining these products Green Grass can help Living in the city can make it difficult to obtain grass fed meat Green Grass, LLC is Milwaukee best choice for organic meats. Green Grass makes life easier Green Grass will provide local downtown residents meat and poultry that otherwise may not be readily available in one location and so close to home. Green Grass offers the best organic raised meat and poultry in Southeast Wisconsin Green Grass will only sell products produced with no antibiotic, no hormones and no grain fed products. We will specialize in only grass fed beef, poultry, lamb and dairy. 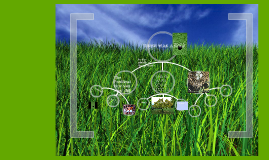 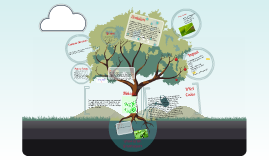 Transcript: insected.arizona.edu/ghopperinfo.htm www.biokids.umich.edu/critters/Acrididae www.sidney.ars.usda.gov/grasshopper/ ehow.com www.biologyjunction.com/ Grass Hoppers share common anchestors with locusts and crickets. Grasshoppers have both a good an bad impact on the earth. -Good Poop enriches soil Food source for other animals -Bad They can destroy crops Grasshoppers have evolved over the years in many ways. Their sounds have evolved so much that we can now hear them over the loud sounds of traffic. Now scientists are wondering how this will effect them. This really shows how all animals will eventually evolve because of new factors to the environment. If this adaption hadn't happened then grasshoppers would have gone extinct. All grasshoppers can live between 3 months to 7 years. Most don't live very long due to predators. These grasshoppers eat leaves, flowers, stems, and seeds. Their predators are birds, lizards, and spiders. They all take part in natural selection, which determines which grasshopper is the fittest. This also creates speciation, because grasshoppers have to adjust to what they eat the most and how to avoid predators. These grasshoppers live temperate grasslands and rainforests The DNA code in every species of grasshopper in different. Some may have longer jumping legs or be a different color. That's why different colored grasshoppers or grasshoppers with different characteristics have different names. So this really shows us how DNA codes for protein determine the traits of an organism, which is the genotype that determines this. They also have large eyes and small antennae, so we can assume that these are dominant traits. They have slender front wings and large back wings, and this is hereditary. these characteristics are also known as phenotypes. THE END! Where They Live Impact Female grass-green grasshoppers can lay around 200 eggs during their lifetime. They usually lay their eggs in ponds and if it's really cold, then the eggs will lay dormant until it is warm enough for them to mature. Life span Evolution Common Ancestors Hesperdettix speciosus Food Male vs. Female Grass-Green Grasshoppers Meiosis DNA Codes To tell which one is a male or a female, you would have to see the abdomen. Males have a more rounded abdomen and females have a tapered abdomen due to laying eggs. The rounded abdomen we can assume is dominant since it shows up in all males, same with females, if the females didn't have tapered abdomens then they wouldn't be able to lay eggs. 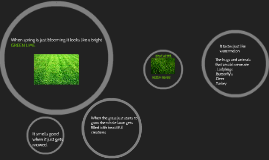 Transcript: BY:CLOHIE GREEN GRASS It tastes just like watermelon The bugs and animals that would come are . Ladybugs .Butterfly's .Deer .Turkey When the grass just starts to grow the whole lawn gets filled with beautiful creatures It smells good when it just gets mowed. When spring is just blooming it looks like a bright GREEN LIME