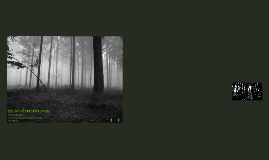 Transcript: QUALITIES: 1)AL-Khushoo: The first quality as described in verse 2 of this Surah ,meanings of calmness,dignity, and humility. Turn away from falsehood:encompasses all acts of sin, including the greatest[10] of them i.e. Shirk in Islam, and any words or deeds that are of no benefit Pay the Zakat:Verse 4 says that the believers pay Zakat, i.e. poor-due that is paid on one's wealth Avoid Zina:Zina (extramarital sex) is one of the major sins in Islam concerning which stern warnings have been issued and is termed as "HARAM" Strictly guard their Salaat: verse 9, Allah mentions preserving of Salaah (the formal Islamic prayer) as one of the important characteristics of successful believers. Good news of paradise for the believers:After mentioning the characteristics of the successful believer, God gives them the good news of Firdaus. Surah Al-Mu’minon is the 23rd Surah (chapter) of the Qur'an with 118 ayat (verses). 1. Successful indeed are the believers 2. Who are humble in their prayers, 3. And who shun vain conversation 4. And who are payers of the poor-due 5. And who guard their modesty 6. Save from their wives or the (slaves) that their right hands possess, for then they are not blameworthy, 7. But whoso craveth beyond that, such are transgressors (Zina) 8. And who are shepherds of their pledge and their covenant, 9. And who pay heed to their prayers (Salaat). 10. These are the heirs 11. Who will inherit paradise. There they will abide. A brief translation of the first 11 verses is as follows ISLAMIAT PRESENTATION 3) 1)When something is placed in his trust, he commits breach of the trust, 2)when he speaks, he tells a lie, 3)when he makes a promise, he breaks it, and, 4)when he has a quarrel with somebody, he exceeds all limits THANK YOU :) PRESENTATION MADE BY: SYED MUHAMMAD BIN TARIQ THEME OF THIS SURAH : 4) This Surah deals with PRESENTED BY: SYED MUHAMMAD BIN TARIQ MEHROZ 1)The fundamentals of faith (Aqidah) 2)Tawheed (Islamic Monotheism) 3)Risalah (Messengership) 4)The supreme Judgement of God Al-Mu’minoon fact that man shall die and shall be raised up on the Day of judgment His providing of domestic animals with various benefits for man His creation of the heavens and the earth sending down rains and growing plants, trees and fruits God's creation of man 2) Four characteristics of a hypocrite 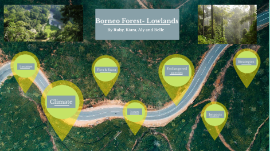 Transcript: Borneo Forest- Lowlands By Ruby, Kiara, Aly and Belle Location The island of Borneo is south of Hong Kong, East of Singapore and north western of Australia (see figure 1) Within the South-East Asia region Boreno is split up into seven eco-regions: - 4 areas of lowland forest (Swap forests, Heath forests, Freshwater swamp forests and Mangroves) - The central Borneo montane rain forests - Kinabula Montane alphine meadows The lowlands cover 427,500km Location Figure 1 Figure 1: World map highlighting Borneo Figure 2: Map of Borneo showing the lowlands area Figure 2 High rainfall (2000-4000mm of rainfall per year) Intense tropical environment Temperature ranges from 25 degrees to 35 High humdity levels Dense forest Climate Climate Figure 3: The high amounts of precipitation Figure 3 The fauna within the region consists of a vast range of forest animals. This includes: - the least pygmy squirrel – the world’s smallest squirrel - the Asian elephant – the largest mammal in Asia - Sumatran rhinoceros – critically endangered - Borneo oranguatan – endangered - Borneo bearded pigs - Borneo yellow muntjac deer - Muller’s Bornean gibbon - Horsfield's tarsier - Sunda slow loris - proboscis monkey – endangered - endangered clouded leopard Fauna Flora & Fauna Flora Flora At least 15,000 plants, of which 6,000 are found nowhere else in the world, can be found in the swamps, mangroves, and lowland of the island. The Heart of Borneo is home to around 10,000 of these. The Borneo is home to many species of orchids. Almost 3000 species. They grow best in 70-90 degrees so be sure to dress light. The Thrixspermum Erythrolomum is one of the 51 orchid species discovered on the island of Borneo since 2007. Approximately 3,000 magnificent species of orchid can be found here, more than anywhere else in the world. Some plants in the borneo forest are: o Corpse flower o Pitcher plant o Carnivorous plant o Wild orchids o Podochilus marsupialis o Trichoglottis tinekereae Examples Flora The Thrixspermum erythrolomum is one of 51 orchid species discovered on the island of Borneo since 2007, 37 of which were found in the Heart of Borneo. This wild endemic orchid has been found at the Gunung Trus Madi, Malaysia’s second highest mountain at 2,642m, close to Gunung Kinabalu. Wild Orchid Figure 4: A wild orchid Flora Only half of the forest cover remain today Deforestation/land clearing (palm oil plantations, illegal logging and fires lead to deforestation or land clearing Deforestation can lead to loss of species because the animals homes are being destroyed which makes them have to live in an unsafe environment Illegal wildlife trade (clearing forests gives humans easier access to inside the forests and to more animal species which they will hunt Issues Issues Figure 5: Forest fires for deforestation Figure 5 • Endangered animals in Borneo include includes pygmy elephant, proboscis monkey, sun bear, clouded leopard • The palm oil trade is a significant factor in the decline of the pygmy elephant • Approximate population of pygmy elephants currently is 1500 • Due to deforestation the elephants have no food • They eat approximately 300 pounds of vegetation a day • The elephants don’t have native food so they eat into palm plantations • Plantation workers kill the elephants because they eat the food Endangered species Endangered species Figure 6: A clouded leopard. This species is on its way to becoming endangered Figure 6 • Deforestation, palm oil plantations, illegal logging and forest fires are the major impacts of the decline of Borneo • Hundreds of species have become extinct • Large mammals are most at risk Impacts Impacts Figure 7: A map of the forest cover loss in Borneo over the years Figure 7 • ‘The Heart of Borneo’ is a forest conservation organization helping to protect the Borneo Forest • The company has created national and international policy advocacy, WWF links and stake hold involvement • current protected areas are too vulnerable to illegal logging, illegal wildlife trade and forest fires • New protected areas will need to be created and deforestation needs to cease Strategies Strategies Figure 8: "Heart of Borneo" is an organisation that helps to protect Borneo forest Figure 8 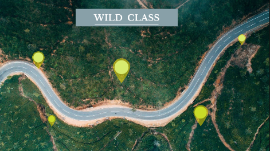