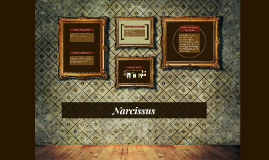 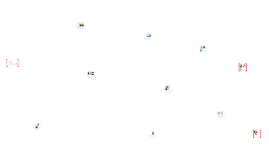 Transcript: CAKE AND TOPPERS!! The service will be held at the Grand Ole Opry Hotel, the day will be May 15, 2013 at 5 p.m The Grand Ole Opry Hotel $1,300 CEREMONY brides flowers SERVICE For the aisles. For each pew. WHO IS GETTING MARRIED? INFORMAL/FORMAL? DECORATIONS&FAVORS!! Male and bride rings. Boutonniere FLOWERS THE WEDDING! BY: BAYLEE GRIFFIN WEDDING AREA!! maid of honor/bridesmaid flowers Favors. The ceremony will not follow any religious customs or traditions, they want a church pastor to perform their wedding. Corsage Chris Pine The cake will cost $50 and the topper will be $25 RING BEARERS/FLOWER GIRL The throw away bouquet. The wedding will be formal, like dresses or khakis. Tuxedo's will be worn for the groom/groomsmen. The bridesmaid/maid of honor will have light pink dresses. Her dress will be big and white. Julianne Hough The cake and the wedding cake topper. FOOD! They want a buffet type deal for the wedding. 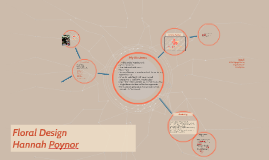 Transcript: Legal Fees: 2,000 Permits: 2,200 Equipment: 10,000 Supplies: 6,000 Insurance: 4,000 Advertising: 2,500 Salaries:22, 670 Utilities: 1,000 Rental Fees: 1,750 Total: 52,120, average a year Strengths: Our florists will make sure the arrangments are what you want We are careful in our pickings of flowers for your arrangment Weakness: May take a while, order needs to be placed a week in advanced Antique Heather Owners: 65,000 Associate : 50,000 Bookkeeper:58,000 Tax Staff (seasonal): 43,000 administrative staff: 22,670 It will be a Sole Proprietorship Service to others New Independent Business 9am - 4pm Business Purpose is to make and sell flowers for any type of occasion 5 Florists, each florists will make and sell arrangements 22,670$ for yearly salary 2 part time delivery people, 8$ an hour plus paid gas Single flowers to Massive floral arrangements My business is personal and we are sure to meet any and all of your needs http://www.logogenie.net/paiement/inscription We will personally create your arangment with every little detail carefully craeated Other companies make arrangements, but dont personally think about what they are creating My Business owner Manager and Assistant Manager Florists x5 Delivery People x2 Floral Design Hannah Poynor Personnel Plan Antique Heather vs. Others Off of Eldorado right before Stonebridge In McKinney, Not busy area other buildings attached Target Customer: Any age, Anybody Since everyone is in my target market, I will make sure I have all types of arrangements with different colors to suit all different tastes Direct competition: Grocery stores who personally make floral arrangements Indirect: Business who make food arrangements such as Edible Arrangements Marketing 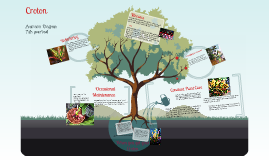 Transcript: Repoting- Young plants should be repotted every two years then repot until you reach the size that you want the plant to be. Spacing, young plants are usually two or three in a container, but after a year you should repot them into different containers This plant is toxic when consume in large quantities, the sap (which is in every part of the plant) can cause blisters, skin rashes, nausea/ vomiting, diarrhea, and burning on mouth. Something to remember Propagation- take the cutting and dip in to root hormone before inserting in a half and half mix of sand and peat moss. They will root in about a month. CARE A croton leaf that has parasites on it This plant is susceptible to spider mites, fungus gnats, mealy bugs, caterpillars, scale insects, shore flies, white flies and thrips. Aurora Dagen 7th period SOIL- humus rich soil is the best kind for this plant Temperature- keep the plant at 60 to 80 F. Keep plant away for extreme temperature changes such as cold drafts in the winter Watering- Water regularly keep soil moist but well drained, and water less during the winter. Under watering will lead your leaves drooping Over watering will lead to your leaves wilting. Fertilizer the plant once every two weeks with liquid house plant fertilizer. You do not have to fertilize during the winter. Sunlight- this plant requires direct sunlight to give the leaves with bright colors. but do not leave the plant where it will get the mid day heat. This plant does not do well with extreme temperature change. Trimming- cut the plant back during the spring and you can propagate the trimmings make a soap solution using a mild detergent and spray it on the bug infested area. Do not use this spray on young and tender plants simply soak a wash cloth in solution and clean the infested areas. Heavy should be treated with house plant insecticide. Croton Illnesses WARNING Do not move plant much, It goes into shock easily, or it starts to lose it's leaves. Do not get rid of plant. Water it regularly (keep soil moist but well drained) Keep humidity high either by misting daily or a putting it in a tray of pebbles and water. When you get your Croton Occasional Maintenance Constant Plant Care This plant may seem hard to grow, but if you care for it well by providing for all of it's needs then you will have a plant for a long time. 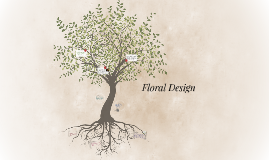 Transcript: Job Duties Although formal education is not necessary to become a florist, many colleges, community colleges, schools and universities in the United States and Canada provide Floral Design and Floriculture diplomas, and certificates or degree programs. These programs can be highly recommended as they also offer some classes in flower and plant identification and also floral design concepts/techniques. Bachelors degree: 4-5 years degree in Fine Arts degree in Botany degree in Business Education needed Retirement Plans For some self-employed people (such as an Interier designer and a Florist), you can get what is called a Simplified Employee Pension (SEP). Contribute as much as 25% of your net earnings from self-employment (not including contributions for yourself), up to $53,000 for 2015. Grow or order flowers from wholesalers to ensure an adequate supply that meets the customers needs Determine the type of arrangement desired, the occasion, date, time, and location Any recommended flowers or greenery for each arrangement Consider the customer's budget when making recommendations/arrangements Answer telephones, take orders, wrap arrangements I chose this career because I have always admired the flower arrangements and the work my mom had done for many people and friends, my brother and I would always help her cut and arrange the flowers as she wanted. And I also chose this job because I love flowers, especially Lavender and Lilies. The majority of florists work regular, full-time hours, which can vary depending on the location of a particular store. Florists may also have to work evenings and weekends as hours dictate, and they may have to work these hours in order to prepare floral arrangements for funerals, weddings, parties and other occasions. Florists also have to work Christmas, Valentine’s Day, and Mother’s Day, because these are the busiest days for florists. Florists that are self-employed may work extended hours, as they might have additional jobs to perform outside of work hours, including visiting floral markets very early in the morning. Vacations Daily life Promotions for florists is somewhat limited. As some positions of head floral designer, shop manager or owning one’s own floral shop are basically the only opportunities for advancement in this field. Pursuing formal design training and certification, gaining experience and demonstrating one’s creativity and ambition are the best ways to advance as a florist. Promotions Why did i choose this Career? Hourly rate: $10.19-$16.89 Overtime: $1.47-$22.99 Bonus: $0.00-$515 Total Pay per year: $21,446-$36,782 Floral Design Salary For florists they are mostly self-employed so they get to pick their vacations, but for florists who are in a company/industry their boss gets to choose their vacation. 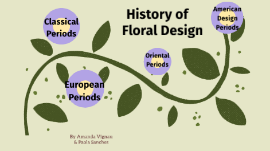 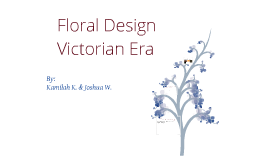 Transcript: Floral Design Victorian Era The Victorian era lasted from 1901 to 1920 and originated in England. Some common flowers used were: roses, tulips, lilies, anemones, dahlias, fuchsias, asters, and bleeding hearts. Time period & Origin Great Britain and its great empire had a big influence in the Victorian era, including its architecture, clothing, and home furnishings. Floral designs in this era became more lavish to the point of overflowing. The containers often used were flared vases or urns of alabaster, porcelain, silver, or pewter. By: Kamilah K. & Joshua W. Common flowers and Pictures Influences and Characteristics 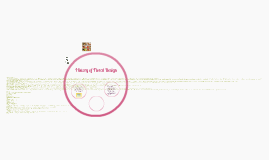